Broken Bernie Bros, Bat Flu Blues And Steak For You

Kurt Schlichter
|
Posted: Apr 15, 2020 12:01 AM
Share   Tweet
The opinions expressed by columnists are their own and do not necessarily represent the views of Townhall.com. 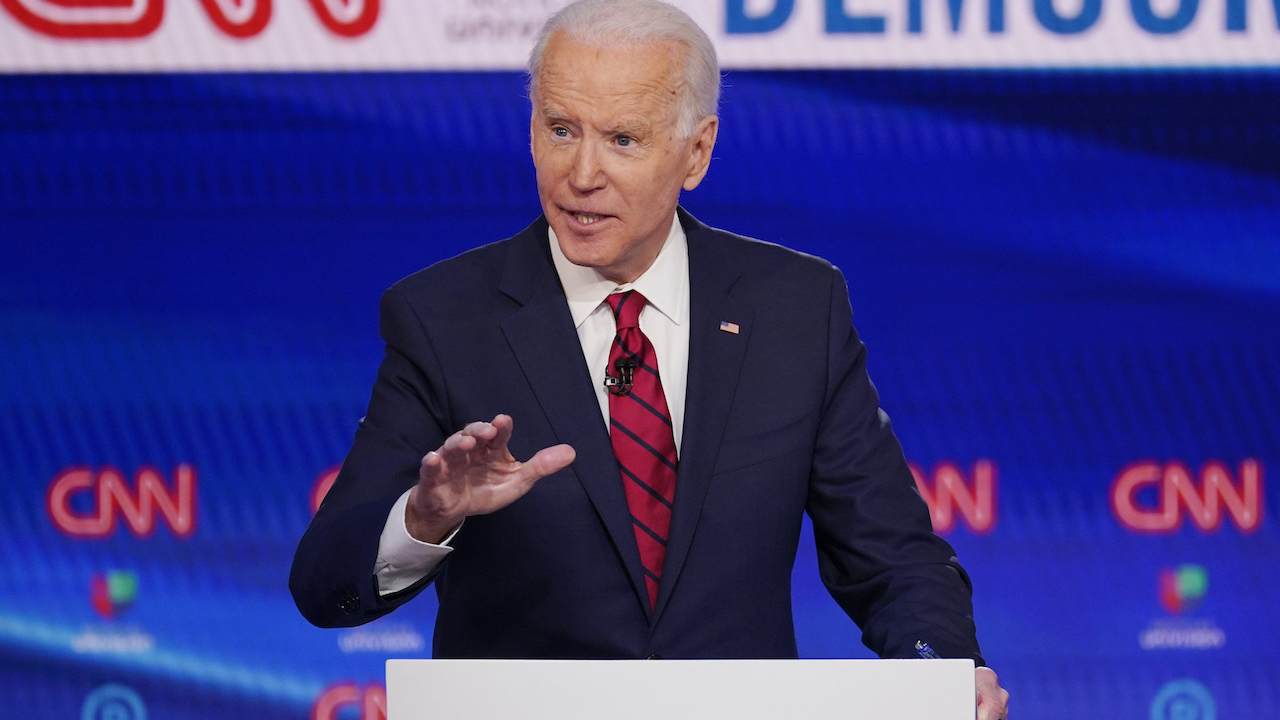 As this endless lockdown enters its 127th year, it’s good to know that good things are still happening, like the humiliation of people dumb enough to back Bernie Sanders. Also, the "I Freaking Love #Science" set is back pretending to occupy the moral and intellectual high ground over us backwoods rubes. Finally, if there is anything good about this crisis, it’s that I have improved my already near-perfect steak technique, which I shall share with you because I give and give and give.

Nobody loves to see leftist dreams die more than I do, and there’s a special joy when you watch these idealistic, free-spirited (and free-everything else) dreamers totally and utterly humiliated and broken. The image of that crusty communist crustacean demanding that his acolytes vote for the guy whose carried more water than the Mississippi for the credit card companies is positively glorious.

“We must come together to defeat the most dangerous president in modern history. I'm joining @JoeBiden's livestream with a special announcement.”

That special announcement is that he is endorsing Grandpa Badfinger. But what he’s really announcing is that B-Dawg’s whole candidacy was a giant joke designed to keep the credulous dummies who fell for his pinko bull-Schiff inside the Democrat Party. He was a placeholder who provided a helpful distraction while the DNC picked its puppet, Gropey Joe Biden (D-Access Hollywood). The Bros and Broettes and Broindeterminates really thought they were going to be listened to, that they were going to make a difference, that they weren’t just figuratively chasing a squirrel while the bigwigs giggled and made the real decision.

It’s hilarious. And Sanders is sitting back in one of his multiple houses giggling, having done his job keeping the silly sophomore socialists from gravitating to some third party that actually believes that Marxy nonsense.

Remember, suckers, that Trump’s the problem! Yeah, the guy who the big corporate guys hate, who the banks hate, who Wall Street hates, him! Yes, him! Now, you must vote for the guy who sucks up to the bat-gobbling Chicoms, who the big mega-corps love, who ran cover for the banks that charges you 27% interest on your credit card charges for buying all that kale, those vinyl records and your ironic 70s classic rock concert t-shirts.

Workers of the world unite – you have nothing to lose but your self-respect.

Who Cares If 30% of Americans Believe the Chinese Coronavirus Was Created in a Lab?

So, 3 in 10 people think that the Kung Flu came from a lab, according to CNN and  5th tier Twitter blue checks, your go-to source for narrative-reinforcing disinformation. Now, even assuming this is true, there’s some ambiguity there. Do they believe it was Frankensteined by some ChiCom scientists or that those scientists were messing with bat bugs and some got out somehow? Who knows, but it’s a great opportunity for our blue check betters to posture about how much smarter and sophisticated they are than those science-hating rubes from Jesusland.

Except, even leaving aside the ambiguity of whether they think this new grippe was whipped up in a lab and somehow got out or whether it merely escaped from a lab while being studied, no one knows anything.

I don’t know if this was created by mixing and matching genes in a test tube. Neither does anyone else. Now, what do I think happened? I think that out there in the populations of weird animals there is a reservoir of weird viruses that never should cross paths with people and yet do because of the inexplicable desire of some people in China to eat bats and other weird stuff.

Don’t eat weird stuff. These words should provide guidance for everyone throughout the world.

But the point is that nobody knows nothing. And the idea that this is a crazy notion is itself crazy. It’s not a secret that governments experiment with dangerous pathogens, nor is it a secret that there are incompetent idiots in government who are perfectly capable of letting their mutant strain escape. I don’t think that’s what happened, but I don’t know. Nor do the members of the smart set who scoff that the suggestion that communists might be playing with viruses in a lab.

Moreover, I’m not sure that anyone needs to be lectured by science-loving lovers of science who take their science cues from the scattered and overwrought ramblings of weird Swedish teenagers. And if you insist there are 72 genders, please do not presume to science at me or anyone else.

I am trapped inside and other than writing my awesome fifth conservative action novel (Check out the first four: People's Republic, Indian Country, Wildfire, and Collapse! )– I am cooking a fair amount (though I do try to support local restaurants as much as possible). So, that means meat, because I am a man.

Except my grill is dead. What is it with grills that they last like two years and fall into ruin and disrepair? I’ll maybe write on my great grill search in future editions of this Townhall VIP column, but I wanna talk meat now. And all real men want to talk about red meat.

Let’s talk reverse sear. Note that I did a reverse sear steak for Stephen Kruiser, who is not shy about complaining, and he called that steak one of the best he’s ever had.

The idea is to cook the interior perfectly. People think you need to sear it first to “lock in the juices” but you don’t. You cook it low and (sort of) slow in the oven then sear it, preferably on a hot skillet. Using a thermometer, you can get a precise cook and it totally works.

You can get details on YouTube, but here’s how you do it. Get some good meat, preferably thick. It’s great for filets, for example. Get it out of the fridge and coat it with salt and pepper. I use some Cajun seasoning too (not a lot, just a bit). Let it sit for an hour or so if you can; this is nice to do but not essential.

Turn your oven to 250. Put the meat on a wire rack and leave it in until the interior temp is about 130 (for medium-rare). That’s usually 25-30 minutes. Pull it out, pop it on a skillet (I use a cast iron one) with some smoking hot oil (I use avocado since it smokes higher than olive oil), and char the outside, about 60-90 seconds a side. Also char the sides of the cut (if there’s fat, do that first to render some of it for cooking). I top the second side with butter because I rock.

There’s no real need to let it sit. Serve it sizzling. You are welcome.

Join up with Townhall VIP for near-daily chats with your favorite VIP reprobates, get my podcast, “Unredacted” every Monday, and also check out my new Hugh Hewitt-5caffiliated Salem podcast, “Fighting Words”!