Kurt Schlichter
|
Posted: Mar 25, 2020 12:01 AM
Share   Tweet
The opinions expressed by columnists are their own and do not necessarily represent the views of Townhall.com. 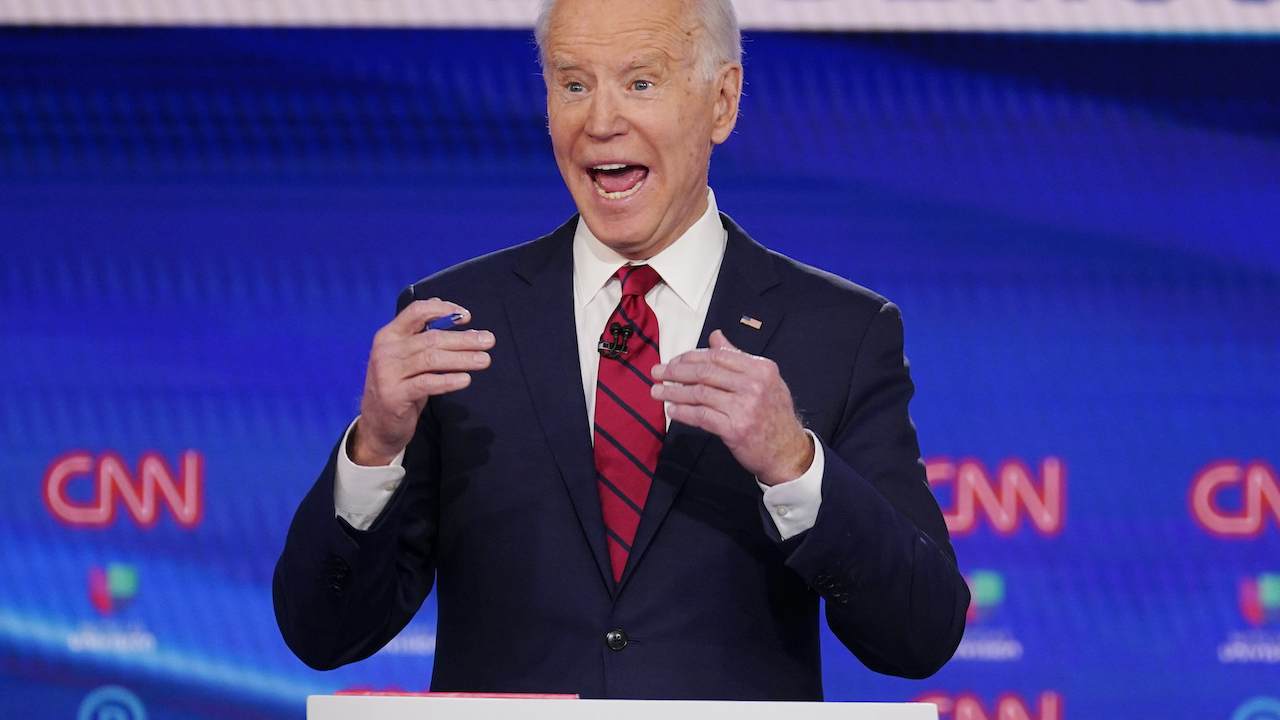 As powerful as the Chinese coronavirus is, it is not so all-powerful that it can gag the liberals’ lie holes. They won’t shut their fool mouths, and what they won’t shut up about is all unmitigated balderdash.

There are so many lies to choose from. There’s the tsunami of Asian hate lie, the Dems love workin’ folks lie, and the Joe Biden is not a decrepit weirdo lie. And, because I am bi-partisan curious, there are the lies the various GOP congressional and Senate campaigns keep texting me.

It’s all lies, all the time…

Lack of Persuasion About Attacks on Asians

I don’t cite the New York Times because I want it to die, so you are going to have to trust me that they had an article about the massive wave of attacks on Asians in the wake of the Chinese coronavirus. Both of them.

See, because Trump accurately identified that the virus came from Chinese people eating weird stuff and their commie dictatorship lying and dissembling, as commies always do, Trump has effectively declared open season on Asian people. As evidence, there is a dude in New York who some guys followed out of a Home Depot and said stuff to, and a girl in Scat Francisco to whom someone said something. These terrible events raise several important questions:

Question One: Why would we believe them? After all, most alleged “hate crimes” turn out to be caused by some frustrated SJW who is frustrated at the lack of hate crimes and has to gin up a fake one to raise awareness of what didn’t happen. I’m not saying that whatever these people in the NYT say happened didn’t happen. I can’t know that. I’m just saying I don’t believe a word of it.

Question Two: Why would someone get mad at an American over what a bunch of people in another country did? That’s just stupid, and while I am second to none in my expectation that some people will act stupidly in any given situation, it seems so transcendently stupid that I find the idea of it happening, much less that it happened because of Trump, not credible. Did these people sit around and say, “Well, Trump called it the ‘China Virus,’ since it’s from China, so let’s go hassle an Asian-American?” I find that to be unlikely to be a thing. Again, I understand that idiots exist – they form a core Democrat voting bloc – but really?

Question Four: What do Jussie Smollett’s town Chicago, New York, and Scat Francisco have in common? That’s right – they are all hotbeds of MAGA Christian GOP race hatred! Or not. So, what is it with liberal Democrat-run cities that there’s so much racial prejudice going on in them?

I remain unpersuaded that the Great Asian Backlash of 2020 is anything more than the usual media-generated guano designed to deter you from telling the truth, in this case, that the ChiComs (in association with our garbage globalist elite) are to blame for the Chinese Wuhan Bat Soup Coronavirus pandemic.

Did I mention that the virus came from Chi-na?

Here are some things that are more important to the Democrats than your livelihood and the livelihood of tens of millions of other working Americans: The creepy climate cult, making sure Dems can cheat in elections, the racial composition of companies, and literally every other obsession of the AOC silly sophomore set.

By the time you read this column, the Democrats might have gotten their pollsters’ feedback on their decision to torpedo the titanic Senate Wuhan Flu bailout and decided to throw in the towel. Or not. It’s clear what their goal is – they don’t even deny it. They think if they can spark a new depression, they will be the beneficiaries in November.

I think they are wrong. I think this obnoxious virus – the Chinese one that the establishment’s pangolin-munching pals accelerated – has had the effect of clarification. As with the TRUMP HAZ THE RACISM! baloney, it’s clear that the silly fetishes of our terrible elite do not matter anymore. We normal people have no time for silliness when things are collapsing all around us. But then, the MSNBCNN viewers who make up the woke demographic, the only demographic that matters to the Dem leadership anymore, do have time for this silliness. And even if they don’t, they make the time.

They are so invested in their insanity and posturing that they are willing to take a hit if that allows them the chance to take out the Bad Orange Man of Badness. And you and your family? Well, you’re collateral damage.

But then, you and your family are always collateral damage, aren’t you?

Is he in a box in Tom Perez’s basement? An attic upstairs? Maybe he’s a free-range loser, out wandering to and fro within a fenced meadow somewhere. But Gropey J sure isn’t front and center, because he’s only able to front that he’s centered. The Democrats are hiding him because he’s a weird, spastic, sinewy catastrophe, and if we had a media that didn’t room with Oscar the Grouch, we’d be hearing nothing but the plaintive wail of “Where’s Joooooooe?”

But the mid-wit media will cover for him, the truth and our safety and prosperity be damned. The guy is cracked, tweaked, ‘ed up as we used to say in the Army. You know, we had a guy who nailed his noggin in a motorcycle accident and he was a mess, but we took care of him. We let him do jobs he could handle – he wanted to contribute – and he made it to retirement. The difference is we never put him in a position where he could seriously mess something up or get someone hurt. To his credit, he never sought that – he just wanted to do his part as best he could with his injuries and we helped him do his part honorably until he got his 20 and retired.

But this Biden guy wants to be the president. That’s serious business. That means he would have a tremendous potential to get people impoverished and/or killed, and he’s manifestly unsuited to do the job and yet he’s demanding that he be allowed to give it a whirl. Sorry you’re nearing the last off-ramp on the senility highway, Joe, but we’re under no moral or ethical obligation to honor your delusions of capacity and hand you the keys to the Republic because you want them.

If the Democrats care more about Joe Biden’s dwindling dignity than their power, they’ll stop this madness. So you can be sure this madness will continue.

OK, if you GOP SOBs from the various congressional grift teams don’t quit pestering me with WE NEED 50 SUCKERS I MEAN DONORS IN YOUR ZIP CODE TO CONTRIBUTE B4 MIDNITE texts, I swear I will start giving Democrats cash, or in Big Chief Warren’s case, beads. Stop it. I already hate you because you suck and I’m tired of it.

If you are bored on lockdown, why not own the libs with my action-packed conservative novel Collapse, and the three other entries in the best-selling series, People's Republic, Indian Country, and Wildfire? America is split into two parts, one conservative and one garbage, and it gets real. As in real action-packed, and real mean to liberals. Enjoy! Buy them all, and also check out my Townhall VIP podcast, “Unredacted” every Monday as well as my new Hugh Hewitt-affiliated Salem podcast, “Fighting Words”!