Newly-Elected Democrats Let Their Masks Slip, Revealing the Fascists Beneath

Kurt Schlichter
|
Posted: Jan 02, 2020 12:01 AM
Share   Tweet
The opinions expressed by columnists are their own and do not necessarily represent the views of Townhall.com. 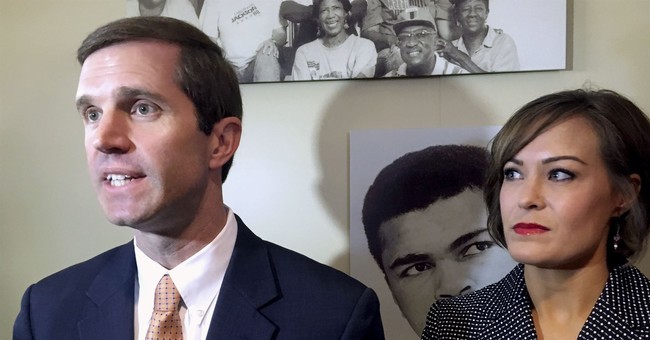 Since the 2018 elections, we have seen a lot of stupid people electing Democrats in state and local elections, and since the garbage Democrats have the garbage Midas touch – everything they come in contact with turns to a Scat Francisco sidewalk – these dumb voters are now suffering the consequences of their misguided trust in these aspiring authoritarians. Democrats win when rich donors pump money into races behind candidates who pretend not to be the gimps of the hard-left cabal that actually runs the party. And the radicals who got elected pretending to be not-insane are getting into office and doing all the insane stuff we warned the voters they would do.

There are no “moderate” Democrats. All Democrats are dangerous to your life, prosperity and freedom. They prefer churchgoers die rather than be able to defend themselves. They want newly-prosperous frackers to learn to code. They want you jailed for denying the climate cult or the fact that there are men and there are women and there is nothing else.

What’s the name of the Democrat who is willing to say, “I’m glad a half-dozen parishioners drew on that scumbag and capped his sorry butt. I’m thrilled millions of middle Americans are supporting their families through American energy independence. And I’m not going to say that men can menstruate or women can be fathers?” None. No significant Democrat will say any of these things, not even the inexplicably adored Tulsi Gabbard. They will say the opposite and, given the chance by stupid voters, will put each of their bizarre liberal catechisms into practice with the force of law.

Let’s look at the House. Over 30 Democrats got elected with the promise to be bipartisan and work together to solve problems and all that other mushy goo goo nonsense suckers lap up at election time. But the only “problem” they have worked to solve was that there was no Democrat in the White House. Except for a couple of courageous rebels, every one of those hacks who came into office promising the voters “No, I won’t be Nancy Pelosi’s gimp,” has totally been Nancy Pelosi’s gimp.

Gee, who saw this coming?

In Kentucky, despite a GOP sweep of every other office, enough blue grass voters thought they could take a chance on that nice, normal-seeming Democrat Andy Beshear. And the first thing he’s done is invite in a bunch of refugees. Was that what he was elected for? Did the people of Kentucky think “Hey, we don’t have enough foreigners coming into the state and living off our social services and taking jobs that could go to Americans?” No, but that’s what the Democrat Party wants. There’s a reason Gropey J’s wife was feeding future illegal aliens in Mexico instead of homeless vets on Democrat LA’s Skid Row – Democrats prefer foreigners to Americans.

OK, then ask a Democrat candidate who is more important, Americans or foreigners who sneak in here. Go ahead. Once again, not a single significant Democrat will unequivocally say, “American citizens are more important than foreigners, especially criminals who break our laws to sneak in here.” Democrats (and sappy Ahoy-crew Fredocons like Jeb!, the “Act of Love” guy) support the foreigners, whose health care they want us to subsidize.

Remember, the Democrats will always side against you.

They excuse and coddle everyone but decent, hardworking citizens.

Let’s talk criminals. Democrats prefer them to you. Crazy? Are the Democrats always talking about how mean we are to crooks, or about the effect of crooks on your life? In California, idiot voters essentially decriminalized crime. Steal under $950 a day and you’re fine – they would even bother to file charges. Oh, and feel free to shoot up on the sidewalk and leave the needles around – remember, it’s the junkies who are the real victims. You, the normal people, have no recourse and no one has your back. You get to deal with bums, hobos and derelicts on your streets – just make sure that when you step around them you don’t topple over into a pile of human dung.

In cities across the country, it’s the same. Leftist-funded leftist district attorneys have decided that crimes are no longer crimes and refuse to prosecute criminals. You bear the burden – you are victimized, your stuff stolen, your family members assaults, raped or murdered. But this is not much different from the refusal to enforce immigration laws. Illegals kill scores of Americans, but Democrats will accept your family’s tragedy in order to import future voters.

In Virginia, the state is about to declare war on normal people for the crime of exercising their Second Amendment rights. Remember, this is the state where the Democrat governor (the old one, not the one who put on blackface) restored the voting rights of thousands of convicted criminals. Now Governor Jolson wants to make hundreds of thousands of Virginians, none of whom were committing a crime – and who, in most other states would not be committing a crime – into felons.

Tell me again how Democrats don’t hate you.

Now, most people did not vote to start a war on Virginia’s own citizens. And war it is – a Democrat suggested unleashing the National Guard on citizens who refuse to submit to serfdom. But the people will not comply – almost a hundred counties and cities have declared themselves Second Amendment sanctuaries. But the radical Democrats will not stop. They will push this to the wall. Honest citizens will get arrested. People may get killed. But that’s OK with the Democrats. They have to crush this outpouring of dissent. And they don’t care about the cost.

Oh, and the Democrats want to eliminate single-family zoning to ruin your neighborhoods in the interest of social engineering. Did anyone outside of the northern counties want that when they thought they would give the Dems a spin because Trump is so mean?

Democrats hate you, and everything they do will hurt you. Understand and accept that.

The good news, if there is any, is that the foolishness of trusting any Democrat has been revealed for what it is – utter foolishness. In Virginia, those urban Red Guards have roused the sleeping giant. People who never voted before will be voting now. They see that Democrats cannot be trusted with power. The GOP leadership, such as it is, is entirely too lame to make that case. But now the Democrats are making it for themselves.

How bad will this get? Hopefully not bad enough that my newest novel Collapse and the other entries in the series, People's Republic, Indian Country and Wildfire, will get moved into the nonfiction section. They take place in the near future after America has split into two, red and blue, and the problem is that since I started writing them, they have been coming true. Sissy Never Trumps call them “appalling” because the books don’t compromise, submit, or suck – you know, like Never Trumpers do. Check them out!