Kurt Schlichter
|
Posted: Apr 01, 2019 12:01 AM
Share   Tweet
The opinions expressed by columnists are their own and do not necessarily represent the views of Townhall.com. 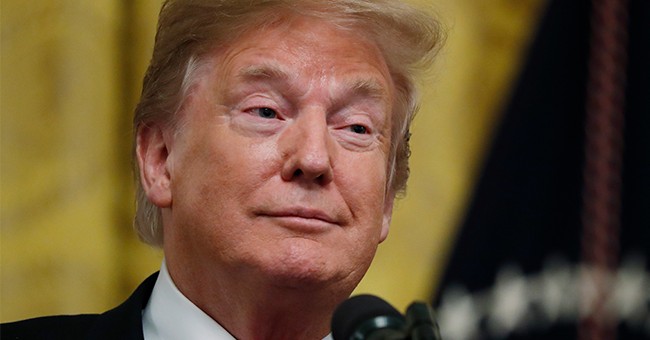 For us actual conservatives, one of the most tiresome aspects of our struggle to retake our country is our never-ending struggle to get the Fredocons who still populate our movement to take our own side in this fight. Exhibit A is the “Conservative Case For XXXX” phenomenon, in which XXXX inevitably equals some liberal goal, objective or obsession. We’re supposed to nod our heads and give in to the progs because, you know, it’s actually conservative somehow.

The latest example is the article “A Conservative Case for Puerto Rican Statehood” that recently ran in National Review for reasons that remain elusive even after reading it. Now, let’s be clear – this is not a column telling National Review or author Kyle Sammin what they can and cannot publish. National Review and author Kyle Sammin should say whatever they want all the time, just as you and I should say whatever we want all the time. This column is about critiquing ideas, bad ideas, like the bad ideas in this particular article, as well as the bad ideas that permeate the whole “Let’s push the conservative envelope” genre. How about we work on taping the conservative envelope back together before we rip it to shreds?

This tactic seeks to lower our defenses to unconservative policies by leveraging implausible explanations for why they are actually conservative policies. You can put a cherry on top of what your corgi left on the lawn, but that cherry doesn’t turn it into dessert.

The article’s sub-headline gives away the game: “Besides being the right thing to do, it could reawaken Americans to the necessity of our Constitution’s federalist principles.” Now, the federalist principles stuff is just silly. That federalism is good does not somehow translate into it being a good idea to take a long-term possession with a different culture, relative poverty, and substantial corruption, and make it a state. Economically, it would be a liability, not an asset. Moreover, a good bunch of Puerto Ricans do not want federalism, or any other -ism associated with the US of A. They want independence, and they have shot up the House of Representatives, bombed New York City, and tried to off Harry Truman to make their point. Why again do we want to pay two new Democrat senators to buy ourselves an insurrection?

But the really bad part of the argument is that first part: It’s “the right thing to do.”

No, no it’s not. Stop that. That’s of a kind with the “BUT OUR PRINCIPLES!” ploy we’ve seen so often lately – a good rule of thumb is that anyone who starts babbling about “principles” is trying to shaft you. You will inevitably observe that these often newly-discovered “principles” always apply to decrease your power, your rights and your wealth, yet never, ever, apply to the hustlers who are demanding that you observe them.

It’s a grift, a scam, a con of cons by people pretending to be cons. This evocation of moral necessity to justify us giving up our power, our money and our rights is one of the most annoying things about the kind of “Oh, well, I never!” conservatism exemplified by the Bushes and that sissy Mitt Romney and so many others who aspire to be the nominally-GOP CEO of a failing America and efficiently manage its slow decline.

You look through the whole Puerto Rico article and there’s not one single new benefit that you or I or the rest of the United States derives from bestowing statehood on the Commonwealth of Puerto Rico. Yes, we benefit from the proud service of Puerto Ricans in our military (I served with some), but we benefit from that today. It never even seeks to answer the question, “What’s in it for us?”

And it’s not wrong for conservatives to ask that question. If our ideology keeps failing to deliver for us, we’ll find a new ideology. The conservative movement needs to learn from the protest vote that allowed Donald Trump to defeat 15 good conservatives, and also Jeb!, and win the GOP nomination then win the election. We are tired of a conservatism that refuses to deliver for conservatives but happily delivers for our opponents based upon the assertion of dubious moral obligations asserted by our purported moral betters.

“The right thing to do” is the most frustrating kind of would-be moral trump card. You can’t really argue against it, both because it’s “the right thing to do,” and because it’s not an argument. It’s a means to foreclose argument. “Why do you ruffians hate doing the right thing?” And this kind of moral extortion happens a lot when alleged conservatives decide they want to do something unconservative. They dress up sheep in wolf’s clothing to weaken the pack.

Look at that low-energy sap Jeb! Bush. He was the king of the “Conservative case for…” move, which at least meant he got to be the leader of something. He was always ready to deliver on liberal objectives while pretending they were somehow conservative. How about the “act of love” that is illegal immigration? Do you think Jeb! or the Judge Smailses at his country club will have to wait in ERs crowded with ex-Guatemalans, that their identities will get stolen, or that their families will experience the delights of illegal alien crime? Yeah, right. No, “the right thing to do” is for you to endure it all and for them to walk around bathing in the good vibrations of their ruling class buddies.

We’re not allowed to ask what’s in it for us if tens of millions of foreigners to come flooding in, diluting our votes, pillaging our paychecks, and sometimes raping or murdering our families. It’s ‘the right thing to do,” so shut up.

Speaking of fake conservatives, the cruise-shilling frauds of Conservative, Inc., recently hailed my conserva-woke novels People's Republic, Indian Country and Wildfire, about an America split apart into red and blue nations, as “appalling.” No, there’s no link to their site, which consists of surrender, submission and slander. But if the Ahoy Division hates them, you ought to check my books out!