It’s Time For A Conservative Purge

Kurt Schlichter
|
Posted: Aug 27, 2018 12:01 AM
Share   Tweet
The opinions expressed by columnists are their own and do not necessarily represent the views of Townhall.com. 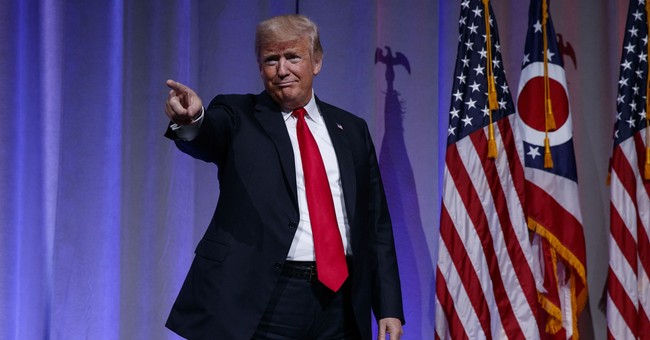 You typically don’t grow a movement by subtraction, but it’s become clear that some prominent figures in the world of conservatism are negative numbers. They are net liabilities, and we need to boot them out of the big tent or they will keep stinking up the place. We need to clean house, to send the cruise-shilling hacks, whiny geebos, and the careerist dillweeds of Conservative, Inc., packing. Mitt Romney, Ben Sasse, and others, I’m looking at you.

We need a purge. Let’s be clear, I am not talking about one of those purges like in those stupid Purge movies where we would hunt these Fredocons dorks for sport. That would be terrible. Most of them are too tubby or/and too delicate to give us a real challenge, and it would just not be sporting.

We can settle for throwing them out of the party. They can drag their stuff over to their liberal pals’ places and crash on their couches for a while.

One of the many great things about the Trump era is the great clarification it has provided. His rise, which challenged the establishment’s iron grip on power, clarified who was truly conservative and who was just pretending to be conservative as a career move. I talk about these hacks in great and vicious detail in my upcoming book Militant Normals: How Regular Americans Are Rebelling Against the Elite to Reclaim Our Democracy, except I use a lot of swears there. Their incompetence and treachery earned them.

Who needs to go? How about the aforementioned Mitt Romney, the preening tattle-tale who was Evan McMullin before Evan McMullin was Evan McMullin – we just didn’t know it yet. And to think that a lot of us voted for him in 2012; can you imagine if he won, though? He would have rolled on the climate scam, appointed milquetoast judges, and generally showed his belly to the establishment because he isthe establishment. That’s where his loyalty lies – can’t you just see him after leaving office in 2020 following eight years of wheel-spinning, hanging out with his good friends Bill and George and Barack?

Now this loser is running to replace Jeff Flake and Bob Corker, who we drove out of the Senate in shame, as the high-pitched voice of The Vichy Resistance. Mitt is going to really rub Ben Sasse the wrong way, because the Nebraska Nag wants that gig for himself. Sasse loves talking about how Trump – and by extension, us – fails to meet his exacting standards for decorum, decency, and defeat in the fight against progressivism. Mitt threatens to steal his Strange New Respect spotlight, and watch those two have the world’s most passive aggressive mean girl fight for the mantle of leadership of the anti-Trump GOP Senate contingent.

Insufferable sissy Sasse is everything that is wrong with the Republican Party establishment. He’s boring, sanctimonious, and utterly lacking any accomplishment except for distinguishing himself by running his fool mouth about Trump to any enemy outlet that will listen. Sasse poses as one of us, and even wrote an unreadable book mouthing a conservative critique of our crummy culture. The first line is, and I’m not kidding, “Sheryl Crow rocketed to stardom in 1996 on the strength of a single paradox.” If I ever write something that awful, please hunt me for sport. In any case, his tiresome tome illustrates the problem: He writes a book about the culture war then gets his panties all in a bunch when we elect someone who is finally willing to fight it.

These guys need to go because they aren’t interested in winning; they are interested in maintaining the status quo. Conservative, Inc., is all about talking and not fighting – after all, if we win the cultural war, who needs them to write about it anymore? Victory means the donations dry up, and they’ll have to get real jobs like us Normals. That just won’t do.

By the way, my dream is for Ben Sasse to write an epically fussy review of Militant Normals in the dying cruise trip brochure that is The Weekly Standard which I can then proudly wear like it a medal. Let me help start if off: “This vulgar ruffian Kurt Schlichter is not who we are, and his book made me cry because he was mean to George Will.”

America’s two political parties (I don’t count the ideological Dutch oven that is the Libertarians or the Maoist mongoloids of the Greens as “parties”) are changing. Their coalitions are shifting, dramatically, and we are now seeing an outsider party of conservative-populists (the GOP) and one of insider leftists (Democrats) develop. Of course, this leaves a lot of people who are only nominally within their traditional party. Lots of people no longer fit where they grew up. How many ex-Democrats voted to make Trump president? And how many ex-Republicans collaborated with Felonia Milhous von Pantsuit at the ballot box? So, until we complete the purge, we’ll have treacherous elements within the GOP who should ‘fess up to their embrace of liberalism but can’t because then they would be totally cut off from their cushy gigs.

The problem is not people with criticisms of Donald Trump – he’s not an ideological conservative, so we need to keep him focused. It’s the people who hate the Normals who now use the GOP as their vehicle for representation. They should depart. We’re seeing a great sorting – to put it in terms millennials can dig, think of a Harry Potter Sorting Hat that says, “Hmmmm. You won’t fight hard to defund people who are killing babies, think it’s cool to diss the flag at football games, are happy about non-submissive conservatives being silenced by liberal tech companies, write stuff no one reads, and have strong opinions about Star Trek. Yes, you are Never Trump. I know you want to be GOP, but you are a Democrat.”

The magic hat is right – they are no longer Republicans, and when they pretend to be, they misrepresent who we really are. Jennifer Rubin is not a “conservative commentator” no matter how often the liberals call her that. She’s a lib. Bret Stephens is a lib. Ahoy people – Bill Kristol is a lib. They all tried to fake conservatism to get where they are, then freaked out when they figured out that us Normals are actually serious about all this stuff and that we are not going to wait forever for the likes of them to make it happen. When we toss them out, they should be sent off wearing scarlet letters, IWYGT – “I’m Why You Got Trump.”

These people are no loss to our party – their subtraction is actually addition. Two words to the pseudocons who aren’t happy with where the GOP is today, because the party (for better or worse) is the organized political engine of conservatism. Get out. And be happy we’re not going to hunt you for sport.