Let's Put A Tariff On Snobs

Kurt Schlichter
|
Posted: Mar 08, 2018 12:01 AM
Share   Tweet
The opinions expressed by columnists are their own and do not necessarily represent the views of Townhall.com. 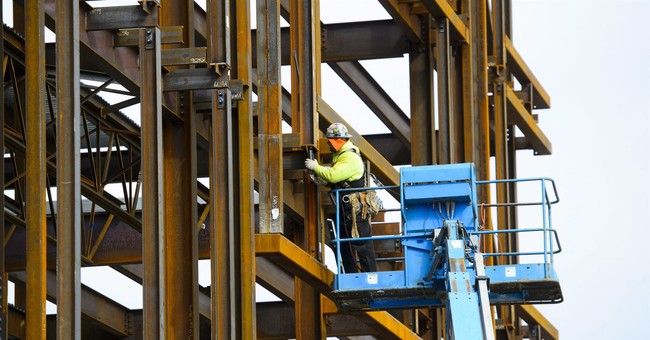 I like free trade – I just don’t like snooty ideologues who won’t take their own country’s side in a trade fight. The ideal market means a willing buyer and a willing seller paying a mutually agreed price for goods or services with minimal government interference. That’s called “capitalism,” and as a business owner and someone who digs prosperity, I really like it. So why am I not wetting myself about Donald Trump’s steel and aluminum tariffs?

Cue the True Conservatives™ to tell me it’s because I’m stupid and terrible and awful. I know how they work. It was only a few years ago that I might have been with them. And they aren’t totally wrong opposing trade barriers – in the macro, free trade is a powerful engine of prosperity, the most powerful ever devised. But the key part of “free trade” is the “free” part, and they never want to talk about that when it comes to holding the foreigners accountable.

My question, one a lot of Americans before me have been asking and that no one seems to want to answer, is “When does this free trade stuff actually start?” I mean, if we’re going to have free trade, we all understand that this involves us lowering our barriers to imports. Fair enough. We have dropped our barriers – the trade deficit is enormous. We buy from everyone. We got importing stuff down. But what about the other guys, though? We export a lot, to be sure, but is it on equal terms?

We never seem to hear much about that from the Free Trade Crew – a crew I was a part of not long ago, and with which I still sympathize. It’s a simple question – “Do foreigners have exactly the same barriers to entry to their steel and aluminum markets as the United States does?”

And if not, why the hell should we put up with it?

Again, cue the calling me dumb and economically illiterate and stuff. That’s been the default reaction of my party’s establishment whenever members of our party who believe they are being hurt by foreigners who put up high barriers that keep our stuff out while we drop ours and let the competitors dare to complain.

“Shut up, economic illiterate! There’s no problem. You’re imagining it. Shut up.”

I don’t know – I am thinking that’s an unconvincing argument to those folks who actually go out and vote and who have concerns that probably could be addressed better than with hysterical dismissals clothed in insults.

Maybe you didn’t notice that our president is Donald Trump, but our Republican voters are a bit done with GOP Establishment gaslighting. It’s not just on trade. Remember the whole illegal alien thing? You know, our own voters kept expressing concern about the myriad problems illegal aliens cause our voters but our intrepid establishment undertook a dual-track strategy of denying the problems our people were experiencing while calling them racists. That sure worked out for President Jeb!.

Here’s the thing – foreigners are not always facing the exact same barriers to entry into the United States market as Americans are facing to entering foreign markets. Look, if a U.S. company can’t compete on a level playing field, that’s one thing. Sorry guys. But when it has to push a boulder uphill, that’s another. Sometimes it’s laws, sometimes it’s taxes, sometimes it’s products being subsidized by the local government so they can snag market share over here. Where the trade barriers are not identical, can we at least agree that this is a problem, and something needs to happen to change that?

No, we can’t agree to that, because American workers and their jobs are not the priority of the bipartisan establishment that is beholden to its corporate donors. To them, our workers are an inconvenience, a hassle, drones to be browbeaten into silence.

Well, there are consequences when you ignore the expressed concerns of a large group of Americans. One is named Donald. Trump did not campaign as a free trader – instead, he campaigned as a fair trader and promised that he would put America’s interests – not the interests of the corporate bigwigs who don’t mind sacrificing our people on the altar of their balance sheets – before anything else. Trump ran against 16 others who failed to pick up the torch, and then against a drunken felon who actively hated the Normal Americans who build and feed and fuel this country.

He beat them all. There’s a message there, and this festival of fussiness about the last-resort step Trump took 15 months into his term shows that the GOP Establishment has learned nothing from this failure either.

It’s a bad idea not to stick up for your own voters. Why is the notion that we should refuse to engage in unequal trade relations so crazy to so many people who write for the cruise shilling conservative press? Ahoy, mateys – maybe run a panel on the Lido Deck about how we ought to listen to our voters when they are hurting instead of demanding that they ignore their lying eyes.

So, if tariffs on unfair steel and aluminum competitors are a bad idea, what is a good idea? How do you propose to solve the problem, and continuing to ignore it is a NO-GO. What is your idea that results in an end state where U.S. manufacturers face exactly the same obstacles to entry into foreigners’ markets as they face entering ours?

I don’t know the answer, but then I am not wetting myself over these tariffs just yet. Maybe pain will work where talk talk talk has failed. If there is a better tactic that will actually achieve the goal of exactly equal footing between our workers and the foreigners, cool. I want to hear it. Tell me exactly what it is. I get tariffs. “You hurt us, we hurt you” – I get that. So do the voters. But if there’s a better idea, let’s hear it. I don’t like tariffs – give us an effective alternative.

But we haven’t heard anything but demands we unconditionally return to the unacceptable status quo, and how the economy is going to collapse because a beer can will cost another penny. Somehow, I am unconvinced about these hypothetical risks. What is not so hypothetical are the devastated communities throughout the Midwest.

Weird how that works. Except it isn’t working anymore. To the extent free trade has a bad name, it’s because the free traders are less concerned with actual free trade than with the purity of their doctrine. Our voters are not going to support a system where they are getting the short end of the stick, nor should they. How about we demand equal trade terms, and when we don’t get them we make it painful? Because if someone has to suffer the pain that comes with unfair trade, I vote it be the people trading unfairly.