Curse of the Woke Conservatives

Kurt Schlichter
|
Posted: Sep 07, 2017 12:01 AM
Share   Tweet
The opinions expressed by columnists are their own and do not necessarily represent the views of Townhall.com. 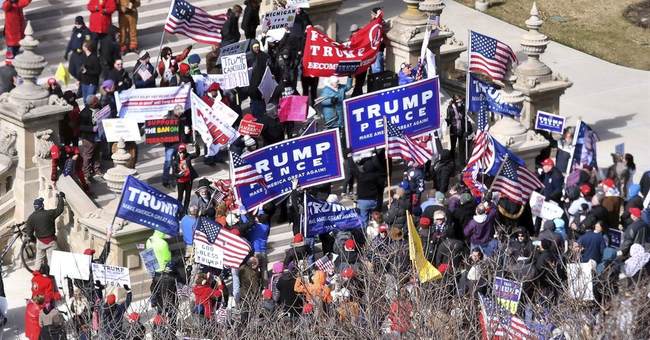 So what does the GOP establishment do in 2018 when it comes before us dirty, nasty normals and tries to make the case that its members deserve being reelected to Congress instead of being tarred and feathered? After seven years of solemn assurances, it couldn’t even get its act together and keep its promise to put a stake through the heart of the abomination that is Obamacare. But hey – when Donald Trump kept his promise to undo DACA, that sure spurred the True Conservatives to action. The deductibles my employees pay just went up two grand a year because if you like your doctor you can keep your doctor or something, yet that sort of real world pain for real world people doesn’t spur our righteous Conservative, Inc., stalwarts to action. But threaten to actually enforce a law Congress passed and cut the monocle-and-top-hat set off from cheap foreign serfs who will vote hard left if given the chance? Now that’s an emergency. All hands on deck!

Of the S.S. Conservative Titanic.

“Republicans, you can be proud of me! I went to Washington, left Obamacare in place, complained that Donald Trump was mean to the liberals who hate us, and started down the road to amnesty, just like you wanted! And by ‘you’ I mean the Wall Street Journal editorial board, some fussy Never Trumpers on Twitter, and the GOP wonks who used to read Ayn Rand books while normal guys were kissing girls.”

Boy oh boy, it must sure suck for you that we conservatives are now woke.

“Woke,” that hilariously dopey term used by semi-literate leftists when they sort of mean “aware,” is just too sweet a word not to confiscate and deploy on our own behalf. It perfectly describes us normals’ now-permanent state of agitated readiness in anticipation of the latest way the conservacreeps are going to try to shaft us. We’re woke, which means we’re watching, and more than that, we’re acting on our wokedness. That’s why Felonia von Pantsuit is busy pounding bourbon and writing books blaming Bernie and Russia instead of being busy purging that troublesome Bill of Rights of our troublesome civil rights.

Bad news, losers: We are hella woke, and there’s no turning back.

Look, here’s how you Fredocons screwed up – well, one of the ways you screwed up, anyway. You miscalculated our tolerance for failure and confused our patience with apathy. Eventually, your failure grew so great that we just had to pay attention even though we have lives and better things to do. We started watching and saw you sitting on panels high fiving each other about your commitment to free trade (which always seemed to turn out to be crony capitalism that shafted us normals) and tax reform (which always seemed to turn out to benefit crony capitalists and shaft us normals) and budget cuts (which never seemed to happen except to the military, which is populated by, and therefore the cuts hurt, us normals). Oh, we gave you chances – for decades, we gave you plenty of chances not to suck. And, in return, you gave us nothing but suck.

“Oh, George W. Bush was a true conservative!” Good guy, yes, but he brought us two unwon wars (only one of necessity) and “compassionate conservatism.” Of course, “compassion” always means that normal people get another rock in their ruck. Then there was John McCain, who lied to our faces on Obamacare’s repeal so more Senate hacks wouldn’t have to go on record doing so. And last, and arguably least, there’s Mitt Romney, Mr. Thank-You-Candy-May-I-Have-Another, who never misses a chance to virtue signal for the benefit of the same people who said he gave someone cancer. Oh, and their bright idea for 2016? Jeb! He was an act of love upon us normals all right.

See, we’re done. We’re woke and feeling about you hacks just like you feel about us. Think about that. The clock is ticking. Look at Jeff Flake. At this point, I don’t even care if his opponent, somewhere down the road, will have to deny being a witch. In fact, his primary opponent could get up at the first debate in a sweatshirt reading “PROUD HOGWARTS GRAD,” wave a wand, announce without irony that “The sorting hat assigned me to Hufflepuff!” and I’d still send her money. Because even if she was crazy (and she’s not – she seems like a very nice lady who actually believes in conservative stuff ), she would still be a million times better than that back-stabbing, braying doofus she’s running against. Heck, she’s already crushing the Arizona squish into utter squishiness in the polls – think of what she could do with some spells.

The GOP establishment will never learn, partly from denial and partly because a lot of its members are kind of dumb. For example, that smarmy dope Paul Ryan, when he isn’t trying to make sure foreigners are treated better than Americans, is still pushing the moronic “You could do your taxes on a postcard!” hack cliché when, of course, everyone knows that all those extra pages are filled with the deductions that make people who work pay less. I’ll toss my taxes to my accountant and keep my home mortgage, charitable, and state tax deductions instead of losing them so big GOP donors can pocket some more dough – thanks though, Passive Paul! Postcard taxes – sheesh, 1996 called and it wants its total defeat back.

Look normals, we’re in for the long haul here – hopefully not one that ends violently for our divided country, which it absolutely could. Those are the stakes, and that is why we can’t just walk away from this game. We can’t hide and wait it out. We either get in there and win or we lose everything. Step One was getting woke. Step Two was electing Trump. Step Three is regulating the Republicans. Slowly and surely, we’re going to need to purge these punks from our team.

And we can do it. Time is on our side. Eventually, Ben Sasse is going to get a show on MSNBC called You Have All Disappointed Me So, So Very Much. Eventually, Paul Ryan is going to leave to do infomercials for his objectivist cross-fit workout DVD titled Atlas Pumped. Eventually, Lindsey Graham is going to retire and open an antique store in Alexandria and get into needless and endless price wars all over town. And eventually, we will win our struggle to restore the country and the Constitution we love.

We must be patient.

We must be ruthless.

We must be woke.