#NeverTrump vs. #NeverHillary: A Time For Hugging

Kurt Schlichter
|
Posted: Aug 15, 2016 12:01 AM
Share   Tweet
The opinions expressed by columnists are their own and do not necessarily represent the views of Townhall.com. 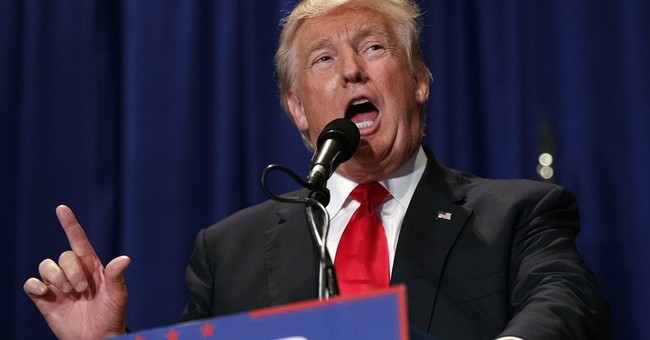 Here’s the thing – a slight majority of my friends in the conservative sphere are #NeverTrump and disagree with my reluctant conclusion that voting for Trump is slightly less devastating to America than abstaining in light of Felonia Milhous von Pantsuit’s looming regime. And I intend to remain friends with them. Our enemies would love to divide us forever, and I refuse to let that happen. If it does, it will be someone else’s choice. If all of us refuse to be permanently torn asunder, if all of us refuse to choose to let our strategic and tactical disagreements drive a wedge between us, then we won’t be torn apart. And when the smoke clears in November, however it goes, we can fight on together.

Now, I spend a tiny bit of time on Twitter, and it can get intense. People disagree about the proper reaction to the The Donald. Some board the Trump Train, and others want to blow up the tracks and derail it. I think of myself as embracing the least-worst option, pumping on a hand car behind the caboose, occasionally weeping.

But it’s pretty important that we all work to make sure good faith disagreements remain a thing. Now, here are some suggestions on how to be constructive with other conservatives who see things differently.

Realize You Don’t Have The Moral High Ground: I’m doing what I think is morally right and so are you. And I don’t need lectured about how I’m not meeting your exacting standards and I’m pretty certain you won’t welcome me lecturing you. Plus, if you’ve suddenly decided that you’re vastly more moral than everyone else you’ve been fighting for conservatism alongside for the better part of a decade, then you should also concede that your moral sense is somewhat defective since you only recently noticed that everyone else is terrible.

Stop Trying To Play The America/Vets/Apple Pie/Puppies Card: The “If you [like/hate] Trump, then you hate [America/Vets/Apple Pie/Puppies]” gambit never works. Who is the guy who is told “You clearly hate your fellow vets!” who thought, “Gosh, I should totally pull a 180 because some guy on Twitter said that if I don’t conform to his viewpoint I must hate my fellow vets?” That sort of nonsense always seems to end up embarrassing the guy who tried to play that card (Yeah, it’s snarky – I didn’t say being chill was easy).

These People Did Not Become Terrible Overnight Because They Disagree With You On One Point: I am simply not going to disregard people I’ve read and listened to for years because we disagree on this one thing. That’s crazy talk. In fact, I’m going to read and listen to them more closely because echo chambers where you hear only what you want to hear tend to make you dumb. Look, the guys I disagree with have some good points – regardless of whether any of them think I have any good points. Ben Shapiro, Jim Geraghty, Jonah Goldberg and Bill Kristol are suddenly wrong about everything because I think they are wrong about one thing? That’s an actively stupid notion, and I refuse to embrace it.

We’re Not Purging Anyone: I sometimes hear how various mainstream cliques, clans, crews, and coalition components must be purged from the GOP upon Trump’s victory/defeat. Nope. Besides the practical problems of actually purging large chunks of the coalition, there’s the troubling insanity of thinking that subtraction equals addition. So one’s purging anyone. Now, you can choose to leave – America’s a big country with plenty of sulking space. But no one gets to ethically cleanse anyone else.

Be Nice: Channel Swayze in Roadhouse, and be nice even when your erstwhile allies are jerky. It’s hard. I can’t always be nice. But I’m going to try, because it’s less important that I get the transitory satisfaction of smacking someone around than making it possible for my opponent to be there with me in the fights to come. It doesn’t mean don’t disagree – it means be nice about it.

How does this work in the real world? Let me give you an example. There’s a guy out there who holds a completely opposite view of the Trump voting strategy than I (We largely agree on Trump himself). To call him #NeverTrump is way too mild; he’s against allowing the name “Trump” to ever be uttered aloud again. I won’t name him, but suffice it to say he is associated with a lesser war college than my own Army alma mater.

Now, he’s a solid guy. He says important things. And he’s come to his conclusions for coherent reasons and after a lot of thought. We interact, and I point out where I think he’s off base and he returns the favor. Sometimes he gets frustrated with me and vice versa, and when that happens we walk away and chill – like freaking adults. Oh, and when he’s unfairly attacked by people sort of on my side, I defend him – and he does the same for me.

And when November rolls around, regardless of the outcome, I expect we will be able to work together again to try and save our country.

Sure, I get plenty frustrated, especially when someone on Team Conservative floats the electoral air biscuit of voting for Hillary. But when I do need to vent, I do it somewhere where it is not going to create problems down the road when I need to be in the foxhole with these folks again. That’s why there are private Twitter DMs. There are some things you just don’t say if you ever want to have a constructive relationship, so don’t say them.

And yes, we need that constructive relationship again. The parties (both of them) are in flux. Coalitions are shifting. We’re cursed to live in interesting times. And we need all hands on deck if we are going to fight on to save our country. So don’t be in a hurry to jump, or toss anyone else, overboard.