Is America Ruled By Law or Ruled by Power?

Kurt Schlichter
|
Posted: Feb 01, 2016 12:01 AM
Share   Tweet
The opinions expressed by columnists are their own and do not necessarily represent the views of Townhall.com. 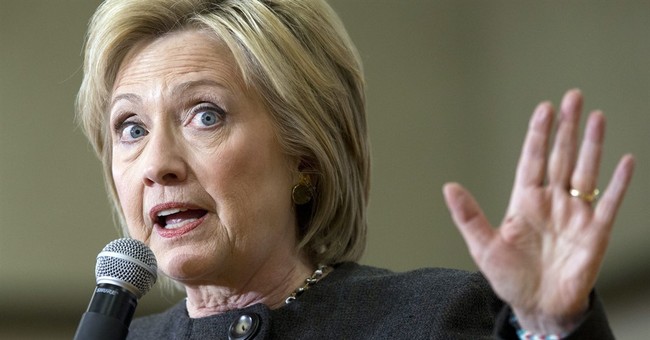 Hillary Clinton is a felon many times over. Assuming the facts are as being reported – or that they are even a tenth of the severity of what has been reported – Hillary Clinton is guilty of multiple serious felonies stemming from her conscious choice to unlawfully hide her correspondence as Secretary of State on a “private” server that was kept in some dude’s bathroom somewhere. I use the term “private” only in the sense that it was non-governmental; every foreign intelligence agency, friend or foe, was reading it. Only we American citizens can’t see what was on it, and that’s because much of it was highly classified material. So she is a felon many times over.

Understand that this is not open to debate. There is no “her side of the story.” There is no excuse nor harmless explanation. To those of us who have worked with classified material in the military or other governmental agencies, the daily revelations of new OPSEC atrocities literally make us nauseous. And I understand what “literally” means. We pros read that someone consciously took classified material off a secure system, walked it out of a secure facility, and somehow (by scanning it then cutting and pasting from the PDF, or even by typing it in manually) put it in an unclassified system and emailed it off in the clear to Hillary and her toilet server, where it was stored in a machine that was hooked up to the world wide web. And we feel our stomachs turn even as we run out of fingers and toes counting the horde of individual security violations that process entails.

There is no dispute. It can’t be disputed. These are felonies. Anyone telling you any different is either utterly ignorant about how classified material is handled, or is irredeemably stupid, or is a liar who puts the political viability of Hillary Clinton above the safety of the United States and the people who defend it. And, as much as the trial lawyer in me professionally appreciates when an advocate misdirects people away from the weak points in his argument, the claim that this material is somehow “overclassified” insults the intelligence of anyone it is directed toward. If the advocate has actually seen the material, he’s broken the law too (as has Clinton for letting yet another uncleared person see it). And even if the classification could have been lower than TOP SECRET/SCI, it wasn’t lower. It was TOP SECRET/SCI or whatever, and some minion of Hillary’s in Foggy Bottom doesn’t get to make that call. Hillary doesn’t get to make that call.

The question is not whether Hillary Clinton is manifestly and indisputably guilty of multiple felonies. She is.

General David Petraeus violated the classified material laws, and he was convicted of a federal crime. Sadly, the military declined to regain the honor its leadership has squandered excusing senior leaders’ abuses and incompetence and take his fourth star since he failed to serve honorably as a four star general. If you think a sergeant would retain his rank, or a major his commission, after doing what Petraeus did, you are – like any of Hillary’s apologists – ignorant, a fool and/or a liar.

People are in jail right now for doing what Hillary did. But she will never be held accountable any more than the IRS managers who followed Barack Obama’s unspoken guidance to harass and oppress conservative organizations were. Obama’s Department of Justice will never, ever, under any circumstances, indict Hillary Clinton even though anyone else – anyone else who was not an ally of the Administration – would absolutely, undoubtedly, and properly be indicted.

Hillary Clinton is part of the liberal elite. She is too important to the Democrat Party to hold accountable for a mere violation of the law. Laws, after all, are for other people. People who aren’t connected. Who aren’t in the club. Who aren’t important.

There are two different sets of laws in America today, one for us, with which the elite can bend the full force of its power toward crushing us, and another where the rules are different and waiverable, if they even exist at all. The feds were eager to prosecute Obama opponent Dinesh D’Souza for donating his own money to a losing senate candidate, but Hillary gets a pass for imperiling national security. The feds managed to get a troublesome rancher half a decade in jail for “terrorism” after a fire on his own land got out of control, but the EPA bureaucrats who turned a river yellow? They’ll get promoted and retire on fat pensions.

And it’s not just the law. It’s the system. If you saved for retirement in your 401(k) like you were supposed to, do you dread opening your January statement? Do you think the guys writing Hillary checks dread opening theirs, or do you think they will be high-fiving each other?

Some people wonder why a Donald Trump came along and so many people cheer when he tells the elite to go to hell. Those people are willfully blind. Americans instinctively sense the injustice inherent in unequal justice, and they hate it. It angers them. It enrages them.

When the rules stops applying to everybody, they start applying to nobody. Today it’s Trump schlonging the establishment and a few guys taking over a bird sanctuary. Tomorrow, it could be much, much worse.