It's Time For Conservatives To Play By The New Rules 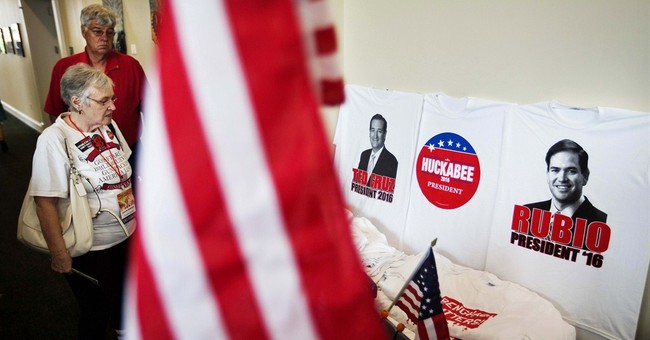 We conservatives have spent far too long playing by the old rules when liberals have completely changed the game. There was a time when laws meant what they said, when individual rights were important, when the government did not make it its business to oppress the executive’s ideological opponents, and when principles mattered. But that time has passed.

There’s a new set of rules, and while we don’t have control in Washington right now, we do have control most everywhere else – and someday a conservative will be president again. So there is no reason not to get going right now playing by the same rules the liberals do!

Of course, first we need to understand the basis of the new rules – it’s about having the moral courage to obtain and keep power. Until now, we conservatives have been guided by “principles” and “values” that only serve to distract us from what’s really important. Under the new rules, we will no longer let arbitrary ideas about how America should work get in the way of maximizing our ability to exercise our authority over others. After all, our supremacy is a moral imperative.

We will step beyond obsolete notions about process and embrace the primacy of results. We will stop treating “means” and “ends” like they are distinct and different – as 1984 (Read it – lots of great tactics, techniques and procedures!) teaches, “Power is not a means; it is an end.” Means and ends will flow together seamlessly, and we will stop getting hung-up on how we do things and focus on the real goal under the new rules – consolidating our power for the greater good.

Take the law. Under the old rules, judges were constrained by the plain meaning of the text, but that is far too restrictive. Words must mean what we need them to mean, no more and no less. We have to appoint judges who won’t prattle on about “judicial restraint” and “not legislating from the bench,” and who will reliably rule exactly how we need them to rule on each and every case. Let’s appoint judges, who understand that their purpose is to rationalize rulings that support our policy priorities, not seek some “legally correct” decision that might not. The law of the land is whatever we want it to be!

We should celebrate Judge Roberts’s recent Obamacare decision - it was liberating! He made it clear that when we want a different result, we don’t have to be deterred by the fact that the law means exactly the opposite. He affirmed that judges should interpret statutes – and the Constitution too – based upon a subjective desire for a particular outcome. Think of the possibilities for conservative progress if we aren’t hamstrung by some inconvenient text in a statute or the literal meaning of the words on some ancient parchment!

Where we have control of law enforcement, we have another great opportunity to play by the new rules. There are all sorts of liberal organizations out there shamelessly advocating policies and ideas we disapprove of. As we have learned, we can turn the power of the government upon them to root out this wrongdoing. We do not need to bother with accusing them of any kind of specific crime – why should we restrict our investigations to clear violations of laws? Instead, we can launch fishing expeditions to see what we can dig up – and even if there’s nothing, well, remember that the process is the punishment. Regardless, it’s important to establish that our political opponents will pay a price for presuming to oppose us.

And, naturally, when our allies are accused of breaking the law, we just ignore it. There needs to be two sets of laws – one for us, and one for everyone else. Otherwise, we might be constrained from doing what we please.

And there are other opportunities a huge government can provide us. Beyond audits and blocking vital certifications, the IRS has plenty of juicy information on every American – we can selectively release it to intimidate those who do not support us. And when we get a hold of everyone’s medical records under Obamacare – wow! What an opportunity!

Of course, there will not be any Obamacare. Oh, technically it might be hard to repeal (though getting rid of the filibuster entirely will make it much easier!), but who needs to repeal it when we can just choose not to enforce it? Our next president simply has to instruct the rest of the executive branch that they will not be taking any action with regard to implementing Obamacare, not collecting any of its taxes (they are taxes this week, right?) and not enforcing any of its mandates. Understand that we won’ be refusing to carry out the law – we’ll just be focusing on different executive priorities!

Perhaps the mainstream media will speak up, at least at first. But, you know, the New York Times, NBC and the rest really seem to have way too much power over our national conversation. It just isn’t fair how these big companies drown out the voices of regular people. Heck, these corporate entities are not even people and certainly should not have rights like people do to speak freely and so forth. They are more of a public utility, and frankly, they have not been serving the public good. That’s why we will use the FCC to take charge and oversee the shamefully deregulated mainstream media. We especially need some sort of doctrine to ensure fairness that forces the Washington Post and CNN to give a fair hearing to conservative ideas, religious views, and traditional values.

You know, there’s been a lot of bigotry against conservatives, religious people, and traditional Americans, and it is time the government took action by concentrating its anti-discrimination efforts on those spewing hate against them. We will have to root out policies and practices that result in such prejudice. Step one is focusing on colleges, where hate against normal Americans runs amok. Colleges that refuse to conform will lose their funding and tax exempt status – oh, and we will be taxing excessive endowments too. Schools like liberal Harvard have billions socked away, money that could be better used serving working Americans’ priorities than those of wealthy college administrators.

And speaking of billions, Hollywood and the entertainment industry need our attention. They spew out a tremendous amount of hate against conservatives, religious people, and traditional Americans, and that kind of intolerance simply cannot be tolerated. We’ll need to take action under the discrimination laws to punish the kind of offensive words and portrayals that make normal Americans feel unsafe and marginalized in theaters and their own homes.

Moreover, those in Hollywood and in the high tech world are getting far too rich. They are simply not paying their fair share – remember that their wealth came from the regular Americans who buy movie tickets and iPhones, and it is only right that these rich liberals give something back to working American families.

A 40% surcharge on all Hollywood and Silicon Valley windfall profits would go a long way towards making things fairer – and this has nothing to do with the fact that most Hollywood and Silicon Valley political money goes to our opponents. But don’t worry about our conservative allies in those two fields – if they don’t pay we just won’t prosecute them! But if you’re liberal, watch out!

Of course, it’s entirely possible that we and the Hollywood and high tech moguls can resolve the issues that led to them pouring money into our enemy’s coffers and come to some understanding that keeps us from having to rollback copyright protections on their intellectual property to, say, ten years.

This is only the beginning – the new rules liberate us from the constraints that for so long kept us from truly making conservative progress. All those “principles” and “ideals” about right and wrong and all that only served to take our eyes off of the real prize – our power, which we would only use for the common good.

Sure, we were all sad to see the old rules go, but gone they are. Our liberal friends made sure of that. So let’s make the best of it!