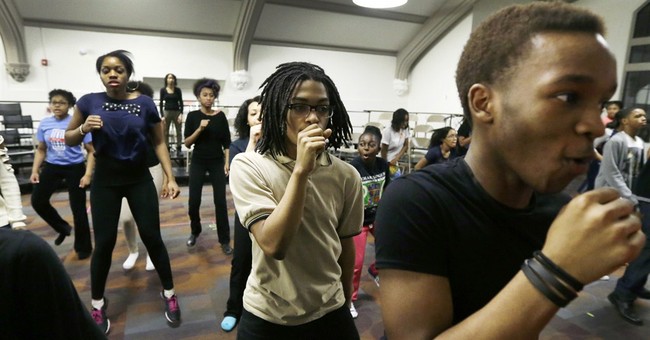 When the whole shoddy edifice of the progressive project collapses under its own dead weight, it will largely be because the liberals forgot to breed enough mindless minions to keep shoring it up. The left has always depended on a never-ending parade of credulous children to revitalize its dwindling ranks as the march of time and maturity depletes them. Liberal youth would grow up, look around, realize how progressivism is a disaster, and largely stop buying into the nonsense.

But now, young people are wising up earlier. This is bad news for liberals, but great news for America.

Our youth – those in college and younger – are starting to reject the nonsense pushed by the progressive clown car of communism-lite. This presents an opportunity for the most counterintuitive of alliances, that of those entering adulthood and those of us who entered it long ago and are now reaping the benefits of liberalism’s shameful transfer of wealth and power to those of us who have already made it on the backs of those just starting out.

We need to distinguish the youth from the older Millennials, who are famously infatuated with The One. And we even need to distinguish among the Millennials, because some of that generation have rejected the value-free values of their cohort. In particular, we must note those glorious Millennial warriors who have served their Nation in war. Their selfless service has justly earned them a place of honor in America’s Valhalla, where the heroes of Lexington, Iwo Jima and Ia Drang await their coming to the places at the table their courage has earned them.

But the rest of the Millennial generation just needs to be slapped.

Maybe they will learn too, albeit through the magic of pain. Maybe it’s too late. Regardless, their younger brothers, sisters and gender-indefinite siblings have seen the Millennials’ eager embrace of progressivism repaid with the expectation that they will bear the full cost of the political payoffs liberals promised to more useful and wealthy Democrat demographics. People like me, an established trial lawyer in the bluest part of the bluest state. Obama has been just awesome for folks like me, and that unjust awesomeness has been paid for by a Millennial generation mired in debt and unemployment. But it often seems that this travesty bothers me more than it bothers them.

Maybe we should rename the Millennials “the Suckers.”

Yet the generation behind them doesn’t seem so thrilled at the prospect of subsidizing the lavish lifestyles of left-leaning coastal professionals via eternal toil at breakfast beverage stands. Good. It’s great to see young people getting mad at the gigantic con liberalism is running on them.

Why are young people getting less liberal? First, we need to understand that they are not necessarily getting more conservative. Remember, these young people are just emerging from 13+ years in the liberal conformity factories of the progressive educational complex. They’ve been trained to hate conservatives; they’d think a conservative was the equivalent of the antichrist if they knew who Christ was.

But look at it from their point of view. All they’ve seen in their young lives is liberals lying to them. They are not stupid. They are just unwise, both because they are young and, in many cases, because they were raised by glorified man/womynchildren who confuse helicoptering with parenting.

They see the lies. They understand that it’s a bad idea to come out of college with $250K of debt and a double major in Marxist Pottery and Selective Outrage. They hear from their liberal overlords about open-mindedness, tolerance and rights, yet see these same liberals foaming at the mouth to root out any dissenting views and sacrificing due process on the altar of political correctness. They know a kangaroo court when they see one, and they see the offending marsupials are bitter liberal feminists, sophomore race hustlers, and cowardly university administrators without the intestinal fortitude to tell these leftist lynch mobs to go back to their dorms.

These are children of the Internet, versed in social media, used to a free-wheeling, no-holds-barred electronic frontier – and they understand that every progressive from Obama on down is slobbering for a chance to rein it all in. Look at the NSA revelations; what can be tracked, inevitably with these eager Thought Policepeople, will soon be controlled. These young people have endured the soul-deadening nightmare of liberal thought control all through their real life school years – they don’t want it in their virtual lives too.

And, operating under the radar, is a cultural subversion of the liberal paradigm. For example, those crazy kids love their Hunger Games. It’s not exactly a portrait of a world Milton Friedman might design; it seems an awful lot like one the liberal DC/Hollywood nexus would enjoy.

Then there’s this fascinating, conservative video game called “Minecraft” that all the kids are into. I got a quick briefing on it before shooing some of them off my lawn.

It warmed my heart. Minecraft allows kids to create virtual worlds, limited only by their imagination and their willingness to work. The thing is that the resources don’t simply appear – you have to obtain them. The kids can work or barter to get the resources they want. It’s pure capitalism. And it even has bad guys that try and steal one’s resources or destroy one’s creations, so you have to defend what’s yours.

It’s kind of like real life. Don’t think of it as a time-sucking game. Think of it as training. These young people are being trained – often for the first time – that work leads to rewards, that capitalism works, and that sometimes you need to deal the pain to dirtbags.

The kids are gravitating to cultural phenomena that can function as Conservatism 101. Let’s hope it takes. And this could even be good for the Millennials. These Obama-loving saps will have a whole new, younger generation to sell artisanal teas and espressos.