Kira Davis
|
Posted: Mar 22, 2019 8:39 AM
Share   Tweet
The opinions expressed by columnists are their own and do not necessarily represent the views of Townhall.com. 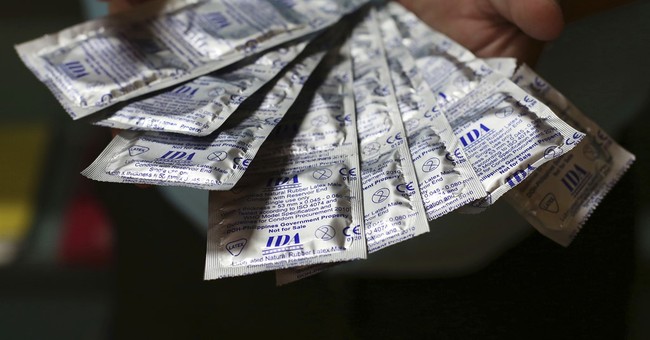 Anyone who has been following my work knows that lately I've been screaming bloody murder over the new Sex Ed curriculum being forced into California public schools. The law for the new LGBT-heavy curriculum passed over two years ago, but the final deadline for implementation is fast approaching. Curriculum options and lesson plans have been approved and the only thing left to do is to approve a "framework" that will guide the creation of any new curriculum for decades to come. In other words, there will be no more changes to the changes...and the current changes are pretty shocking.

I've already reported on what happened when parents in the largely Hispanic district of Santa Ana approached their school board about the curriculum and the usurping of their parental rights in the approval process. Around the state, school board members, the California Department of Education and even teachers' unions are deliberately obscuring information regarding exactly what is and will be taught as well as outright lying about what lesson plans are approved for which age groups. The strategy for this hugely unpopular agenda has been to conceal and deceive and paint concerned parents as hysterical bigots.

So when a California education official is caught telling the truth about something that seems unbelievable - lessons about pederasty (sexual "relationships" between adult men and boys) - it should be duly noted and roundly reported.

On Thursday a parent attended a parent information meeting for the Brea Olinda Unified School District (BOUSD). The meeting was intended to be an opportunity for parents to ask questions about the new progressive curriculum. Stephanie Yates - founder of Informed Parents of California- recorded her interaction with Kerrie Torres, the Assistant Superintendent for Education Services. Yates asked if and why BOUSD was teaching material on pederasty to ninth graders.

I might have expected Torres to outright dismiss such a claim as silly. Instead, after acting annoyed that this was the third time she was having to explain it, she shockingly seems to admit that they are indeed discussing pederasty as a form of sexuality.

"This is done because we are talking about historical perspectives of how gender relations and different sexual orientation have existed in history. Something that has occurred in history so this is really important."

It's true that child molestation was normalized in certain ancient cultures, but did Torres really just frame the issue of pederasty as "sexual orientation"?

Concerned parents of California are not just being hysterical prudes. There are very questionable lesson plans being implemented already in some areas without parent knowledge or consent. Even if Torres simply "misspoke" there are clearly very concerning topics being presented that at least deserve an approval or at least an opt-out process for parents. Unfortunately this seems to be par for the course for a curriculum that covers one of the most important and life-defining topics a child will ever explore - parents ask questions and officials stymie and condescend.

A parent's rights rally will be held at the capital building in Sacramento on March 28th at 10 a.m. as parents make a final push for transparency and accountability.