Progressives Are Determined To Make Conservatives Out of Perfectly Fine Liberals

Kira Davis
|
Posted: Jan 11, 2019 1:52 PM
Share   Tweet
The opinions expressed by columnists are their own and do not necessarily represent the views of Townhall.com. 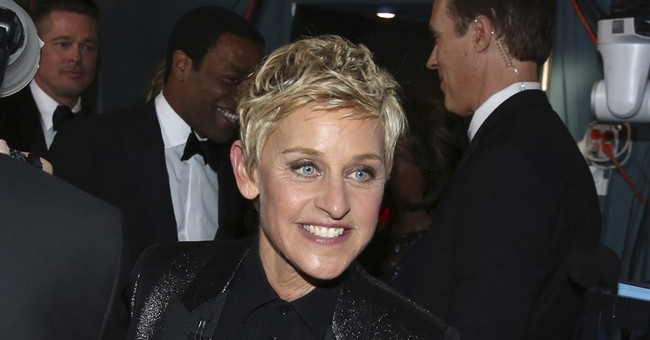 My best friend (I’ll call him Bob) is a self-identified liberal. He was all in for Obama, went all in for Hillary, and considers Oprah Winfrey America’s only living and worthy patron saint. He’s a card-carrying Democrat and is up to speed on all the daily talking points of the party.

Years ago my family moved out to California from Indiana. We hated saying goodbye to Bob but soon a job opportunity brought him out this way as well. At first, Bob was excited to be in a true-blue state like California. These were his people! But soon the reality of day-to-day life under California legislation set in. Still, he was happy to do his part. Sure, taxes were high and infrastructure crumbling. Sure, water restrictions and energy rates were a pain but hey, that’s modern life. Then came the plastic bag ban. It appeared on a ballot one election cycle and like almost everything that ends up on a California ballot it passed and now we no longer have single-use plastic bags. You have to pay ten cents at the store for these thick, weirdly shaped “reusable” plastic bags that don’t even have the decency to fit properly into your wastebasket when you try to reuse it as a trash bag.

Bob had had enough. Shortly after the bag ban passed Bob declared, “This is so stupid! I don’t want this. I don’t know anyone who wanted it. I want to decide for myself what kind of bags I use and when. This state is determined to make conservatives out of perfectly fine liberals!”

As I observed the backlash aimed at Ellen DeGeneres after she defended Kevin Hart I couldn’t help but think of Bob’s declaration.

What we are witnessing now in our culture is unlike anything we’ve ever seen before. The far-left has hijacked the liberal narrative and has figured out how to use social media as a bludgeon. That bludgeon was fine when it was just aimed at the likes of Roseanne Barr. Sure, maybe it was unfair to completely tank her entire life based on one controversial tweet (and literally nothing else) but sometimes some things have to be sacrificed in order to make a point. Lots of celebrities got on the “down with Roseanne” bandwagon, not necessarily because they believe she suddenly turned into a racist after 30 years in the business, but because it’s important to stand up for the “cause”. Fair enough.

Then suddenly those celebrities who were happy to dance on Roseanne’s digital grave found themselves caught in the same clutches and held to the same standards. Proudly left-wing comedians are being forced to apologize for jokes deemed offensive. Proud Democrat actors and actresses are being forced to apologize for years-old interviews and social media posts made long before any of us had the notion of “intersectionality” or “cisgender patriarchy” shoved down our throats on a daily basis.

Writer/actor Mark Duplass - an unabashed Hollywood liberal - was forced to apologize and backtrack for simply defending Ben Shapiro as a decent guy who was always respectful and pleasant. Twitter came down on Duplass like a ton of bricks and even his liberal bonafides couldn’t save him. After a day of protests (and most likely a call from his publicist) Duplass walked back his statements and apologized for suggesting that Shapiro wasn’t Literally Hitler™.

Ivanka Trump went to the White House with her father as a pretty solid, New York liberal. It’s part of why #NeverTrump conservatives hate Trump so much. She has been mercilessly verbally abused in public, had her fashion brand forcibly removed from stores and has had to endure horrible insults about her children and her religion.

And as for Ellen? She’s as lefty as they come. Her and wife Portia de Rossi are LGBT royalty and have been activists for decades. Even that wasn’t enough to shield her from the progressive mobs.

It wouldn’t be surprising if any of these liberals might be rethinking their politics. When your allies suddenly declare you an enemy it can make you think about a lot of things differently.

Day after day it seems we are watching happily progressive celebrities be swallowed up by the standards they themselves championed. No one ever thinks that they will run afoul of the progressive mobs, but that is the slippery slope of censorship. Once you make it okay for the truly “horrible” people, it’s not long before it becomes okay for the sort of horrible people, and then the maybe horrible people and then it’s just a free-for-all for anything that makes anyone feel sort of, kind of, maybe uncomfortable for a moment.

The progressive left should be very careful. Look to Dave Rubin for what can happen to a person’s mindset when they are constantly and unfairly admonished for having independent   thoughts. The space to the right of center is filled with people just like Rubin. I am one of them.

Most of the Hollywood left think their activist status gives them immunity. Ellen is living proof that it does not.

It is my suspicion that the progressive mobs are so strongly pushing away their Hollywood allies that many of those allies might be heading for a change of heart, at least when it comes to free expression and tolerance of competing ideas. The liberal left may have won the battle to push conservative ideas out of the entertainment space, but progressive tyranny may very well be welcoming those ideas back simply because they’ve exhausted their allies.

If things keep going the way they are, the progressive left just may well make a lot of conservatives out of otherwise perfectly fine liberals.