Kira Davis
|
Posted: Dec 13, 2018 12:01 AM
Share   Tweet
The opinions expressed by columnists are their own and do not necessarily represent the views of Townhall.com. 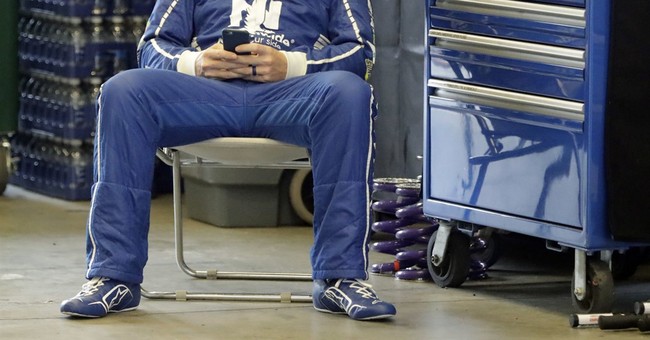 We have a saying here in California - a state motto of sorts.

Okay, I made that up. But it isn’t far from the truth. With a Democrat super-majority in Sacramento there is almost no opposition to any tax proposals that come up. Republicans often and with regularity cross the aisle to vote for big tax and spend packages in exchange for some of that money being spent in their own districts and on their own campaigns. Anywhere else in the country we might call that a “bribe”. Here in California we just call it “business as usual”.

It’s disheartening. There’s a reason why California ranks as one of the worst states for business in the entire country. There’s a reason we continue to hemorrhage tax payers and corporations that provide thousands of jobs. Californians are entitled to less and less of their money in a never-ending stream of fees, taxes and spending schemes. It is nearly unbearable. When voters fight back, the Democrat super-majority simply finds a workaround and votes for it. Sometimes they even sneak into the legislature in the dead of night and quietly change the rules so voters have no say at all on a given spending package. Often we aren’t even notified of it. It is simply handed down from on high. Swallow it or leave - if you can even afford the moving costs.

It is Christmas, and in the true spirit of giving (taxpayers a kick in the head) and the true spirit of California politics, politicians in Sacramento have discovered something they haven’t taxed yet and they look poised to rectify that. You may be asking, “What on earth is left to tax there?” and that is a fair question. After all, we tax rain water, energy, soda, even the air we breathe…literally. What’s left?

The San Jose Mercury News is reporting that state regulators are looking to levy a tax on text messages in an effort to fund phones for low-income residents. The state already taxes our cell phone service and the cell phones themselves, but it’s never enough for the state. Now they want to tax the things you do with your phone that has already been taxed.

Oh yes, there’s always more. Not only does the state want to tax our text messages, they want to make it retroactive by up to five years.

This might be the one saving grace for California taxpayers, as such an act may make the entire endeavor illegal. There also seems to be plenty of opposition even from the most “liberal” conclaves in the state.

In fact, “dumb” seems to be the most popular descriptor of this dumb idea.

The California Public Utilities Commission may be voting on the proposal as early as next month, so time is short. However, unlike with other taxes that people find easy to accept because they involve taxing those other people, a text message tax affects nearly everyone.

Perhaps if enough people hear about this tax they’ll make enough fuss to put this one on the back burner for a while. I’d say “kill it” but in California no bad idea ever dies. It just gets new sponsors.