What the Fight to Replace Scalia Says about Sorry Political Dialogue

Kevin Ring
|
Posted: Apr 19, 2016 12:01 AM
Share   Tweet
The opinions expressed by columnists are their own and do not necessarily represent the views of Townhall.com. 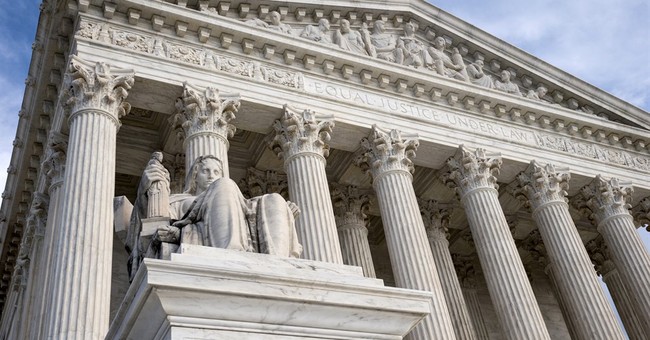 Just when you thought the level of discourse in Washington, D.C., couldn’t get any pettier or smaller, something comes along to unpleasantly surprise you. Witness the war of words that has taken place since Supreme Court Justice Antonin Scalia’s sudden death in February. The ongoing dispute is proof beyond all doubt that our politics is completely dysfunctional and our debates are embarrassingly unprincipled.

It began when Senate Majority Leader Mitch McConnell announced within an hour of Scalia’s death that he would not consider any nomination to replace the conservative legal giant. This unseemly statement prompted a quick and predictable response from Democratic leader Harry Reid, a man who has never let manners or propriety slow him down. From that moment forward, reflections on Scalia’s extraordinary record and influence were crowded out by talk of process and procedure.

Indeed, this graceless salvo began a pathetic exhibition of hypocrisy by both political tribes. Most instances of hypocrisy feature some temporal break that allows a politician to claim changed circumstances. “Yes,” the politician might say, “I once held the opposite view but that was before when things were different, including my understanding of the true nature of the issue. If I knew then what I know now, I would have always held this new position.” True or not, the politician manages to sleep at night.

But the debate over Scalia’s death and replacement provides no room for such rationalizations. Republican lawmakers and activists have frequently pointed to then-Senator Joe Biden’s assertion that Democrats would not consider a High Court nominee from President George H. W. Bush during the 1992 election year. What these Republicans do not mention, however, is that they criticized Biden for his statement back then and felt strongly that he was dead wrong. Conversely, Senate Democrats who cheered Biden back then now make up all sorts of excuses about why the situation today is different, even going so far as to argue that Biden didn’t say what he clearly said.

What makes this back-and-forth so embarrassing is that both sides seem to admit that they would change their position tomorrow if the roles were reversed. I have conservative friends who concede that if a Republican were president right now, they would believe that the president’s nominee should be heard and, if qualified, confirmed. Democratic friends are likewise unembarrassed to admit that they would think the best response to a Republican nominee in an election year would be to block him or her.

It is one thing to change positions and not fully recognize how your desire for greater political power contributed to the change. But it is something entirely different to believe that your decisions should not be judged by their intellectual consistency but solely by whether they help you and your tribe to accumulate power. Isn’t anyone even a tiny bit embarrassed about acting so brazenly hypocritical? It appears not.

In fact, Justice Scalia often said that his most important job as a Supreme Court justice was to tell the American people sometimes to take a hike. He explained that justices had to stand up to majorities when those majorities sought to limit constitutional protections. Scalia said justices were given life tenure to insulate them from political fads and fashions. Do the backers of the “let the people have a voice” campaign really want to give the Supreme Court a higher profile in our electoral politics? And if we trust the people so much, why not amend the Constitution and let them choose justices like they choose senators and congressmen: by election? It’s time to end the madness.

Washington today should be hosting important substantive debates about what type of judicial philosophy is best, why Justice Scalia was so admired by conservatives and liberals for his consistency and approach, and what qualifications a nominee should have. Instead, the news is dominated by partisan bickering among hypocrites and empty sloganeering by people who should know better. Surely we will hit rock bottom soon.