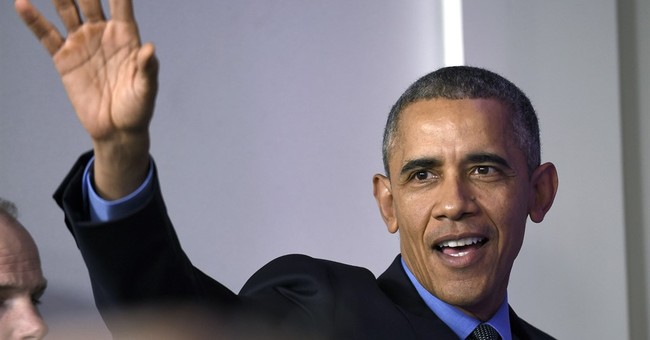 It is grotesquely ironic that the White House, the administration, the media complex, the leading candidate for the Democrats—not to mention leftist progressives generally speaking—are so uptight about a candidate for the other party who has little to no filter.

The irony is so rich because while the left (which includes all those listed above) may not ever fully say the most offensive and blatantly immoral, unhealthy, and in some cases inhumane things—they fight for policies that continually strip away dignity, health, and life for the masses.

They also attempt to insure those policies by actually inferring that anyone who opposes them are actually the morally questionable ones.

So for instance with abortion. If you support the constitutionality of protected innocent life—say at 20 weeks, when the sex is determined, and the life can live outside the womb—the left must label you something dangerous. You suddenly take on the persona of a woman hating monster (even if you happen to be female) whose intent isn’t to protect an innocent person, but to “trounce the rights” of women. They make the argument based on the idea that a baby is a part of woman’s body, but that falls apart now that we have DNA proof that identifies the child as a distinct human being. They will argue that they should have the right to kill that distinct person "without limits.”

Oddly the left is obsessed with sexual practice “without limits” as well.

The current White House occupant seems almost solely focused on such. Because while he has made a royal mess of economic recovery, border protection, national security, defense against terrorism, job creation, tax reform, immigration etc., he has left a “without limits” legacy in the area of sexual practice. Involving himself and the office of President more so than all previous administrations.

Yes the current President is extremely concerned about people who can not procreate being given the same “love” in every way a society can as those who produce 2-10 (and more) offspring that will actually be the future tax-payer/defenders of this land. From a pure priorities standpoint its completely backward, but oh, if he would only stop there.

Now he must see to it that your very family values comport to his.

Palatine Township High School District 211, in Palatine Illinois knows all about it.

They have been having a local community debate about whether or not "girls" that are still anatomically male should be allowed to shower in the girl’s locker room. Not like a visiting road team who’s forced to use the girl’s locker room for a varsity game. But as in when they come straight off the soccer pitch, track, gym, or diamond and when your daughter is standing in the gang shower naked, vulnerable, and likely a little shy about her privacy even in front of other girls on some level. Yep, President Obama wants said "women" with male features to have the right to shower right next to her.

Mind you there has been no judiciary finding in the matter, no discovery of studies of facts about how said dudes might serve dangerous intent or outcomes to your daughter.

Because a school who does not allow such behavior has been found by the administration to have "violated anti-discrimination laws when it did not allow a student who identifies as a girl to change and shower in the girls’ locker room without restrictions.”

Not satisfied with letting the township of Palatine solve this “problem” for themselves, the feds feel the need to reach past Congress, past the State of Illinois, past the county, past even the township, the mayor, the school board, the teachers, or citizens. Usurping all limits to the reach of their federal power—which is clearly defined as being greatly limited—they are bullying people in an isolated community, because their vision of local schools doesn’t match the “without restrictions” utopia of Obama.

Obama wants very few limits on immigration, the borders, terrorists, terror supporting groups in America, the use of narcotics, the unhealthy use of sexual practice, moral guidelines for society, the killing of unborn children, or even the ability of children to experience weird and experimental societal laboratories that might literally be someone’s “wet dream.”

This view of all things without restrictions drives the “need” for bigger government (to help the individual recover from the chaos their limitless life ultimately brings), universal healthcare (to deal with all diseases, pregnancies, and death sentence viruses that might arise from such) and a weakened ability for the individual to protect themselves.

But that political agenda is fairly secondary, as this group that is supposed to be serving us presently, has never enjoyed as great a rush as they do today when they tell someone who disagrees with them—where they can step off.

Governing “without restrictions” will ruin nearly every element of decent life as we know it.