Why Obama Gave Technology To Iran 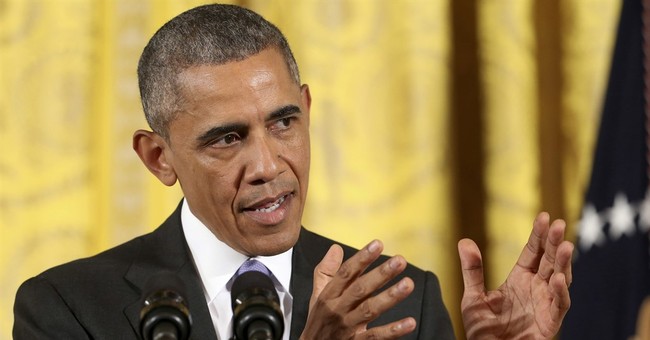 What everybody already knows: Iran wants a nuclear weapon. Whether it’s to utilize for themselves, or to monetize to the open market of global bad actors Iran is heavily invested in getting the bomb.

What many did not know: Our goal going into the multi-lateral talks with Iran was clear, end Iran’s nuclear weapon pursuit. Our end result walking away from the talks was equally clear—the United States leading the way—gave Iran permission to get the nuclear bomb (the very thing we were attempting to keep them from getting.)

What many now think: Iran’s pursuit of nuclear weapons has been suspended for ten years, and they are twenty years from a nuclear bomb.

What only few know: According to how the agreement is interpreted, Iran may be 16-24 months from having a nuclear payload.

Not since the Munich pact when Great Britain’s Neville Chamberlain gave away the nation of Czechoslovakia to Adolf Hitler has such a monumental waste of time and energy gone into intense and necessarily serious global negotiations—only to come away with the world in far greater danger than before the talks commenced.

The failure in this case so epic that Chamberlain’s “peace in our time” ineptitude will be second place on the list of historic gaffes behind Obama’s “we kept them from getting the bomb.”

The level of incompetence by best measure, or by treasonous malice by worst, is such that America, our European, and Middle Eastern allies will all be soon bending to the fever induced whims of mullahs that would rather behead us all.

Fundamentally transforming America has commenced, towards Shia Sharia Law and everything that comes with it.

But it was a couple of days after the deal was announced that Richard Allen of the #StopIranRally and www.StopIranRally.org was on my show(s) and pointed out that in the agreement, Obama promised something even more sinister. Buried in the depths of the agreement, the following:

The USA shall supply “cooperation in the form of training courses and workshops to strengthen Iran’s ability to prevent, protect and respond to nuclear security threats to nuclear facilities and systems as well as to enable effective and sustainable nuclear security and physical protection systems.”

So not only did we go to a meeting to end their nuclear weapons program, and come away giving them permission to continue with it.

So not only did we go into a meeting knowing that Iran was the world’s number exporter of global terrorism, and come away giving them $150,000,000,000.00 (I like to write the full number instead of spell the word “billion” just so that you can see how many zeros follow the one.)

We also—evidently—pledged in the middle of the entire thing to share technology with the Iranian regime on how to best protect their nuclear arsenal, including proprietary technology about systems both technological and physical.

That pledge also strikes me eerily as though we are saying that we ourselves will assist in the protection of their nuclear weapons, which I believe proves costly in our relationships with Israel, Saudi Arabia, Great Britain, France, and Iraq.

So why are we doing it?

There are but two conclusions.

The administration is so dense that they believe the Iranians will keep their word, though they have never kept or honored a single agreement ever entered into in the modern era. Or… there is something far more sinister afoot and the administration is too naive, or perhaps too willing to be an accomplice to fight for what is the morally right thing to do.

And yeah I said it—there is an element of this conversation that is no longer partisan, or optional.

You are either with us or against us.

Many are the fools of history who have refused to understand, acknowledge, believe, or prepare for the deeds of crazed lunatics who warned for seasons that they would do what they later attempted. Marx, Hitler, Stalin, Hussein, Mao, the list goes on.

Somehow in some strange series of events only 14 years removed from the attacks of 9/11 we the people of the United States have found ourselves falling helplessly through the cracks of history as our current leadership has opened the canyon of buffoonery.

The progressive’s ignorance of evil and all that it accomplishes is the single greatest danger to America and her future.

It is the reason that you must join us from wherever you can this Wednesday. The #StopIranRally in Times Square at 42nd and 7th must be the first of many demonstrations whereby the sane here in America, wake up, and tell the maniacal egos of leadership that they have gone too far.

Congress will vote to ratify this binding agreement.

The agreement can be defeated if a veto-proof vote can be secured to kill it.

Call 202.224.3121 and instruct your U.S. Senators and your House of Representatives member that they must voted against ratification for not just the security of their future, but of the free world at all.

We passed "enough" a long time ago!