Global Warming: The All-Purpose Farce to Control Your Life 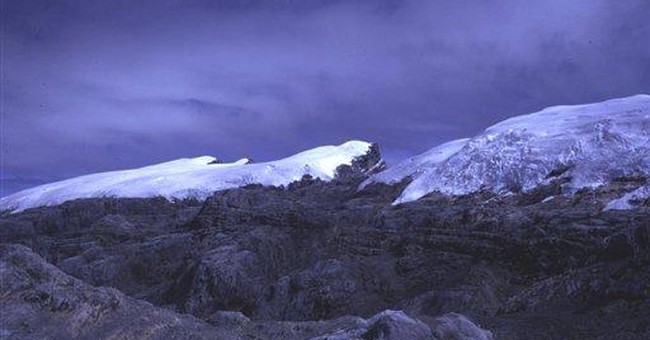 Democrats say they want government to stay out of your bedroom.

Actually, they want government in every room of your house and in the ventilation system as well.

By now, you’ve probably heard about the proposal of the California Energy Commission to require that all new homes in the state be outfitted with a “programmable communicating thermostat,” an Orwellian device which would allow the government to control the temperature inside your house. Imagine: a government bureaucracy along the lines of the Department of Motor Vehicles or the U.S. Postal Service controlling the comfort level you are allowed to maintain inside your own home!

You may have read the elitist article in the New York Times which dismissed opponents of the plan as technophobic rubes.

And you might have done a high-five in your mind’s eye when you heard that the Commission was forced to table the idea after an avalanche of protests driven by the internet and talk radio (my talk radio audience was furious). A day later, the Commission dropped the idea entirely.

But this isn’t Yorktown, it’s the Battle of Lexington and Concord, and many hard years of struggle lie ahead.

The Democrats (a.k.a. global warming wimps) have found the rhetorical weapon they will use for at least the next decade to decrease your liberty while increasing their power, and that weapon is the hysteria over global warming.

If you think the interstate commerce clause of the Constitution is interpreted too broadly, if you think governments grab power by regulating anything with a budgetary effect, if you think the notion of public health has become an invitation for bureaucrats to tell you what you can eat or drink, you ain’t seen nothing yet.

Environmental doomsaying is one of the most powerful tactics that liberals use to obtain and wield power. At its heart, the Democrat Party is a coalition of interest groups that feed at the trough of the government. The more power the politicians and bureaucrats have, the more contracts and benefits the groups can gobble up.

Notice how the rhetoric of environmental protection has changed over the last decade to justify the expansion of governmental power and rapid erosion of personal freedom.

At first, the problem was “acid rain,” and liberals used the fact that clouds crossed state lines to propose onerous federal regulation of the energy industry. The first President Bush outsmarted them in 1990 by implementing a free-market program that monetized a limited right to pollute, and acid rain became an issue of the past.

By the mid-1990s, the liberals had turned their attention to “global warming.” Problem: the theory of human-caused global warming is challenged by the fact, among others, that average temperatures were higher during the Medieval Warm Period a thousand years ago.

Never ones to let facts stand in their way, the liberals changed their slogan a few years ago to “climate change,” which had the advantage of being impossible to disprove. Hotter or colder today than yesterday? We are destroying the planet! Our kids will have no air to breathe, no water to drink! Call out the National Guard!

People quickly caught on to the slickness of “climate change,” and the left changed its spots again, now demanding an armada of new rules and regulations to control the size of each person’s “carbon footprint.” (Of course, wealthy liberals like Al Gore and John Edwards purchase questionable carbon offsets so as not to impinge upon their lavish lifestyles. Sacrifice is for the little people). Frankly, our personal liberties would be better off if we had let Al Gore continue in his fairy tale claim that he invented the internet. “An Inconvenient Chat Room” would have done much less to harm our wallets than the cult-like following the propaganda piece “An Inconvenient Truth” left in its wake.

Everything you do has a carbon footprint and could be regulated by the government. If the Democrats have their way, you could face new limits on what you eat for breakfast, the way you travel to work, the computer on which you read Townhall.com, the medicines you take, the clothes you wear, the DVDs you watch, everything – everything!

Not even your thermostat.

Trending Townhall Video
Senate Republicans Highlight Biden's Many Failures in Just Two Years of His Presidency
Sarah Arnold
The Number of Hurricane Ian Rescues That Have Been Conducted in FL So Far
Julio Rosas
Jake Tapper Owns DCCC For Trying to Hide How They Promoted Republican House Candidate
Rebecca Downs
Did a Political Dispute Cause a North Dakota Man to Kill a Teen? Either Way, He's Now Charged With Murder.
Matt Vespa
Latest FiveThirtyEight Issues Survey Seeks to Tie 'Partisan' Issues Together to See If There's Common Ground