Undeterred by Waitlists, Parents Apply in Droves for School Lotteries 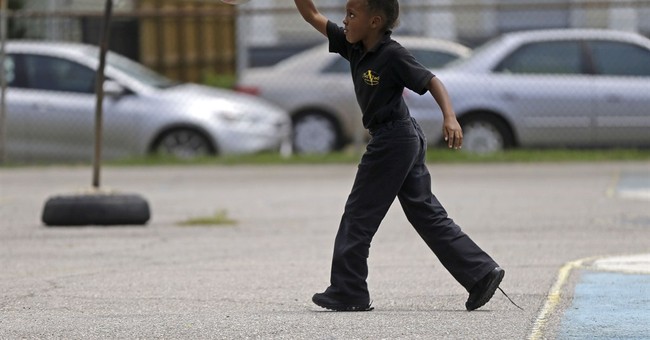 "Lottery," to you, might bring to mind ping-pong balls bouncing around in a glass tube, as millions anxiously wait to see if they'll win millions of dollars. But nationwide, millions of parents must anxiously wait out a different kind of lottery: to see if their children will be selected to have a chance at a better opportunity. The expansion of charter school programs in some of the nation’s biggest metropolitan areas have given more parents and students access to a different educational track and an alternative option to an underperforming public school system. But despite expansions in charter and other choice programs, massive waitlists persist around the country. These waitlists can number in the tens of thousands, and charter school advocates put the total number of parents on waitlists around the country at over one million. The message is clear: parents want choice.

Reports on some of the nation’s leading choice programs have seen applications far and above what the programs’ limited scope allowed for. This leads to heartwrenching moments for parents and children who merely want the chance for a better opportunity.

A new campaign in Philadelphia called “No More Waiting” is trying to inform voters - and the more than 22,000 families on charter waiting lists in the city - ahead of city council elections this fall. It’s a way for charter advocates to mobilize families who have experience with charter schools or those on these waitlists about the successes of the Philadelphia system and to push for expansion of the program. These huge waitlists persist despite five new charter schools being approved this year.

In Washington, D.C., school choice lotteries have been expanded so that families could apply to both charter schools and public schools outside of their neighborhood borders. There are massive waitlists for both - the waitlists, combined, number over ten thousand students. D.C. charter schools serve on of the largest populations of school-age students of any charter system in the country - and yet demand is still outstripping capacity.

Atlanta, too, has seen runaway success of their charter program. The city voted last month to increase funding by $21 million for the program, to meet an increased demand of thousands more students and families. The charter program there has grown to serve 14% of the school population, and like in Washington, waitlists remain.

And last year in Wisconsin, their choice program overflowed: over five times more applications were submitted than could be accepted. In the wake of the demand for school choice from parents, Gov. Scott Walker offered to completely eliminate the cap on Wisconsin’s school choice program entirely in his budget proposal.

It’s about more than just putting parents in control of their children’s educational opportunities. Study after study have shown that both charter schools and private scholarship schools outperform public schools and give underprivileged children opportunities that they’d never have if they were trapped in their public school districts. These schools do this despite the fact that they’re usually operating with smaller budgets than their public school brethren.

Opponents who are ideologically committed against educational choice programs typically downplay the numbers that show better outcomes for students. What they cannot argue with is the enthusiasm that parents are showing for choice programs. While anti-choice activists trot out tired arguments that choice schools don’t give students better outcomes (they do) or that choice schools merely “cream skim” the best students from public schools (they don’t), they cannot argue with waitlists. They cannot argue with parents who are applying in droves just to give their children a better opportunity. The people who have the most investment in the future of America's children - parents - are making their preferences heard with their participation in choice lotteries. It would be a brighter future if legislators nationwide gave them better odds to hold a winning ticket.