The GOP: A House Divided 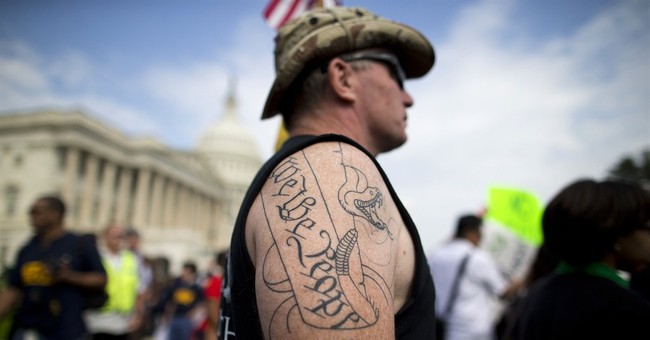 It has been said that success has many fathers, but failure is an orphan. Not so in the current political milieu. As the GOP continues its march towards irrelevance, the finger pointing and blame games continue in earnest. Depending on who you ask, the Tea Party is either the problem or the solution. The same might be said of the Republican establishment. Either way, things aren't looking good for the Grand Old Party, and if something doesn't change – and soon – America's two party system might just go the way of the rotary telephone.

Ken Cuccinelli's loss to Terry McAuliffe in Virginia's recent gubernatorial election has come to symbolize the fracture threatening to break the back of the Republican Party. Establishment Republicans pin the blame for the loss squarely on the Tea Party. If Bill Bolling had been the candidate, McAuliffe wouldn't have won. Tea Party forces manipulated the nomination process to ensure the selection of a candidate who didn't stand a chance of carrying Northern Virginia. In the name of principle they gave the race away. The Tea Party, for their part, blames the Republican establishment for short-changing Cuccinelli financially, denying him the critical monetary resources necessary to compete with the McAuliffe campaign's deep pockets.

This same scenario is playing out at both the state and national level all across the country. Tea Party purists, tired of the incestuous dysfunction of Beltway politics, are challenging establishment incumbents in safely Republican districts. They are passionate, committed, and determined, and they aren't going away. They see everything they love about their country under attack and they want representatives who are serious about fighting back. They want more Ted Cruz's and fewer John McCain's. They are wary of anyone who claims the "moderate" mantle because they've come to view it as code for accommodation and spinelessness. They believe that there are too many incumbent RINOs in Washington who've grown fat and comfortable ruling over their political fiefdoms, and whatever principles they had were long ago abandoned in exchange for personal security and political gain.

The Blue Blood Republican establishment, on the other hand, has a system that works quite well for them and they have no interest in rocking the boat. Their interests are not ideological, they are pragmatic. For them, politics is about money and power. They invest in certain candidates as a cost of doing business and expect a return on their investment when their candidate wins. They are for big government when they need a bailout but against it when it hampers their misbehavior in the marketplace. They view the base with sniffing disdain and are put off by their preoccupation with provincial issues like abortion and gay marriage and their obsession with integrity, principle, and ideological purity.

Many pundits claim that Chris Christie is the man to bridge the gap between these two factions. Christie is a charismatic, straight-shooter who gets the job done in Trenton. He's done a remarkable job of working across the aisle to do good things for the people of New Jersey. For all his talent and appeal, however, Christie is no Ronald Reagan. And while he claims to be a conservative, what passes for conservatism in Newark won't pass the smell test in Nashville or New Orleans.

Bottom line: There's no end in sight to the tensions presently plaguing the GOP and there is no Ronald Reagan at hand who can bridge the gap between the Blue Bloods and the base. Given the nature of the growing divide, it appears that schism is imminent. The Republican base cares more about the future of America than it does about the future of the Party. They no longer believe that what's good for General Motors is good for the country. The Wall Street debacle and ensuing bailout taught them otherwise. We may soon see the rise of a real third party that aligns itself with candidates of different stripes who care more about principle than they do about politics. If the Tea Party can hang on to its principles and not succumb to the pressure to go along to get along, it may transform the face of American electoral politics.