Still a Long Way to Go for Equality 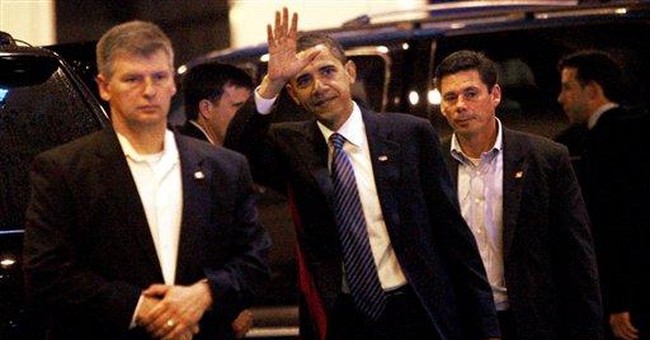 The election of the first African-American President of the United States on Tuesday was a great moment in American history. Regardless of policy or party, the simple fact that a black man has been elected Commander in Chief of a country which once enslaved black men is incredible. Bigotry and racism will always exist, but on Tuesday Americans showed that we now live in a country where race is not a barrier to the highest public office in the land. In that sense, this election was a great and historic day for America.

Our Founding Fathers grasped the important truth that "all men are created equal." They understood that all men have "unalienable rights" endowed to them by their Creator. Of course there was some hypocrisy and inconsistency in the Founding era, seen clearly in the continuation of slavery despite those great principles of human equality laid down in the Declaration of Independence. There was then—and there will always be—bigotry and prejudice. These vices still exist today. One merely has to look at the constant discussion of race as a factor in this election. The media and pundits went on and on about how "whites," "blacks," or "hispanics" were voting, without acknowledging that these very categories are classifications based on race. Truly moving beyond racism will require that we continually work to remove the consideration of race from our decisions. Nevertheless, from a historical perspective, the recent election is a great sign that America has moved beyond the kind of poisonous racism that was common in our country only fifty years ago.

Hopefully America will continue its progress towards upholding the equality of all people. While we have made great strides in moving beyond racism, there are still many people who are denied basic human rights. Increasingly, as a culture, we have come to view the unborn, the profoundly handicapped, and the elderly as expendable. In rhetoric reminiscent of the worst racism in history, we accord these innocents fewer rights than the rest of us, implying they are somehow less than fully human. A mother's "choice" is seen as trumping her baby's right to life. Society's "convenience" is deemed more important than preserving the rights of the elderly and infirm.

President-elect Barack Obama frequently sounded the unifying refrain of overcoming racial divides. Sadly, he has been unwilling to promote the equality of other innocents who suffer from discrimination. He will have many opportunities in the next four years to intervene to protect vulnerable human beings. Will he protect the unborn, the handicapped, and the elderly? Or will our first black President use the power of his office to perpetuate discrimination against the least among us?

During the next four years, Barack Obama will likely be in a position to appoint multiple Supreme Court justices. Rulings of the Court over the last thirty-five years have resulted in the deaths of more than 40 million unborn children. These human beings were denied their basic human rights. Their deaths constituted the worst possible form of discrimination. Barack Obama will appoint justices who will likely sit for the next thirty-five years. Will his appointees support true equality for all people?

America has slowly come to recognize that the color of one's skin does not determine one's status as a human being. But, while skin color is disappearing as a standard of measurement, human beings are still being discriminated against on the basis of age, size, and location. Our willingness to destroy people because they are located in the womb or a petri dish, or because they are immature in their development, or because their quality of life does not measure up to someone else's subjective standard of perfection, dehumanizes the victims and diminishes us all.

As our nation rejoices in this historic election, our hope is that the hearts and minds of Americans will be opened to understand that all humans deserve equal rights to life and liberty and that there are still many who are denied that right. Hopefully our new President will come to realize the full implications of his passion for human equality. Would that he would have a change of heart and become an advocate for the equality of all people. Until he does, however, each of us has a duty to stand in the gap and to defend those who are unable to defend themselves.