Trump, The FTC and Unleashing The U.S. Economy

Ken Blackwell
|
Posted: Feb 13, 2017 12:01 AM
Share   Tweet
The opinions expressed by columnists are their own and do not necessarily represent the views of Townhall.com. 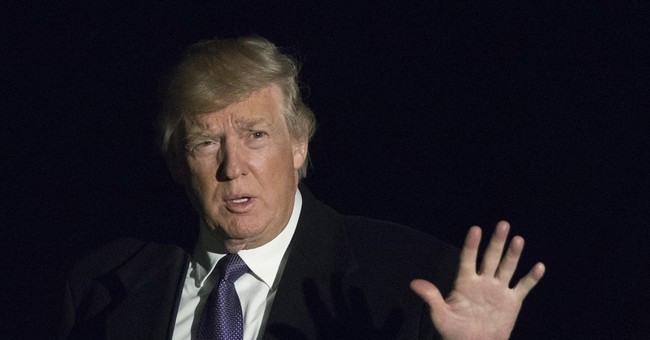 After a stunning win in a change election, President Trump is off to a fast start implementing major change. The President and his administration are moving aggressively to implement pro-growth policies that will boost our economy after years of a sluggish recovery.

An essential part of unleashing the economy is putting in place the right people in the agencies across this government who are prepared to enact real change that roll back harmful regulation and limit the size and scope of government. At a number of important agencies, the President has started to do just that. Many have rightly cheered the appointment of Ajit Pai as the permanent chair of the Federal Communications Commission (FCC) who is moving to rein in harmful regulations from the previous administration and to pursue common sense reform.

Another important agency where the President has an opportunity to bring significant change is the Federal Trade Commission (FTC) which has jurisdiction over antitrust, Intellectual Property, privacy and protection of consumers from deceptive trade practices. He took a step in the right direction by naming current Commissioner Maureen Ohlhausen as the acting chair, but it is time to cement her leadership by naming as the permanent chair – which many leading conservatives have advocated.

At the FTC, Ohlhausen has been a strong voice of reason and, often, a voice of dissent from the over regulatory policies of the previous commission. She is committed to free markets and economic liberty and very importantly has talked about the importance of “regulatory humility.”

Ohlhausen was right on target when she recently told a gathering at the Heritage Foundation that: “Although well intentioned, the majority Commission under President Obama at times pursued an antitrust agenda that disregarded sound economics. It imposed unnecessary costs on businesses, and substituted rigorous analysis of competitive effects for conclusory assertions of ‘unfair competition.’”

The time has come for our government officials to be more circumspect in their advocacy for government intervention – including aggressive antitrust enforcement. Olhausen understands this and has advocated “evidence based” enforcement where we limit antitrust and other enforcement to areas where we have real evidence of consumer harm, not based on speculation or just the complaints of competitors who would love to have the government hamstring their rivals.

It’s rare, but refreshing, to hear a government official in a position like hers talk about the need for humility, but Ohlhausen has done just that. In prescient remarks at one event Olhausen said, “[f]ueled by supportive social attitudes and free market institutions, businesses have been the engines of this prosperity. Regulators who don’t want to stall these engines of innovation should remember the long history of beneficial innovation, remain humble about what they can know and accomplish, focus on addressing real consumer harm, and apply tools appropriate to the harms that do arise.” Ohlhausen’s understanding that there are limits on what regulators can, and should do, and the harm that too much government action can have, is precisely what makes her a great chair.

Innovative sectors of our economy are fast moving and the markets often work themselves out long before the slow hand of government intervention is able to. Clearly there are times that enforcement is needed, but it should come with a “humility” that understands the balance for appropriate action.

Finally, Ohlhausen has been one of the lone voices warning about how the actions - and rhetoric - of the FTC and other government agencies often send the wrong message to the competition and antitrust authorities in other nations (which often don’t have the same due process and rule of law procedures). She has argued this is especially true on Intellectual Property issues. At a recent Heritage Foundation event she made the case that anti-IP statements and actions have had a negative effect. “And yet we see countries – especially in Asia – that take or allow the taking of American proprietary technologies without due payment. The FTC has unfortunately contributed to that dynamic.”

She articulately argued that the US must practice what it preaches, and in so doing, we will send a powerful message to the rest of the world on property protection and regulatory restraint.

Ohlahusen’s appointment as the permanent chair will help send that message as well – here and abroad. Her experience and vision will be an important step in continuing the important work the administration has done in rolling back regulation and supporting and encouraging innovation.