Ken Blackwell
|
Posted: Sep 15, 2016 12:01 AM
Share   Tweet
The opinions expressed by columnists are their own and do not necessarily represent the views of Townhall.com. 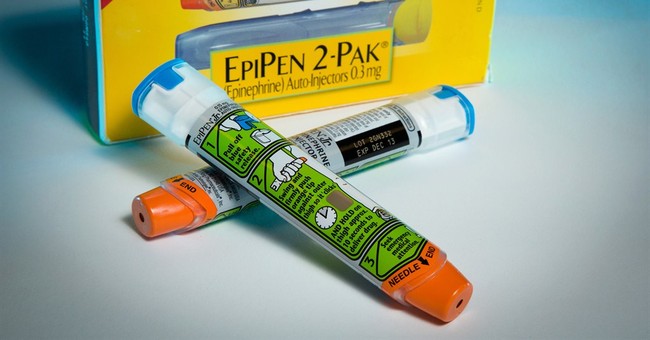 While many Americans rightly have concerns about the affordability of some medicines, the evidence has always shown that government solutions are the wrong way to go. People are living longer and healthier and many previously debilitating and incurable diseases are now better managed, and sometimes cured. That is made possible thanks to a culture of innovation in this country where people and companies, both large and small, spend valuable time and resources researching, testing and ultimately bringing life-saving drugs to market. However, when government dictates prices or tilts the playing field towards certain players that will only discourage that investment in inventing groundbreaking new treatments and medicines.

The recent controversy over the pricing of EpiPens has put a focus on the issue of drug costs – and on the important role prescription drugs play in our health. Unfortunately, the call for drug price controls is a constant talking point on the left (and unfortunately among some Republicans). Hillary Clinton, Bernie Sanders and others never cease to advocate government dictating the price of prescription drugs and other forms of government intervention in the industry that will deter innovation and sometimes undermine safety.

As a former State Treasurer, I ran Ohio’s pension fund and the investments it made. That first hand investment experience helped me understand how companies invest and deal with marketplace incentives.

Some government mandates and policies in the past have played its own role in some of the problematic pricing issues we face today. The last thing we want to do is have more government regulations to “fix” things. That will invariably lead to less investment, possible rationing and in some case – higher prices. In the wake of the recent EpiPen controversy, some members of Congress are already talking about hearings and legislation that will only serve to exacerbate the price fixing problem.

Politicians in Washington never passes up the opportunity to make things worse, so let’s beware.

In one prescription drug related government “solution” driven by Washington, some Senators and Congressman are pushing for legislation to require the so-called “forced sale” of certain drugs. One version of this approach is known as the Creates Act. It deals with a class of drugs that meet the FDA’s higher safety level under what are called “risk evaluation and mitigation strategies”. These are drugs that are very powerful and life-saving but may have severe side effects (such as birth defects or brain infections) if not handled or used correctly.

Due to the seriousness of these medicines, generic companies who are requesting samples to begin preparing their own version once it’s off patent, must meet a higher threshold and have a safety plan. Under this legislation, generics can simply request the samples and within 31 days they can begin suing if they don’t receive them. As it stands now, when a generic company requests the sample there is a business-to-business negotiation process between them and the brand name manufacturer to figure out the right terms and protocols.

This intrusive legislation tilts the scales and gives leverage to the generic firm – regardless of safety concerns. As a number of experts have pointed out, they have the incentive to run out the clock for 31 days and then sue. The manufacturer is now pressured to make a decision under the threat of lawsuit – which results in an economic disincentive and, worse, potentially agreeing to safety terms they are not comfortable with.

This type of legislation is a dream come true for trial lawyers looking for business and may create a cottage industry of firms requesting these samples for the sole purpose of lawsuits and settlements – as opposed to producing an actual generic alternative.

In another example of government intervention gone bad, this approach will create a disincentive for companies to invest in ground breaking drugs that can save and improve lives and potentially open a market for these drugs to be used for harmful purposes. If we give the upper hand to one player over another, limit patent protections, empower trial lawyers and put possible price caps on these drugs, we’ll see less innovation – at a high human cost.

The cost of prescription drugs and the pace of industry innovation are key issues facing the United States. We need to address concerns of prices and availability, but we also want to protect safety and, perhaps most importantly, we want to make sure innovators are continuing to invent medicines that will cure our diseases and save the lives of our loved ones.