Don't Make a Federal Case Out of It

Ken Blackwell
|
Posted: Sep 06, 2016 12:01 AM
Share   Tweet
The opinions expressed by columnists are their own and do not necessarily represent the views of Townhall.com. 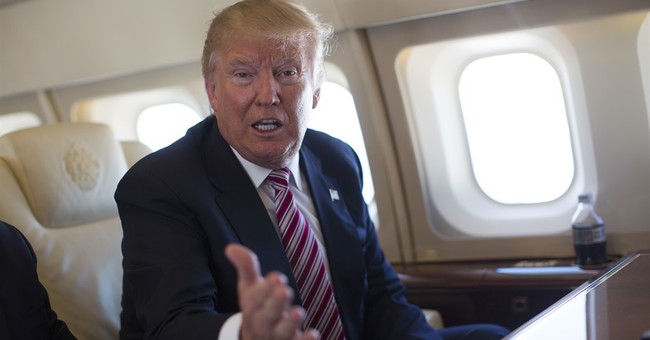 The Democrats are now playing the Russia card. As Donald Trump rises in the polls against an increasingly unpopular Hillary Clinton, Democrats are raising the specter of the nefarious Vladimir Putin. Then-Secretary of State Hillary Clinton’s famous reset of relations was a bust, but we are supposed to trust her to handle Putin in the future. More important, the Democrats are sowing grounds to challenge the election, relying on their unnatural ability to squeeze, as if by magic, extra votes from the courtroom.

There may be an even more insidious objective, however, than swaying the 2016 result. Outgoing Nevada Sen. Harry Reid, never a fan of election fair play, warned of Russian tampering and called for an FBI investigation. This followed warnings by Jeh Johnson, Secretary of the Department of Homeland Security, of potential cyber-attacks come November. He indicated he was considering designating the election system “critical infrastructure.

This would be followed by a Washington campaign to “assist” and “protect” balloting, which inevitably would turn into control. The Heritage Foundation’s Hans von Spakovsky warned that Johnson’s action “may be a way for the administration to get Justice Department lawyers, the FBI, and DHS staff into polling places they would otherwise have no legal right to access, which would enable them to interfere with election administration procedures around the country.” That would dramatically, and permanently, transform the constitutional balance between the national and state governments.
CARTOONS | Tom Stiglich
View Cartoon

Despite scare-mongering by Reid and Johnson, there is no evidence of any impending cyber-attack on the American electoral system. Even Johnson apparently admitted that he could point to no indications of such a threat. A far greater danger to the integrity of U.S. democracy is vote fraud, yet the courts seem determined to block any effort to even require identification to cast a ballot. This undermines the great strength of America’s elections, state control.

As von Spakovsky pointed out, “we have the most decentralized election system of any Western democracy.” This approach protects America from having Russia (or China or anyone else) manipulate electoral outcomes. Nationalizing the process actually would make U.S. elections far more vulnerable to outside attack.

Which demonstrates the continuing wisdom of the nation’s Founders in creating a system that kept most important public policies and activities at the state level. The national government was established to deal with national problems, not to elevate to the national level controversies which belonged closer to the people.

The Founder’s idea, called “federalism”, naturally grew out of Americans’ commitment to self-government. The people, not a king or emperor, were sovereign. They were to solve their own problems and chart their own futures. That required decision-makers to be close to each other and the challenges facing them.

In this way federalism had a lot in common with the Catholic doctrine of subsidiarity. Whenever possible, higher, more distant institutions should leave undisturbed authorities below. Each government had a specific role and should not encroach upon the responsibilities of others.

Early Americans well understood the meaning of federalism: creating two distinct levels (local authorities being subsumed within states) of government with separate and defined duties. Unfortunately, however, the founding generations allowed ambiguity to creep in by calling the national government the “federal” government.

The very concept of federalism requires protecting the vibrancy of state (and local) institutions. The federal system meant dual authority rather than the unitary system prevalent in Europe, including in Great Britain. Although the Civil War established the ultimate supremacy of the national government, the conflict did not wipe out state sovereignty. The so-called federal government remained small, without much day-to-day impact on most people’s lives. Even enthusiastic nationalists at the time could not have imagined the wholesale federal takeover of education, health care, and welfare.

Of course, to speak of “federal” action now means to nationalize an issue. Thus, supporting the founding principle of “federalism” risks communicating the opposite of the truth to people, suggesting that the Constitution turned most problems over to the “federal,” that is, national government. And that continuing islands of state authority, such as running elections, are anomalies which should be wiped out.

Federalism in the original sense of the word always set American democracy apart from that of other nations. Power was separated and balanced; responsibility was accorded to institutions best able to confront problems. The people retained ultimate sovereignty and remained close enough to their officials to hold the latter accountable.

Unfortunately, these principles are under sustained attack. Attempts to tie Trump to Russia are just another attempt to expand federal, as in national, authority. With so many of their leaders AWOL, only the American people are left to stand up for their country’s founding principles. Only We the People.