Calling on Publius to Stop the Madness

Ken Blackwell
|
Posted: Apr 02, 2016 12:01 AM
Share   Tweet
The opinions expressed by columnists are their own and do not necessarily represent the views of Townhall.com. 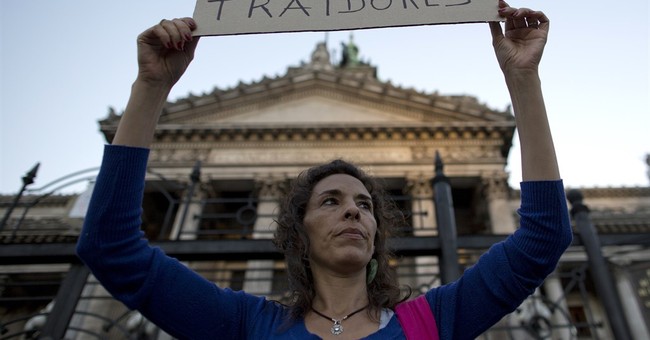 Are you familiar with Mrs. Silence Dogood?

They are a pseudonym (fictional pen name) and an allonym (a historical pen name) employed by men in our Founding Generation. Ben Franklin wrote as the widow “Mrs. Silence Dogood” and James Madison, Alexander Hamilton and John Jay shared the name “Publius” in making the case for U.S. Constitution in The Federalist Papers.

The anonymity provided by these pen names allowed focus on the argument not the author.  The anonymity safeguarded the author from political retribution or worse.   These founders, who did not disclose their identity, understood the value of political speech and fought for its protection ultimately through the First Amendment.    Amazingly, one of the greatest threats we face today is the freedom of citizens to express themselves.  The Left’s strategy is to limit political speech through campaign finance laws that use attractive words like “transparency” and “disclosure.”  The Democratic Attorney General in California is using these tactics against nonprofits in her state.

Amazingly, a Republican state Senator, Kurt Schaefer, is leading an effort to require 501 (c)(3) and 501(c)(4) groups to disclose their donors. His sweeping amendments to a Senate bill would require all these groups to name their contributors (and expenditures) if anyone who makes spending decisions for the group is a candidate, a candidate’s spouse or – and get this – “has a contract or is employed by a candidate.” Recently, the Wall Street Journal criticized the work of Senator Schaefer, asserting these speech restrictions would have the effect of a c4, like the National Rile Association, to disclose all their donors, if one of their consultants works for a political candidate in Missouri, even if the group is not active in the state.  Imagine if a candidate had a fundraiser who also raised money for a c3 like a Christian adoption agency. If this consultant makes spending decisions, the amendments seem to be written so broadly that these donors of this charity may have to be disclosed.

Why would the Republican state Senator and Attorney General candidate Kurt Schaefer want to use the concepts of “disclosure” and “transparency” to stifle political speech?   He seems to be in the dark pursuit of his own private political ends.  I have written about Senator Schaeffer in the past. As a Republican candidate for Attorney General, he is struggling in a Republican primary against the Constitutional lawyer, Josh Hawley, who National Reviewhas named the “easy Conservative choice.” Unfortunately, as a republican Senator, Schaeffer has fought against religious liberty and tort reform and isn't a darling of conservative Republicans.  Disclosure and transparency are of no virtue if they’re used to shut down your political opponents.

Never mind that Schaefer’s speech restrictions seem unconstitutional under our framer’s First Amendment, and the state of Missouri will squander precious taxpayer dollars defending it in the federal courts. His amendments ill-service the public in the greater cause of serving himself and other incumbent politicians seeking higher office. Pretty words like “transparency” and “disclosure” are, in this instance, false flags for the ugliest political intimidation. Individuals and interest groups with business before Senator Schaefer – or any incumbent -- may be unwilling to support his opponents, for fear of reprisal, if they know all their names will be made public.  (“Nice little business or career you got going there. It would be a shame if I passed a law or exerted some muscle making it harder for you to make a living.”)

This kind of rough stuff is already happening to disclosed donors around the country.  The head of Mozilla lost his job for making a small contribution to a marriage campaign in California when it was publicly exposed.  Businesses have been boycotted and ringed with protestors. You can read about some of it in The Silencing: How the Left is Killing Free Speech.

Can it happen in Missouri? Well, it appears that Senator Schaeffer has already attempted to silence the political speech of Josh Hawley. According to former University of Missouri President Tim Wolfe, Schaefer pressured him several times “to take away Josh Hawley’s right to ask for an unpaid leave of absence to run for office to run for office” Rebuffed on that front, the Senator then asked Wolfe  “to get in the middle of the tenure decision for Mister Hawley, which I refused as well.”

After initially refusing to comment when a reporter from the Kansas City Star called, Senator Schaeffer denied the charge.

But why give the “Senator Schaeffers” of our politics more opportunities to silence their opponents and curtail all of our political speech?

It’s a question “Publius” (meaning also “friend of the people”) could certainly answer.