A Red Herring in Virginia

Ken Blackwell
|
Posted: Jan 08, 2016 10:04 AM
Share   Tweet
The opinions expressed by columnists are their own and do not necessarily represent the views of Townhall.com. 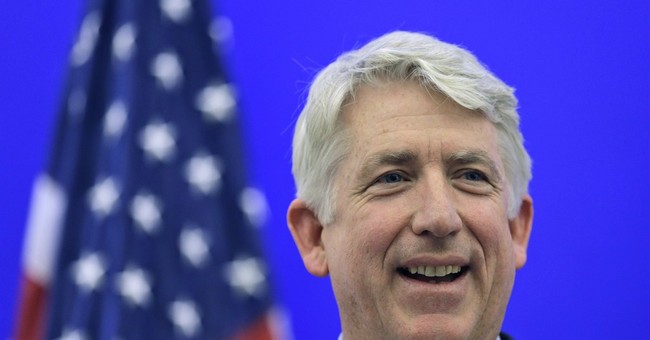 Voters are fickle and often don’t pay much attention to races besides the top ones, like president and governor. That must be why Virginians narrowly elected Mark Herring state attorney general two years ago.

A majority of people apparently didn’t think it mattered a lot who held the office. Were they wrong!

A couple weeks ago Herring decided he would no longer recognize concealed carry permits from 25 other states. Roughly 6.3 million people currently allowed to carry weapons—and thus protect themselves and others—will be disqualified. Half of the states in the union will see Virginia as an inconsistent partner and some law-abiding gun owners denied the right of self-defense might not visit the state, costing it tourism dollars.

Moreover, the decision, which takes effect on February 1, is likely to trigger retaliation against Virginia residents from a number of jurisdictions, including bordering states Kentucky, North Carolina, and Tennessee. Already some 420,000 Virginians have lost the right to use their permits in a half dozen other states, including nearby Pennsylvania and winter vacation host Florida, which require reciprocity.

In the midst of a rising terrorist threat Herring is weakening the first line of defense against the next home-grown killers who may emerge in our midst. Defeating the Islamic State abroad is essential, but is not enough to safeguard the home front. And few states are as vulnerable as Virginia, a prime target given its border with the nation’s capital, high-profile federal facilities, and numerous government workers. We should want more rather than fewer responsible armed citizens.

Herring said that the 25 states “lacked adequate disqualifiers to deny a permit to someone who would be barred from obtaining a permit in Virginia.” Of course, it would be nice if every state adhered to the same standards, but that’s unrealistic. Even Virginia wants to add its own tweaks. That shouldn’t prevent cooperation among the states. Small differences in requirements should not become an excuse to deny so many people the added protection that comes from carrying a firearm.

Observed Chris Cox, executive director of the NRA’s Institute for Legislative Action: “The Attorney General knows that permit holders are among the safest groups of citizens in the commonwealth and the rest of the country.” The likelihood that a permit-holder from another state is going to misuse his weapon in Virginia is essentially nil

Herring is asking the wrong question. The standard should not be whether someone who Virginia legislators would have kept off their list might be able to get a permit somewhere else and use it in the commonwealth. Rather, the measure should be whether there a serious risk that someone with an out-of-state permit will misuse a weapon in Virginia. The attorney general offered no evidence for the second because none exists. In none of these 25 states has there been a spate of shootings by people misusing concealed weapons. It’s a non-problem.

Of course, nothing in the Second Amendment commands states to recognize each other’s concealed handgun laws. Herring has the legislative and constitutional authority to exercise bad judgment. Federalism requires respect for state authority to make these kinds of laws. (But the Second Amendment prohibits states from turning regulation into prohibition. Defenders of gun rights must remain eternally vigilant.)

So it is Virginians who must overturn Herring’s foolish policy. Not by stripping state officials of their armed bodyguards, as some people have proposed. Rather, the legislature should overrule Herring. In fact, the NRA is working on a bill to accept valid permits in every other state—“total recognition.” The attorney general would be instructed to enter into an agreement with any state requiring such an exchange before recognizing Virginia concealed carry permits.

Of course, Gov. Terry McAuliffe, who already has blocked a number of pro-gun rights bills, likely would veto such legislation. Then gun owners would have to work on Democratic state senators to get the two-thirds necessary for a veto override. And before the next election they should organize to ensure the next governor and attorney general respect Second Amendment rights. This is the democratic process at work.

In the end we all might owe Virginia’s attorney general a thank you. State voters are likely to punish his attack on gun rights. And he will have reminded them—and the rest of us—why every government office matters.

Ken Blackwell is a senior fellow and policy board member of the American Civil Rights Union, and a member of the NRA Board of Directors.