Time For A Different Narrative on Iran 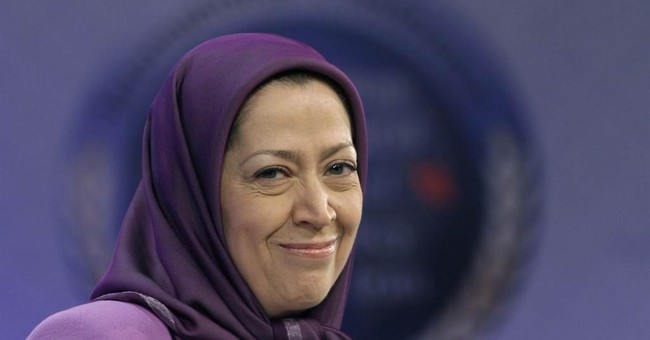 While Washington is abuzz with raging debate on the nuclear deal with Iran, the narrative that the Obama administration keeps repeating is that you either take the deal or you are a warmonger.

The US Congress is rightly fighting to play its due role in such an important national security issue. And on April 29 it took a bold, rather overdue move and invited Mrs. Maryam Rajavi, the president of the National Council of Resistance of Iran (NCRI) to testify before the House Foreign Affairs Subcommittee on Terrorism, Nonproliferation, and Trade.

Mrs. Rajavi, advocates a tolerant, democratic Islam as the antithesis of Islamic fundamentalism. The NCRI and its principal constituent group, the People’s Mojahedin Organization of Iran (MEK) have made headlines at various times since 2002 for revealing details of the Iranian nuclear program through an intelligence network inside of Iran. Her movement has suffered the brunt of repression at home at the hands of the theocratic regime, and tens of thousands of her supporters have been executed for their defense of human rights and democracy.

Rajavi appeared via videoconference before the House subcommittee, where she used a hearing titled “ISIS: Defining the Enemy” in order to recommend a different approach to the issue of radical Islam.

Her testimony’s outside-the-box approach brought a much needed breath of fresh air to Washington policy circles.

Rejecting any policy that leverages one extremist group against another, Rajavi told the subcommittee, “We can and we must defeat Islamic fundamentalism, whether Shiite or Sunni.” Rajavi stressed that regime in Tehran is the “epicenter of fundamentalism” in the Middle East, and the repressive Sharia law practiced by the Iranian regime “is precisely the example, which both Sunni and Shiite extremists are following in other countries.”

Rajavi also warned of “destructive consequences” for the lack of a firm Western policy aimed at uprooting this fundamentalism. She urged that all pathways for the Iranian regime to acquire nuclear weapons should be blocked, the Iranian Revolutionary Guards should be expelled from Iraq, and assistance should be provided to Syria’s moderate opposition and its people to end Assad's regime and establish democracy in that country.

But her key message was that the Iranian people's aspirations to overthrow the clerical regime should be observed and that regime change by Iranian people and the resistance would be the ultimate solution to problems created by Iran. Such problems have grown as one American president after another has failed to come to the conclusion that regime change is the only answer. Rajavi said the regime is isolated at home, much weaker than perceived. She did not call for direct American military intervention or even material support, rather suggesting that what is needed from the international community is only the isolation of the regime and its containment within its borders.

Many congressmen on both sides of the aisle, as well as former US officials, welcomed Rajavi’s testimony, which surely did not go unnoticed by Tehran apologists and lobbyists in Washington who want the US to concede everything in the haste for a deal.

The testimony, described by a House member at the hearing as “historical,” ruptures Tehran’s gambit and shows that there is an alternative voice from Iran that has been marginalized for too long in Washington as a result of the vain search for “moderates” that we can deal with among the ayatollahs.

And the opposition is gaining traction. On June 13, the Iranian Diaspora and their international supporters have organized a huge event in Paris titled “Yes to Democracy, No to Nuclear Iran, For Regime Change in Iran, We Can and We Must.” Last year some 100,000 people took part and the organizers are expecting a bigger event this year. They will be joined by hundreds of politicians from the world over, including scores from the Muslim countries that are taking a stand against Tehran’s belligerent meddling in Iraq, Syria, Lebanon, Yemen, and beyond. If one wants to witness a bipartisan stance by dozens of prominent American politicians, former senior national security officials from five administrations, the place to be on June 13 is Paris.

Mrs. Rajavi finished her testimony by quoting America’s first President, George Washington: “The harder the conflict, the greater the triumph.”

As Iranians are fighting to wrest their country from the hands of tyranny, the question before us is rather simple: Whose side do we want to be as a nation? On the side of the forces of change like Mrs. Rajavi or on the side of evil forces of ayatollahs who rule over the central banker of global terrorism?

The verdict should be clear for every sensible American who cherishes the true values that our nation was built upon.