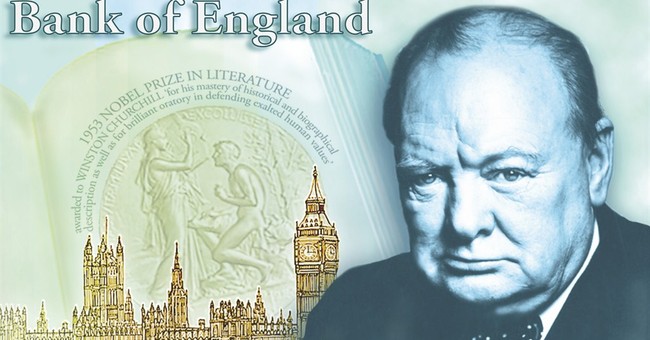 Editor's Note: This column was coauthored by Robert Morrison.

In one of his first actions upon entering the Oval Office, President Obama famously tossed the bust of Winston Churchill out into the snow (well, only figuratively). But he wanted to make the point that Sir Winston was no longer in favor in the U.S.

Too bad. Had the young president been less vindictive, he might have learned a lot from Churchill about working with the Russians. As president, Mr. Obama has tried in every way to “re-set” our relations with the Kremlin. He has given way to Putin-Medvedev-Putin on almost every side. And yet, as George Will archly notes, you only have to look at Putin’s body language at their recent Belfast G-8 Summit to see that Putin has contempt for Mr. Obama.

Generalissimo Josef Stalin, the master of the Kremlin in World War II, tried to treat Prime Minister Churchill with open contempt, too. At their grim first meeting in Moscow in November, 1942, Stalin told Churchill that if the British would only fight the Germans they wouldn’t be so afraid of them.

In the new bestselling biography of Churchill by William Manchester and Paul Reid, the authors describe what happened next:

“I pardon that remark only on account of the bravery of the Russian troops.” [American envoy Averell] Harriman…slipped Churchill a note telling him not to take Stalin too seriously. But Churchill hit back, speaking so rapidly that his interpreter fell behind. “Did you tell him this?” He wanted Stalin to hear each and every point. The British and Americans were not cowards, and they would demonstrate that soon….

Churchill went on to hammer home the point that a premature invasion of France would fail and that failure would not help Stalin or Russia. “Did you tell him this?” Churchill again demanded of his interpreter.

Harriman thought it was Churchill’s most brilliant performance, during which he not once reminded Stalin of his pact with Hitler. Stalin finally leaned into the table, and said: “Your words are of no importance, what is important is your spirit.” With that, the tension eased. Stalin invited Churchill and Harriman to dinner the next evening.

Leaving Stalin’s cavernous Kremlin office, Churchill charged down the long, dark, grim corridor, “looking neither left nor right. He struck a match on the Kremlin wall and without breaking stride lighted a cigar.”

When he met with President Obama, Russia's Vladimir Putin was rude, offhanded, and wholly uncooperative. It was almost as if he had lighted a match on the skin of Air Force One and lighted his own cigar from it.

We have to go back to the Carter era for a parallel example in American history. Jimmy Carter had pledged to choose professional diplomats to represent us abroad, not big campaign givers. Malcolm Toon was one of the most skillful of those diplomatic professionals. Carter tapped Toon to go to Moscow. There, Ambassador Toon regularly sounded the warning on Soviet intentions. Later, he would say: “In thirty years in the diplomatic corps, I only feared for America once. And that was when Jimmy Carter was president.” The hand-picked diplomat said that Carter’s weakness was provocative to the Soviets, and that made him fear war.

It was Churchill himself who recognized that Russia is not easy to deal with. “Russia is a riddle wrapped in a mystery inside an enigma,” he famously said. But he knew this much:

The Russians have nothing but contempt for weakness -- and the Obama policy toward Russia has been invertebrate from Day One.