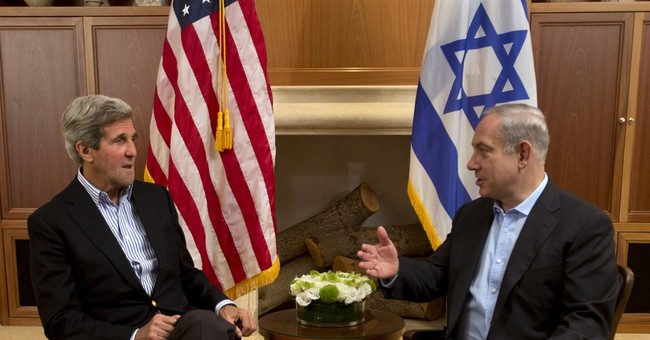 Dani Dayan is an Israeli envoy who visited Washington recently. He came as a representative of the Jewish settlements in Judea and Samaria.

Dani Dayan wants to open up a dialog with Americans, both at the official level and at the grassroots level. He says Israel’s settlers are “here to stay.” Most Americans have not been to Judea and Samaria and are therefore not familiar with its geography, resources, and topography. The Judean hills are crucial for strategic reasons.

If Judea and Samaria should ever be given up to the Arabs by any imposed Mideast peace settlement, Jerusalem and the Coastal Plain would be in jeopardy -- this includes Tel Aviv.

Dani Dayan represents communities that number some 160,000 today. They increase daily because families live there and because Israel continues to draw immigrants from around the world. Sadly, some of these immigrants are coming from European cities where anti-Semitism is on the rise again.

It’s interesting, too, to see a representative who actually represents. Israel, surrounded on every side by enemies in the past, has never had a day without representative government. It is the Mideast’s only democracy.

Contrast this with the election of Mahmoud Abbas. He was voted in only once as the leader of what Westerners agreed to call the Palestinian Authority. Abbas rules the Fatah faction of the Palestine Liberation Organization (PLO).

Dedicated to the destruction of Israel from its founding in 1967, the PLO until 1988 was listed by the U.S. State Department as a terrorist organization. PLO founder Yasser Arafat practically invented airline hijacking for terror purposes. Palestinians carried out the murder of U.S. Ambassador Cleo Noel in Khartoum in 1973. All that was supposed to change in 1988.

But the PLO has never removed the destruction of Israel from its charter, and all maps they publish show the region from the Jordan River to the Mediterranean Sea with no Israel at all.

When Hamas won the elections in Gaza, a brief civil war with Abbas’s Fatah broke out. Hamas won. Since then, Abbas does not dare to hold an election in the areas over which he claims to have authority.

He knows he would lose to Hamas. He has repeatedly postponed scheduled elections in the region. And he is embracing Hamas.

How should we as Americans regard this? Lincoln never postponed an election, for Congress or for his own place as president, even though we were in the midst of a civil war. President Roosevelt in World War II never failed to hold full, open, and fair elections. Our British allies in WWII were led by a national coalition of parties. Even so, Prime Minister Winston Churchill faced regular hostile questioning in Parliament. His friend Bob Boothby said of him “Winston feared Parliament. He was a good democrat.”

Mahmoud Abbas is no democrat. His education ministry continues to pump out books that teach young children to become “martyrs” by strapping on explosive suicide belts. American taxpayers paid for those books. Maybe not the belts.

We paid as well for the candy that parents in Nablus and other towns on the West Bank gave to their children to celebrate as our Twin Towers collapsed in flames. The towns controlled by the Palestinian Authority erupted in street demonstrations of ecstasy over the murder of 3,000 Americans by Islamist terrorists. Police and street vendors shot off their rifles into the air they were so overjoyed. When the Associated Press took photos of these events, their reporters and cameramen were threatened with death.

President Obama wants Israel to return to the pre-1967 borders, with much of Judea and Samaria turned over to the PLO. That would put Jerusalem and Tel Aviv within easy range of Hamas rockets. For Hamas would undoubtedly win the very next election after the PLO forms a state.

The late Abba Evan called those pre-1967 border “the Auschwitz borders.” Moderate Israeli leader as he was, this urbane, internationally-minded Foreign Minister knew how to make a point. The borders that President Obama proposed as the basis for negotiation between Israelis and their genocidal enemies would spell extinction for the Jewish people.

Israel’s national anthem is called Ha Tikva (The Hope). And there is hope. While some EU diplomats speak of seeing the settlements in Judea and Samaria “from my helicopter,” more and more Americans -- especially young Christians -- are visiting Israel and learning firsthand what the truth is on the ground. They will learn why there is “No Zionism without Zion.”