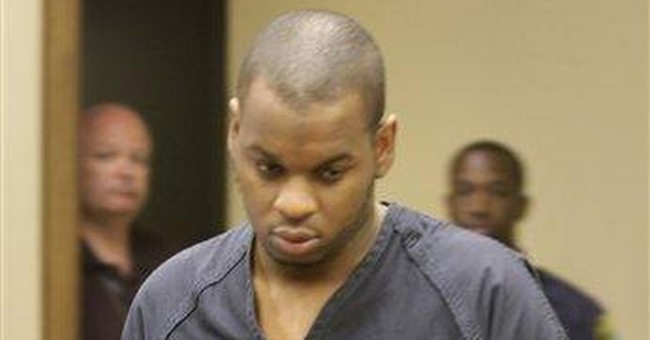 The contrast between President Obama’s reaction to the murder of a late-term abortionist and the murder of a U.S. Army Recruiter could not be more stark. Obama raced to send U.S. Marshals into abortion facilities. He denounced the murder in the strongest terms in a statement which is posted on the White House website:

I am shocked and outraged by the murder of Dr. George Tiller as he attended church services this morning.  However profound our differences as Americans over difficult issues such as abortion, they cannot be resolved by heinous acts of violence.

I agree that we cannot resolve our differences by acts of violence. I would like to have seen such a strong statement from the Obama administration when two U.S. Army Recruiters were shot in Arkansas, one of them fatally, by a recent convert to Islam.

Obama’s reaction to this heinous act of violence in Little Rock was, to be charitable, muted. He was busily preparing to fly off to Saudi Arabia to continue his apology tour.

The blogosphere has not been so muted. Liberal blogs erupted in rage over the killing of George Tiller. They rushed to blame conservatives and pro-lifers for creating “a hostile environment” for abortionists. FOX’s Bill O’Reilly was skewered for doing a number of reports on the late-term Wichita abortionist, who had claimed as many as 60,000 unborn children killed.

Well, if liberals believe that O’Reilly bears responsibility for the killing of George Tiller, would they agree that Congressman John Murtha is guilty of creating a hostile environment for members of our all-volunteer military?

Murtha, a liberal Democrat, was most vocal in accusing our troops of war crimes in Iraq. When Marines who had fought in Haditha were brought up on charges, Murtha did not wait for the court martial or even for a proper investigation. He said: "There was no fire fight, e was no IED (improvised explosive device) that killed these innocent people. Our troops overreacted because of the pressure on them, and they killed innocent civilians in cold blood." The Haditha Marines were later cleared of reckless charges of murder.

Could Murtha and his fellow liberals be responsible for inflaming Abdulhakim Mujahid Muhammed, the 23-year old arrested in the Arkansas shootings? The New York Times reports that, “in a lengthy interview with the police, Mr. Muhammad said he was angry about the killing of Muslims in Iraq and Afghanistan, Chief Thomas said. Previously known as Carlos Bledsoe, Mr. Muhammad told investigators that he had converted to Islam as a teenager, Chief Thomas said.”

President Obama did not immediately send in U.S. Marshals to protect military recruiters, even though this Little Rock attack is hardly an isolated incident.

This is not the first time we’ve gone soft on common-sense measures for defense.

After 9/11, the U.S. Department of Transportation weighed in against proposals to arm the pilots. They raised ridiculous objections, like: “What if a pilot goes beserk in the cockpit?” Critics at the time asked pointedly: “When was the last time you heard of a postal worker going pilot?”  Since the beginning of commercial aviation in the 1920s, American pilots have had a wonderful record of protecting their passengers. Congress prevailed then. Today, by law, and with proper training, American pilots can carry weapons for our safety as well as their own.

President Obama should immediately issue orders to allow military recruiters to be armed for self-defense. They are, after all, enlisting other Americans to be members of our all-volunteer U.S. Armed Forces.

This is a critical test of Obama as Commander-in-Chief. Although he never served, he can now demonstrate his concern for our troops by allowing recruiters to carry side arms. He needs to do more than lay wreaths on their graves. They are trained. They can be trusted.

Let those who protect us protect themselves. Arm the recruiters.