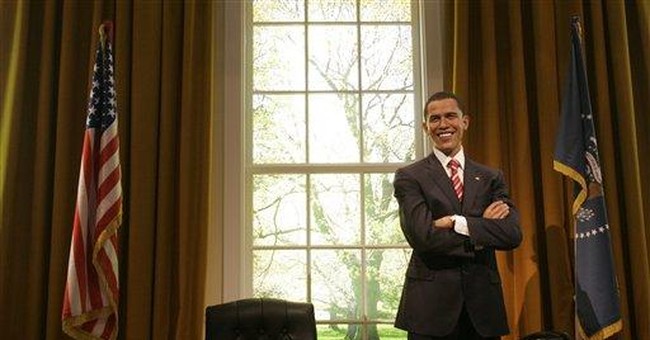 Possible problems with President-elect Barack Obama’s economic stimulus plan must be thoroughly vetted. While only a few details are known, one overlooked issue is that it could create a major electoral advantage for Democrats at taxpayer expense. That would be unacceptable for what is being touted as a nonpartisan measure, and gives Republicans yet another reason to oppose it if not restructured.

President-elect Obama is constantly emphasizing the need for Congress to pass his stimulus plan. The details are vague. All that is certain at this point is that it is approximately one trillion dollars and Mr. Obama says it will create three million new jobs.

Government cannot create self-sustaining jobs. Government doesn’t create value; it takes it from us as taxes. While a government job involves work and earns a paycheck, every government job is a burden on the private sector because it takes money away from the people. While some of those jobs, such as military personnel or FBI agents, are essential for our nation, it’s no secret that government is full of countless bureaucratic and wasteful jobs that the private sector can better perform.

Indeed, massive government spending sometimes destroys more jobs than it creates. Every dollar the government takes in through taxes is a dollar taken out of circulation from the economy. It’s a dollar that does not go to your local restaurant, or hardware store, or movie theatre. When government spends massive sums financed through taxes, it can destroy more jobs in the private sector than it creates in the public sector.

The only other way to finance massive government spending is through simply printing more money. Government can do that; it controls the printing press. However, creating money out of thin air doesn’t create wealth. If the money supply rapidly expands while the amount of goods and services being produced declines (the definition of a recession, which America is in) the result is massive inflation. This inflation penalizes saving and investments and burdens long-term financial planning and capital formation, worsening the economic situation.

So whether it’s through massive taxes or massive injections of new money, a major spending bill entails consequences. And when this amount of money is at stake, the sheer size of it could make the consequences severe.

But what may be most objectionable with Mr. Obama’s plan is its potential for political mischief. The first such shenanigans come from earmarks. One of the proposed projects to receive this federal largesse is a museum on organized crime located in Nevada. Doesn’t Democrat Senate Majority Leader Harry Reid live in Nevada? Is that the kind of project that requires emergency federal funding? Is it irrelevant that Mr. Reid is facing a tough reelection next year?

Even if the earmark issue is somehow resolved, however, there is another issue that it seems no one is discussing.

A week ago, Senate Minority Leader Mitch McConnell, a Republican, mentioned Mr. Obama says his goal is for 80% of these three million jobs to be private-sector. That means, Senator McConnell continued, that 20% would be public-sector, meaning this bill would create 600,000 new federal government jobs. For comparison, Mr. McConnell noted this would be the size of the entire Postal Service workforce.

Once government creates a job, it rarely eliminates it. Government swells by nature, feeding on tax dollars taken away from private citizens and employers until it becomes a bloated, sprawling bureaucracy.

So if Mr. Obama creates 600,000 new government bureaucrats, those jobs should be expected to be kept around permanently, long after this economic crisis is resolved. After all, eliminating those jobs means laying off 600,000 people. Who wants to take responsibility for that?

But most federal employees, that are not political appointees, vote Democrat. Since Washington, DC is the seat of government, whenever new federal bureaucrats are created many live in Maryland and Virginia. In 2008, Virginia went Democrat for the first time since 1964, and Mr. Obama won it by 130,000 votes. Creating 600,000 new jobs might help cement Virginia in the Democrat column, making it harder for Republicans to retake the White House.

So this bill, as currently designed, has serious flaws, some of which convey a partisan advantage. These must be thoroughly discussed and understood, and any major legislation cannot be allowed to benefit one party in what must be a bipartisan solution.