We Reject Socialism in Atlanta and Across the U.S.

Katrina Campins
|
Posted: Aug 06, 2019 4:37 PM
Share   Tweet
The opinions expressed by columnists are their own and do not necessarily represent the views of Townhall.com. 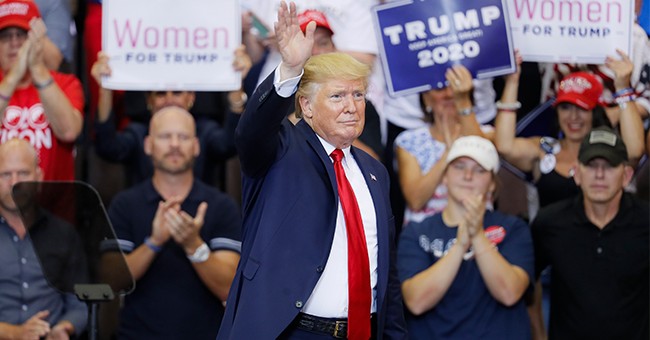 Last week, those who share a different ideology than the plurality of Americans was on full display. In the Midwest, presidential hopefuls espoused their out-of-touch vision for America with the promise of “free” government services. While the party labels itself as the Democrat party, their closest political allies were in Atlanta for a three-day conference. The Democratic Socialists of America are merely an extension of today’s Democrat Party. Their vision for this country is dangerously out of step with our founder’s vision and it’s our duty to emphatically reject this failed ideology and overwhelmingly re-elect President Trump in 2020.

President Trump said it best when he said, “America will never be a socialist country”. If you re-watch his State of the Union Address, it’s incredibly concerning to see Democrats not stand and applaud following the President’s statement. Some of those Democrats are now running for their party’s nomination and embody the values and vision of big government socialism. Our country was founded on the spirit of opportunity, freedom, and enterprise. America has blessed generation after generation with the unparalleled promise of opportunity that exists on our shores – not the false promise of equal outcome. The spirit of American enterprise has ushered in revolutionary innovation in health care, technology, manufacturing, and communication. Where would society be today if big government chooses winners and losers?

Throughout history, we have seen this strategy play out time and time again. The roadmap to socialism is eerily similar despite the location of its origins. A loud minority rallies against an “unfair” system and promises people a benevolent government if implemented. In exchange for unlimited power, the government guarantees equity and a wealth of resources to keep its citizens happy. Predictably, the increasing power of the State hordes its resources and abandons the people. Fidel Castro promised freedom and instead inspired a mass exodus; where Cubans faced a deadly journey to America in hopes of liberty. Nicolas Maduro promised to share the wealth of an oil-rich country, instead, Venezuelans face food shortages and unimaginable economic plight. The Chinese government promises safety and security but instead has turned its military on its own people when its power was questioned.

Rather than acknowledge the surge in manufacturing jobs, reduced prescription drug prices, and lower taxes for 90 percent of Americans, their narrow worldview distorts evidence and desires absolute power.

Socialists view the creation of nearly 6 million jobs as a bad thing. If asked, they would say an increase in take home pay is villainous and, instead, they’d rather see money taken out of your pocket to reimburse those who do not propel themselves in a modern, competitive economy. This isn’t hyperbole and can be found in their mission statement, “As we are unlikely to see an immediate end to capitalism tomorrow, DSA fights for reforms today that will weaken the power of corporations and increase the power of working people.” President Trump has done more to empower Americans in two and a half years than any other sitting president in recent memory. He has fulfilled his promises to the American people despite receiving unrelenting opposition from his detractors daily.

President Trump has stood for freedom at home and abroad. His vision is the American vision – where individuals can determine their destiny in a prosperous and free economy. We should not romanticize, nor should we flirt with the ideals of socialism in America, as it always delivers misery and hardship. Don’t take my word for it, just ask any Cuban or Venezuelan.

Katrina Campins is a member of the Latinos for Trump Coalition Advisory Board.