Katie Yoder
|
Posted: Jul 28, 2021 12:01 AM
Share   Tweet
The opinions expressed by columnists are their own and do not necessarily represent the views of Townhall.com. 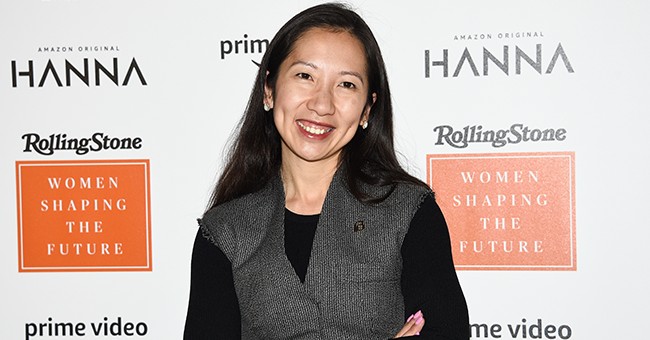 Planned Parenthood has repeatedly (and incorrectly) argued that abortion makes up “only 3%” of its “services.” But a new book from the former head of the organization suggests that it dictates their direction 100%.

In her memoir published on July 27, Dr. Leana Wen details her time spent as president of the nation’s largest abortion provider: Planned Parenthood. Wen offers readers an insider’s view of the organization’s obsession with abortion in “Lifelines: A Doctor's Journey in the Fight for Public Health.” Among other things, she says she was told to say “abortion” in “every media interview.” Someone else also warned her that “If we don’t talk about abortion openly, loudly, and proudly, as a positive moral good, then we are further stigmatizing it.”

Wen served as president for eight short months before Planned Parenthood suddenly “ended” her employment during a “secret meeting” in 2019. At the time, she shared that she left because of “philosophical differences,” namely abortion.

“The new Board leadership has determined that the priority of Planned Parenthood moving forward is to double down on abortion rights advocacy,” she wrote in a statement.

But, as she reveals in her book, Wen faced opposition from Planned Parenthood from the very beginning for how she handled abortion.

“One of the main points I wanted to get across was that health care shouldn’t be political,” she remembered from when she prepared for her first media appearance as president on ABC’s The View. “I had to come to this job as a doctor, and my charge was patients’ lives.”

Her message was met with applause and cheering from the show’s audience, she said. But not from Planned Parenthood. Less than an hour after, the “messages started coming,” some of which threw her “off guard.”

First, a board member texted her, “Next time, make sure you talk about abortion.” Then, “two people on the national staff” informed her that “back in the office, there was a lot of worried chatter.”

“Did I leave out abortion on purpose?” they wondered, Wen said. “Was this a signal that I didn’t want to defend access to abortion?”

One of them also advised her to “next time, just say the word.”

“You need to talk about abortion at every media interview,” the unnamed person added. “You’re the president of Planned Parenthood. People expect that from you.”

Someone else tried to tell her that “Not saying ‘abortion’ sounds as if you’re ashamed of it.”

“Many of us would call ourselves pro-abortion,” she heard. “We’re proud of providing abortions and leading abortion advocacy. We don’t need to sanitize abortion with other services.”

Even though Wen identifies as “pro-choice” and agrees that “abortion should be safe and legal,” she disagreed here.

Instead being an “advocate for abortion,” she responded, “It’s more accurate to say that we’re advocates for all aspects of reproductive health, including birth control and sex education to reduce the need for abortion, right?”

She was wrong here too, she said. Instead, she was told, “If we don’t talk about abortion openly, loudly, and proudly, as a positive moral good, then we are further stigmatizing it and the people who need it.”

According to Wen, she regularly encountered these conversations.

“I would have some version of this conversation at least once every day with people on the board or national office staff,” she wrote.

She was again accused of “stigmatizing women” after finding that “pro-abortion” terminology ran counter to her “experiences with many women who had sought abortions.” This included women who felt like they couldn’t afford another child or women who were told that their unborn babies had fatal fetal anomalies.

“Not all women who go through abortions think the decision was difficult,” she was told. “For some, it’s an easy one. Abortion is one of the safest procedures, and you can’t make it sound so dramatic.”

Wen said she knew “this didn’t give the full picture.”

But even as she learned to “reframe” her “talking points,” she still faced challenges as she attempted to “de-emphasize abortion.”

When BuzzFeed interviewed Wen for a piece titled, “New Planned Parenthood President Wants to Focus on Nonabortion Healthcare” in January 2019, it “prompted such ire that the executive committee of the board met to discuss it.”

In response, Wen confessed that she allowed the media team to “issue a statement” from her Twitter “to affirm that abortion was Planned Parnethood’s core mission.”

“This was one of the few times in my career that I conceded on such a crucial point in conflict with my convictions, and I regretted the decision,” she admitted.

She got into more trouble when she invited a “renowned, pro-choice public health expert,” who spoke about the goal of abortion as “safe, legal, and rare.”

“It was just as controversial to express any doubt about abortion, even those done later in pregnancy for nonmedical reasons,” Wen later discovered. “As I learned, concern about a slippery slope drove abortion rights groups to resist all restrictions.”

She was also “stunned by the tone” of Planned Parenthood’s political content, particularly toward President Trump.

“What I hadn’t grasped was that the organization’s advocacy wasn’t restricted to reproductive health; it was fully aligned with progressive politics,” she said. “By the time I joined, Planned Parenthood was firmly ensconced within the base of the Democratic Party and considered itself to be a leader of the anti-Trump movement.”

In May 2019, two new board members joined who wanted Wen to “become much more political, fast” instead of maintaining what Wen described as her “nonpartisan doctor voice.”

“I was given a choice: change, or leave,” she said.

At the same time, Wen suffered from a miscarriage. To add to the pain, someone she confided in at Planned Parenthood told others without her consent and “people began suggesting that I should use it as a reason to explain my departure,” she said.

She called it “offensive and hurtful on so many levels” and went public about it in a Washington Post op-ed “so as not to have this deeply personal experience stolen from me.” Again, she was criticized for implying that “miscarriage should elicit sympathy while abortion shouldn’t.”

Soon after, she learned she was no longer president through a breaking news alert on her phone. Even so, she expressed a “deep empathy and profound appreciation for all those involved with Planned Parenthood.”

But her story still hints at a frustration and sense of betrayal. For an organization that brands itself as pro-woman, Planned Parenthood certainly didn’t stand by her – a woman who challenged their obsession with abortion.