‘This Is Us’ Actress on Abortion: It’s about Women’s ‘Own Bodies’

Katie Yoder
|
Posted: Feb 01, 2021 12:01 AM
Share   Tweet
The opinions expressed by columnists are their own and do not necessarily represent the views of Townhall.com. 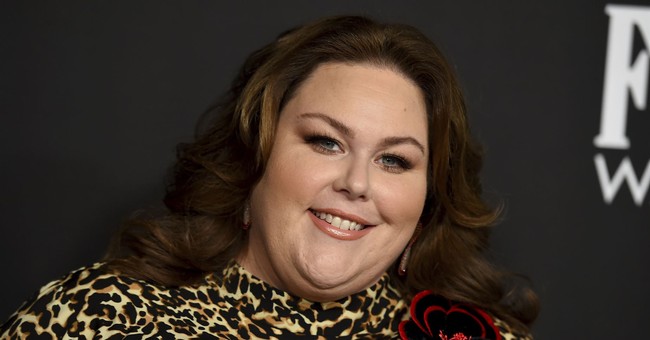 The actresses and producers of NBC’s hit drama "This Is Us" are hoping that a new abortion storyline will “educate” viewers by featuring a “choice” of “empowerment and courage.” But if they really want to inform their audience, they should show abortion for what it is: the intentional destruction of an innocent human life – the stopping of a beating heart.

In the past, "This Is Us" has incorporated pro-life family-friendly plotlines. But in a more recent episode that aired earlier this month, the show embraced abortion. The fifth episode of this latest season follows Kate Pearson (Chrissy Metz) as she reveals to her husband that she secretly had an abortion at 18. That’s because, she says, she was “nowhere near ready to be a mom” and she couldn’t be “tied to” an abusive ex-boyfriend.

“It was, I mean, the toughest decision I’ve ever made in my life. But I don’t regret it,” Kate says in “A Long Road Home,” which aired January 5.

During one interview, Metz recalled when series creator Dan Fogelman first asked her about tackling abortion – or what she called “women’s rights.”

"To be honest, it's a controversial topic still,” she remembered responding, she told Entertainment Weekly on January 5. “And especially now that there are a lot of women's rights that are being potentially compromised.”

But it was clear she had taken a position in support of abortion, as she embraced what she called the “decision.”

“[Then] I thought, ‘Gosh, the more you educate somebody, the more the fear goes away,’” she said. “I feel that this story line in particular will be so important because you really get to, hopefully, establish some empathy or sympathy around someone's decisions. In this case, Kate's.”

According to Metz, abortion is up to each individual woman.

“Everybody gets to make their own decision and what they feel is best for their own lives and their own bodies,” she added, without acknowledging the pro-life position that pregnancy involves two lives – and two bodies.

“People make the decision for their own bodies and they should be able to; they're their own bodies,” she said. “But I think there's so much stigma — still — attached to that decision. I specifically didn't want to play it that she had shame around it because she owned the decision.”

“With even as young as she was when she made her choice, as lonely as it was when making that choice, she was unequivocal in that that decision was right for her,” Steinberg said of Kate to Entertainment Weekly on January 7.

With the network’s full support, Steinberg said she had “zero hesitation in representing a woman who a lot of our audience will see themselves in.”

“I wanted it to be as honest as possible. I wanted it to reflect the seriousness of the decision without representing it as a life-defining trauma, because it's not,” she said. “The trauma was the abusive relationship. The choice was one of empowerment and courage, despite how hard it was for Kate to make. And we're very proud of that.”

Even if the ex-boyfriend had responded better to Kate, Steinberg said, “I don't think anything would have changed her mind. I think the choice was right for her and her life.”

Zeile, who acts as the younger Kate, agreed – but hinted at the reality that women choose abortion not because they want to, but because they feel like they have no other choice.

“Another point that K.J. and the director, Anne [Fletcher], made to me, was that in Kate’s reality, there was no other option for her,” she told TVLINE on January 6. “And even when she goes to [ex-boyfriend] Marc, as an adult, it’s not to say anything about regretting it. That was the reality of what she had to do, and she wished that she had someone to be there through it, but that wouldn’t have changed the decision.”

Metz also guessed that Kate might have imagined an alternative.

“So I definitely think that she, for a moment, thought that if he acts differently then maybe this could work, maybe she’d change her mind, or maybe this could be a wonderful experience,” Metz told HollywoodLife on January 5.

The actresses touch on the sad reality that women can feel like abortion is their only option. But while the abortion industry tells women “you can’t” have a child and succeed, the pro-life movement tells women “yes, you can.” This is why the pro-life movement supports pregnancy centers that empower pregnant women and moms in need with free resources including housing, health care, educational classes, and job support.

The producers and actresses should be able speak about abortion to the media, but if they want to educate and foster empathy, they should at least acknowledge the pro-life position – the position that a living, unborn child is more than a mere “decision” or “choice.”