Katie Yoder
|
Posted: Nov 25, 2020 12:01 AM
Share   Tweet
The opinions expressed by columnists are their own and do not necessarily represent the views of Townhall.com. 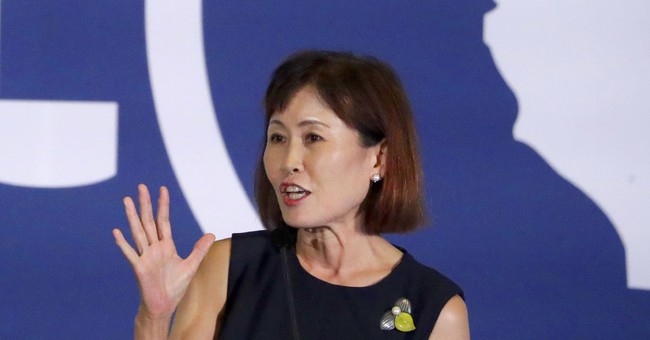 Many in the media regularly dismiss the Republican party – and the pro-life movement – as a group of old, white men. At the same time, the women who dare to identify as Republican or pro-life are all too often condemned as “gender traitors.” But the 2020 election results challenge these notions.

According to pro-life advocacy organization Susan B. Anthony List (SBA List), women and the life issue are winning in Congress. At least 17 newly-elected pro-life women will join 11 pro-life women incumbents in the House of Representatives in 2021. That’s not to mention the Senate, where as many as six pro-life women could win, SBA List reports. While some in the media are acknowledging a record win by Republican women, they’re overlooking an issue that unites many of these women: protecting and valuing the unborn.

“The rise of pro-life women leaves me more convinced than ever that momentum is on our side,” she wrote for RealClearPolitics on November 18, “and the battle to save unborn children and their mothers is one we can – and will – win.”

These women represent a challenge to abortion: the intentional destruction of innocent human life.

“Nancy Pelosi and pro-abortion Democrats are now up against a stronghold of pro-life women who will stand up to their radical agenda and fight to protect longstanding pro-life policies,” Dannenfelser added in a November 14 press release. “Following President Trump’s lead, pro-life candidates are going on offense to expose the extremism of their Democrat opponents and are finding tremendous success.”

The media rightfully recognized them as Republican women, but they left out that they also identify as pro-life.

On November 13, NPR political reporter Danielle Kurtzleben reported on “a record 35 Republican women who will serve in Congress next year, breaking the previous record of 30 and a sharp increase from the 13 GOP women elected to the House of Representatives in 2018.”

But she made no mention of abortion in her report.

They would carry out Trump’s legacy, she warned.

“As the president is forced to leave, spitting and screaming,” she wrote, “his toxic, pugilistic brand of politics will live on in those women: paranoid conspiracists, partisan firebrands, and ardent Trump loyalists.”

She also made no mention of abortion.

Likewise, none of them mentioned abortion. While some writers referenced Emily’s List, which backs candidates who promote abortion, they didn’t cite SBA List, which dedicated $52 million to the 2020 cycle.

Newspapers also highlighted the win, with the New York Times reporting, “In Ascendant Night for Congressional Republicans, Women Led the Way” the day after the election. On November 10, The Washington Post published a piece with the headline, “House GOP chipped away at Democratic majority. They can thank female candidates.”

And, right before the election, women’s magazine Elle asked, “Is This the Year of the Republican Woman?” The subheadline added, “With a record number of conservative female candidates on the ballot, 2020 could be GOP women’s turn to make history.”

Magazine writer Rebecca Nelson didn’t bring up abortion either, but she did stress that “Republican women are building the foundation on which more little girls—on both sides of the aisle—can say, I can do that, too.”

Abortion might be a women’s issue after all, it seems – just not in the way that Democrats or the media ever anticipated.