Katie Yoder
|
Posted: Mar 27, 2019 12:01 AM
Share   Tweet
The opinions expressed by columnists are their own and do not necessarily represent the views of Townhall.com. 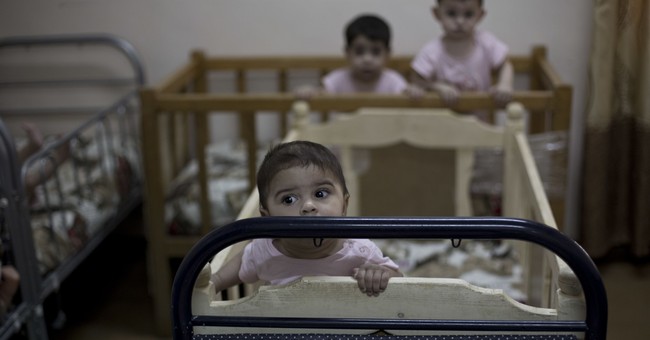 The media regularly celebrate the increasing number of abortions shown on TV and in film. Now, there’s another film to add to the list: Unplanned. But this one is unlikely to attract the same amount of media applause. That’s because, instead of advertising abortion as a no-regrets procedure, this movie acknowledges that abortion ends a human person’s life.

And Americans are paying attention to its message.

On March 25, the trailer for Unplanned hit one million views on YouTube. It reached the new record just days before opening in theaters nationwide on March 29. The movie is based on the true story of Abby Johnson, a former Planned Parenthood director who became pro-life after a change of heart. Today, the 38 year old leads And Then There Were None, a group that helps abortion workers leave their industry.

The film, based on Johnson’s 2011 Unplanned memoir, boasts Chuck Konzelman and Cary Solomon of God’s Not Dead as its directors and screenwriters.

From the beginning, the trailer stresses that Johnson was a rising star in her line of work. Among other things, the nation’s largest abortion provider awarded her as its employee of the year.

“I have a chance to make a real difference,” Abby Johnson’s character, played by Ashley Bratcher, reasons in the trailer after accepting her Planned Parenthood job.

And that she did – just not in the way she originally envisioned. Johnson’s life changed abruptly when she was asked to directly help with an abortion in the “back room.”

“I saw it. It was like it was twisting and fighting for its life,” Johnson’s character weeps in her husband’s arms in the trailer. When she later realizes the gravity of playing a part in 22,000 abortions, she whispers, “How do I even comprehend that?”

Not only does the film show the humanity of the unborn but also it realizes the dignity of abortion clinic workers – that they’re people too. Johnson’s story isn’t complete without the pro-lifers who developed a friendship with her even while she worked at Planned Parenthood: Shawn Carney and his wife, Marilisa, of the Coalition for Life and 40 Days for Life.

If the trailer is any indication, her story promises to be a success – even after the Motion Picture Association of America (MPAA) rated the film R.

“We are pushing the boundaries of what has never been before on such a wide scale by showing America exactly what abortion is — and abortion is disturbing. It’s violent,” Johnson, who had two abortions of her own, stressed to Fox News. “An R rating from the MPAA isn’t going to slow this movie down. I believe people are ready for the truth.”

In addition to the trailer, another video promoting the film recently made headlines. On March 22, Christian singer Matthew West released the official music video for his song, Unplanned, which accompanies the film. West begins his song with the following lyrics:

In addition to the trailer, another video promoting the film recently made headlines. On March 22, Christian singer Matthew West released the official music video for his song, Unplanned, which accompanies the film. West begins his song by emphasizing to an unborn baby that his or her "beat of your tiny heart" is like "listening to a symphony."

"You used to be a choice to make / But now I think you've chosen me / 'Cause I see ten fingers, ten toes / Two eyes and I know this is meant to be," West sings. He continues in the chorus, "Oh I don't believe in accidents / Miracles, they don't just happen by chance / As long as my God holds the world in his hands / I know that there's no such thing as unplanned.”

West’s song and Johnson’s story aren’t the only things that will inspire moviegoers. Actress Ashley Bratcher revealed her own personal story regarding abortion in December.

“When I was in high school, my mother shared with me that she'd had an abortion when she was 16,” Bratcher wrote in an opinion piece for Fox News. “She had been devastated by her choice and 3 years later she found herself in the same predicament. At 19, she became pregnant with me.”

It wasn’t until Bratcher agreed to be a part of Unplanned that she found out more.

“As I began telling [my mom] Abby's story, I heard her fall apart,” Bratcher remembered. “Her voice broke as she said, ‘I need to tell you something that I've never told you before.’ Through tears she confessed, ‘I was going to abort you.’”

Bratcher added: “I sat in confused silence as she continued, ‘I was at the clinic sitting on the table when the nurse who was very pregnant came in to talk to me. I felt sick. I couldn't do it. I got up and walked out.’”

And, Bratcher concluded, perhaps this movie will inspire other women to do the same. One thing is for sure: While it might not win glowing media reviews, the film – and its viral trailer – have already won Americans’ attention.