The Government's Baby Formula Scandal Is About to Get Worse

Katie Pavlich
|
Posted: May 13, 2022 3:25 PM
Share   Tweet
The opinions expressed by columnists are their own and do not necessarily represent the views of Townhall.com. 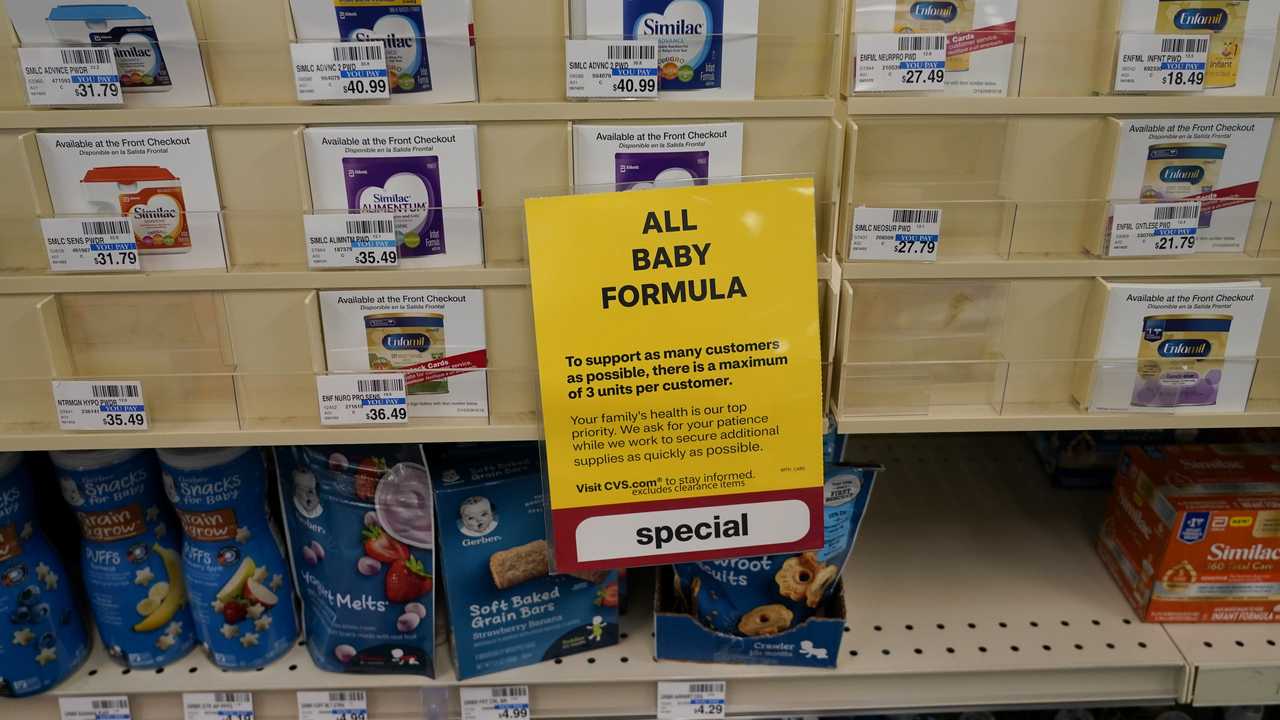 Two weeks ago, White House Press Secretary Jen Psaki stood in the briefing room to reassure Americans a food shortage was not expected in the United States.

"We are not expecting a food shortage here at home," Psaki said in reference to Russia's war on Ukraine.

Today, mothers and fathers across the country are terrified as they frantically search for baby formula on bare store shelves.

But this government-created problem has been brewing for months, and once again, the Biden administration is caught off guard.

Onboard Air Force One Wednesday, incoming Press Secretary Karine Jean-Pierre was asked about the crisis and what the White House was doing about it.

"Ensuring that infant formula is safe and available for families across the country is a top priority for the White House and this administration. We know that Abbott's voluntary recall of infant formula products has led to some Americans being unable to access other critical medical food supply. This is an urgent issue that the FDA and White House are working 24/7 to address," she claimed.

When asked who was in charge of the situation, Jean-Pierre laughed out loud and said she "didn't know."

And then, the photos came. Less than 12 hours after Jean-Pierre's statement, images revealed pallets of baby formula stacked up in a Border Patrol processing facility with signs warning agents not to take any for themselves.

"Biden is sending pallets of baby formula to the border. Meanwhile, store shelves across America are empty and moms are being told they don't know when more is coming in. Welcome to Biden's America where American moms and dads are last," Republican Congressman Kat Cammack, who received and tweeted the photos, said.

Back at the White House, an effort was made to highlight the work the administration has allegedly been doing on the issue, and Psaki attempted to correct course.

"President Biden has directed the administration to work urgently to ensure that infant formula is safe and available for families across the country during the Abbott Nutrition voluntary recall. This has been, this is work that's been underway for months," Psaki said. "This administration has been working for weeks now to address in anticipation of where we thought there could be shortages."

If this claim by the White House is true, that officials have been working to prevent a shortage for months, they've failed spectacularly. The situation has quickly become dire, with doctors warning infants will die without access to formula.

"They must bring in more formula immediately before we lose infants," Dr. Marc Siegel pleaded during an interview with Fox News.

The White House is blaming the shortage on a recall at Abbott's Michigan plant, which produces nearly 50 percent of the country's baby formula. But a closer look reveals the Food and Drug administration is dragging its feet in getting the plant restarted, and there's no proof, after three months, that the recall was necessary at all. Some FDA inspections of plants were reportedly put on hold during the pandemic.

"Reports suggest fault can be found with both FDA and Abbott. In October 2021, prior to the infant deaths, a former Abbott employee warned senior FDA officials about concerning food safety violations at the Sturgis plant," Townhall Features Editor Leah Barkousis writes. "But action wasn't taken immediately. The FDA interviewed the whistleblower two months later, in December, then didn't inspect Abbott until Jan. 31. It wasn't until the following month, in February, that the formula was recalled."

Further, federal government red tape and unnecessary regulation are making the problem worse by preventing the rapid expansion of formula imports from overseas.

"Infant formula that is perfectly safe and that is produced in accordance with European standards that are at least as stringent as US health and safety requirements, cannot be imported because the FDA has not reviewed and approved what is printed on the package, which is a costly and time-consuming process for producers," Reason reports.

The baby formula shortage is a federal government scandal that spans from a slow FDA to a border policy that prioritizes babies in processing facilities over the children of American citizens. It's about to get worse.