Katie Pavlich
|
Posted: Feb 05, 2021 11:01 PM
Share   Tweet
The opinions expressed by columnists are their own and do not necessarily represent the views of Townhall.com. 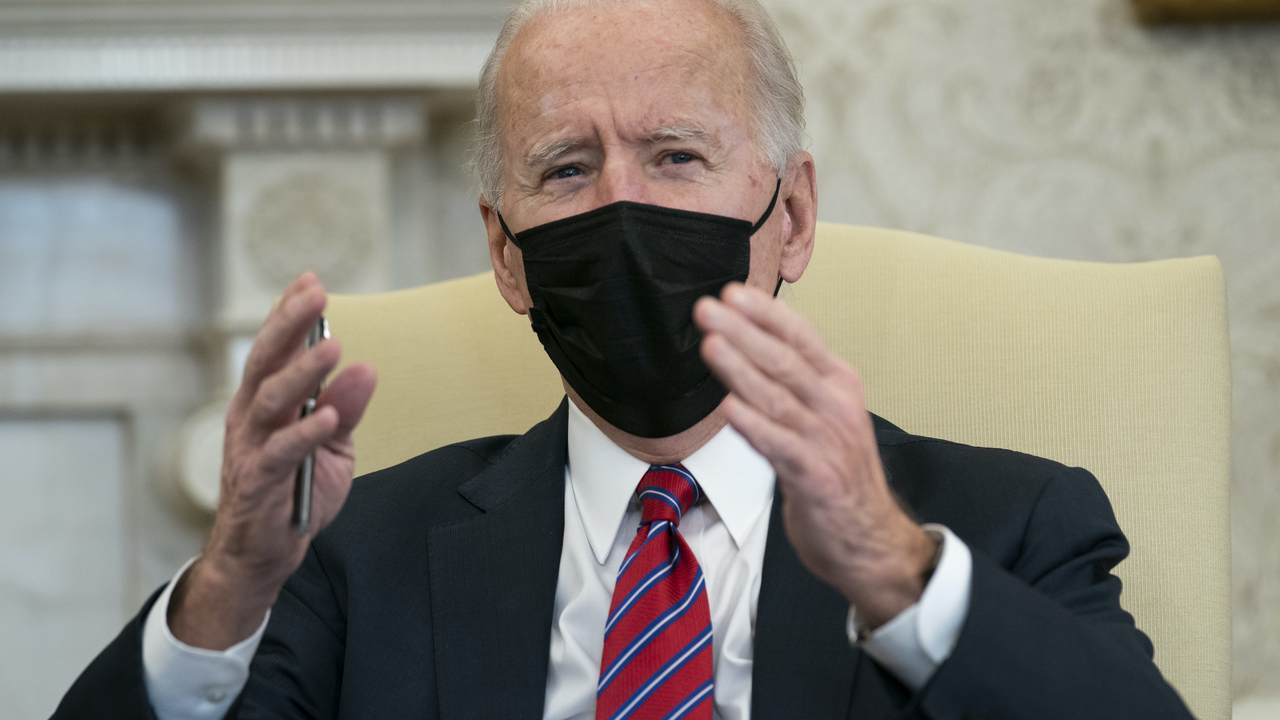 Throughout the 2020 presidential campaign, former Vice President Joe Biden repeatedly accused President Donald Trump of "ignoring the science" on Wuhan coronavirus and vowed, "science will always be at the forefront of my administration."

"It's hard to believe this has to be said, but if I'm elected president, I will always lead the way with science. I will listen to the experts and heed their advice. I will do the opposite of what we're seeing Donald Trump do every day," Biden tweeted on March 26, 2020.

In July 2020, the Centers for Disease Control and Prevention (CDC) released data-based guidance showing the virus has an extremely low spread rate in schools and stated with mitigation efforts, schools could be reopened for in-person learning. In January 2021, the American Academy of Pediatrics produced a similar study showing the same results: schools are safe for teachers and students.

President Biden seemed to listen to this science and vowed to reopen schools within 100 days of his new administration. Two weeks in, the heavily Democratic teachers unions have very different plans.

Teachers unions in San Francisco, Chicago, Northern Virginia and elsewhere are refusing to get teachers back into the classroom while continuing to move the goalposts on school reopenings.

First, they demanded funding for mitigation and safety efforts. In return, they received more than $70 billion through a series of congressional relief plans last year. Local districts have also poured in extra cash. Now, they want more.

Next, they demanded to be put at the front of the vaccination line – ahead of vulnerable seniors. They were granted special status and early eligibility for the vaccine. Now, they're refusing to go back to work until children are also vaccinated, knowing the vaccine hasn’t been FDA approved for individuals under the age of 14.

But do teachers really need to be vaccinated in order to safely go back to work? The answer, according to one of America’s leading scientists, is no.

"There is increasing data to suggest that schools can safely reopen and that safe reopening does not suggest that teachers need to be vaccinated," CDC Director Dr. Rochelle Walensky said during an official White House briefing this week, flanked by the CDC logo. "Vaccinations of teachers is not a prerequisite for safely reopening schools."

Despite vowing to "follow the science," Dr. Walensky's comments prompted White House Press Secretary Jen Psaki to distance the administration and falsely argue the comments were made in a "personal capacity."

But while the White House gives into teachers unions' extortion efforts, saying schools can't reopen until a $1.9 trillion "relief package" is passed through Congress, children across the country are suffering. More specifically, the academic development of children with special needs or living in poor income households is being devastated. For many, there will be lifelong, permanent and irreversible damage.

In Fairfax County, Virginia, the failure rate among students is through the roof.

"A new internal analysis from Fairfax County Schools found an alarming increase in the number of students left behind by the switch to online learning. The percentage of middle and high school students getting F grades in two or more classes has jumped a stunning 83%, according to the 'Study of Teaching and Learning During the COVID 19 Pandemic,'" WUSA9 reports. "Students with disabilities are struggling even more. They've seen a 111% increase in children getting two or more F grades."

In Las Vegas, officials rushed to reopen as an alarming number of teenagers took their own lives.

"Since schools shut their doors in March, an early-warning system that monitors students' mental health episodes has sent more than 3,100 alerts to district officials, raising alarms about suicidal thoughts, possible self-harm or cries for care. By December, 18 students had taken their own lives," The New York Times reports. "The spate of student suicides in and around Las Vegas has pushed the Clark County district, the nation's fifth largest, toward bringing students back as quickly as possible."

Private schools have been open since the fall 2020 semester began, some even earlier. Public schools across the country, including in large Florida districts and small rural districts with limited resources, are open. There is no excuse to remain closed, and teachers who want to get back in the classroom are being held hostage.

Biden's refusal to stand up to the unions and his public rejection of his own CDC director proves his willingness to put politics, union donations and Democrat activism above the wellbeing of students. Follow the science? Only if the teachers unions go along with it.