Katie Pavlich
|
Posted: Jan 29, 2021 2:35 PM
Share   Tweet
The opinions expressed by columnists are their own and do not necessarily represent the views of Townhall.com. 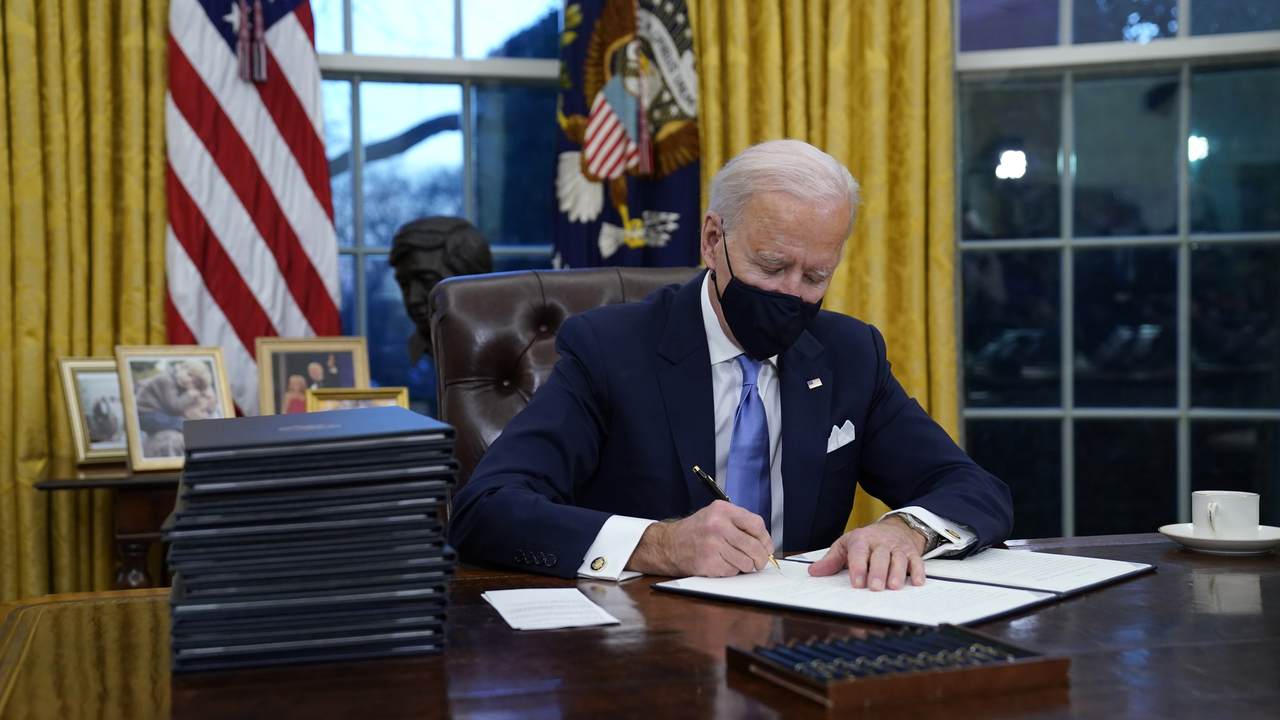 President Joe Biden has been on the job for just over a week and has already destroyed any credibility he is a “moderate.”

On his first day in the Oval Office, Biden signed an executive order mandating biological males be allowed to participate in women’s sports, effectively ending them and destroying Title IX.

"Last week, President Joe Biden wasted no time in pushing policies that threaten to gut legal protections for women and girls. Unfortunately, we’ve already gotten a glimpse of what this means. The past few years, we’ve watched as female athletes have increasingly lost out on championship titles and opportunities to advance to the next level of competition. All because of policies like those President Biden is pushing,” Alliance Defending Freedom, which has sued on behalf of female athletes in the past, said. “Take Connecticut, for example, where a state athletic association policy permits male athletes who identify as females to compete on girls’ athletic teams. Under this policy, two male athletes in the state won 15 championship titles and over 85 chances to advance to higher levels of competition that belonged to deserving girls.”

The next day, Biden eliminated thousands of good-paying, union, American, Keystone XL pipeline infrastructure jobs with the stroke of a pen.

“I build pipelines; I’m used to layoffs. We start projects knowing that once it’s complete, we’re getting laid off. We depend on these temporary projects though to make a career. What happened today was different. I got laid off for political reasons and stupidity, and the future doesn’t look so bright. I’ve got a sickening feeling in my stomach tonight and an aching feeling in my heart that I’ve never felt. At the end of every job, I always shake the hands of the people I hire and the people that are sent from our Unions out of work list before they’re laid off. We laugh and smile and are proud of a job well done. Today it wasn’t like that; I laid guys off because the President doesn’t want them to work. I went to my truck and literally cried,” former Keystone XL worker Neal Crabtree wrote on his Facebook page.

Then, adding insult to injury, Biden sent uber elitist Climate Czar John Kerry to the White House briefing room. There, Kerry lectured those same and now unemployed workers about what kind of jobs they should be doing. In case you’re wondering, Kerry still owns and uses a carbon-emitting private jet.

“What President Biden wants to do is make sure those folks have better choices, that they have alternatives, that they can be the people to go to work to make the solar panels,” Kerry said, looking down his nose.

One week later, and on the eve of the annual March for Life in Washington, D.C., Biden signed another executive order forcing American taxpayers to fund abortions overseas. During his remarks on the issue, Biden dishonestly cast the order as “protecting women’s healthcare” after they were “attacked” by the previous administration.

Not only was this move immoral, it is wildly out of touch with the American people.

“President Biden’s decision to rescind the Mexico City Policy ignores the opinion of most Americans. The Mexico City Policy acknowledges the decades-long tradition in the United States of not using taxpayer dollars to perform or promote abortion," Supreme Knight of the Knights of Columbus Carl Anderson released in response to the move. "Our 2021 Knights of Columbus/Marist poll, released earlier this week, found that more than three-quarters of Americans agree that public funds should not be used to fund abortion abroad. This supermajority of Americans includes 55% of Democrats, 85% of independents, and 64% of pro-choice respondents. This result, found consistently over several years, demonstrates that this executive action does not unite Americans but instead is contrary to an area of bipartisan consensus in an otherwise divisive issue.”

All of these examples mean lives are being destroyed and dreams have been crushed.

Despite having a Democrat-run House and Senate, in addition to claiming he wants to work with Republicans to “get things done,” Biden has signed more than 40 executive orders since taking office. There are more on the way and they have significant consequences for the country.

Throughout 2019 and 2020, we heard endless claims from the media, Democrats and Biden that he was a moderate, not a far-left extremist. His focus and choice of executive actions in just the first week of his presidency completely debunk that narrative.