Pelosi’s 25th Amendment Ploy Is About Biden, Not Trump

Katie Pavlich
|
Posted: Oct 09, 2020 11:50 PM
Share   Tweet
The opinions expressed by columnists are their own and do not necessarily represent the views of Townhall.com. 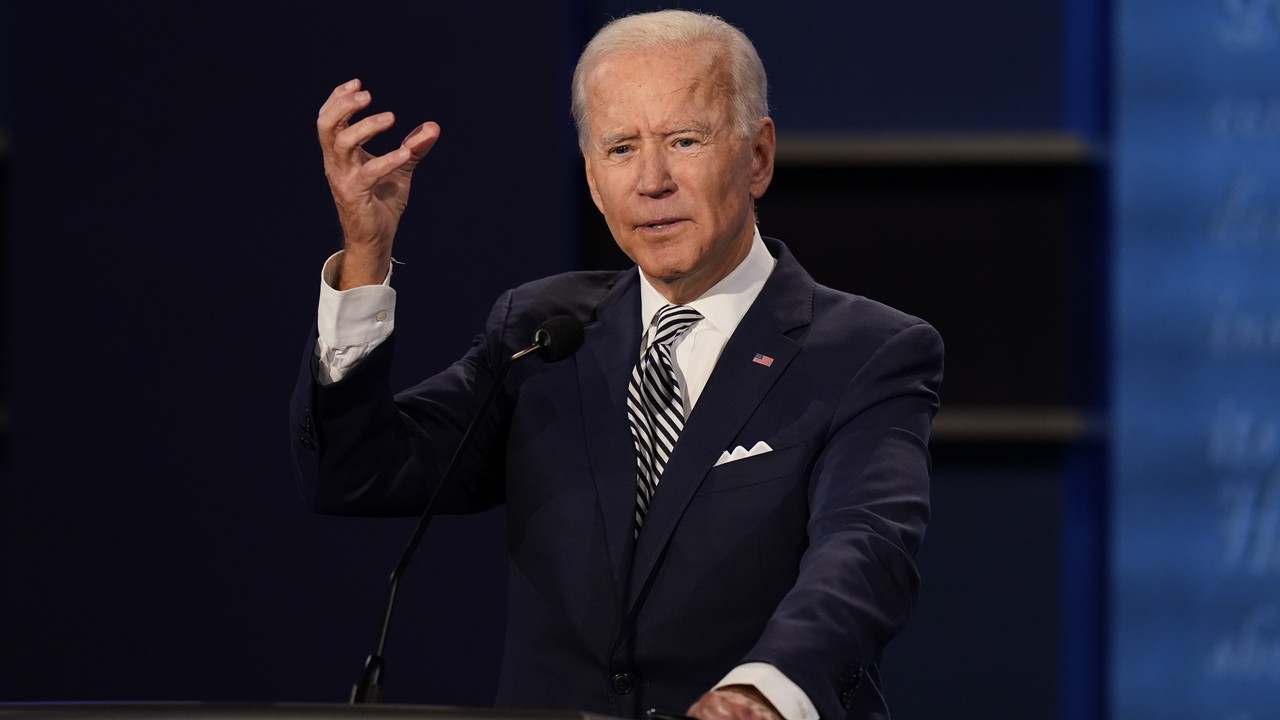 It’s been another week in Washington, D.C., and House Speaker Nancy Pelosi is more unhinged than ever.

During a press conference on Capitol Hill Thursday, a flustered Pelosi urged reporters to stay tuned and “Come here tomorrow - we're going to be talking about the 25th Amendment.”

On Friday, the speaker introduced legislation to establish the Commission on Presidential Capacity.

“Throughout American history, our leaders have created and strengthened guardrails in the Constitution to ensure stability and continuity of government in times of crisis. The 25th Amendment creates a path for preserving stability if a president suffers a crippling physical or mental problem and is ‘unable to discharge the powers and duties of his office and transfers his powers.’ Specifically, section four of the Amendment empowers Congress to set up an independent body to confront such a crisis. Congress has a constitutional duty to layout the process by which a president's incapacity and the president of any party is determined,” Pelosi said.

“The president of any party.” How interesting.

Naturally, this seems to be an attack on or trolling of President Trump. While that may be true, it’s also a way for Democrats to place Senator Kamala Harris into the presidency if Joe Biden were to win. Pelosi’s remarks show us the way.

“This is not about President Trump. He will face the judgment of the voters. But he shows the need for us to create a process for future presidents,” Pelosi said. “This legislation applies to future presidents, but we are reminded of the necessity of action by the health of the current president.”

In December 2019, Biden told aides he would only serve one term in office.

“According to four people who regularly talk to Biden, all of whom asked for anonymity to discuss internal campaign matters, it is virtually inconceivable that he will run for reelection in 2024, when he would be the first octogenarian president. ‘If Biden is elected,’ a prominent adviser to the campaign said, 'he’s going to be 82 years old in four years and he won’t be running for reelection,’” Politico reported at the time. “The adviser argued that public acknowledgment of that reality could help Biden mollify younger voters, especially on the left, who are unexcited by his candidacy and fear that his nomination would serve as an eight-year roadblock to the next generation of Democrats.”

Biden has since said he would indeed run for a second term, but with the reality of Biden’s age and ongoing pressure from the most extreme elements of the Democratic Party, why would the Left wait? Of course, they want to replace him as soon as possible. Biden is simply a so-called electable “moderate” trojan horse for a socialist agenda.

Since being announced as Biden’s vice president in August, Sen. Harris has referred to the Democratic presidential ticket as the Harris/Biden campaign. Biden has done the same. In a number of Biden campaign ads, the former vice president is featured as a blur in the background of photos, while Harris is prominently displayed out front. In August, Harris delivered the pre-rebuttal speech to President Trump’s Republican National Convention remarks. Not Biden.

Pelosi admits her Commission on Presidential Capacity isn’t about the current president and she’s attempting to hold the party together ahead of Election Day. This is about replacing Joe Biden with Kamala Harris should they win the White House. It’s a reassurance to the socialist wing that they will eventually get what they want so long as they vote for Biden in November. Pelosi is banking on keep the House, flipping the Senate blue and a Biden/Harris victory to get it done.