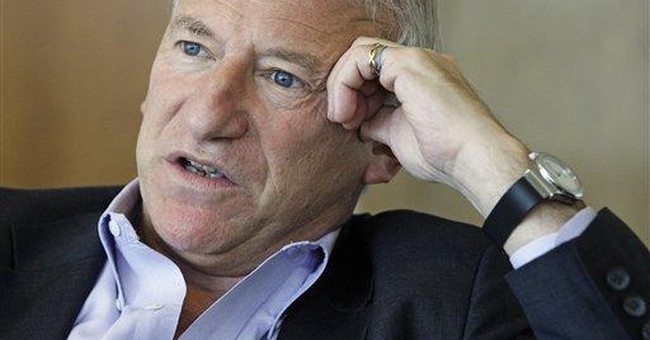 The last week has been a busy one in Washington for Big Labor.

First, union boss Andy Stern, head of the Service Employees International Union (SEIU) announced that he was going to step down.

Second, a little-known Executive Order issued by President Obama last year was just approved by the federal government. This order will drastically affect competition for large federal construction projects by favoring union shops and penalizing businesses whose workers have decided to remain non-unionized.

All of this occurs against a backdrop of double-digit unemployment in many states along with massive federal and state deficits.

These recent actions taken by the White House suggest their judgment is clouded by affection for their friends in Big Labor as almost every move they make rewards bosses, hurts employers and subsidizes – in one form or another – union-administered pension plans, which are terribly under funded and in some cases going bankrupt.

Andy Stern was the most frequent visitor to the White House in 2009 directly lobbying our nation’s chief executive and his staff over and over again. Stern even tweeted at one point that he was having “cocktails with prez and VP.”

Furthermore, Stern and company weren’t just enthusiastic supporters during the 2008 campaign cycle; you might say they qualify as this President’s “number 1 fans.” In fact, the SEIU contributed more than 60 million to get Obama elected, even taking out loans to do so. In total, labor bosses invested nearly half a billion dollars getting the current administration and Congressional leadership in place.

All of this took place while union membership declined and the number of under-funded worker pension plans increased.

This cozy relationship masks the fact that there’s a hidden crisis looming when it comes to union pension funds, which are rapidly failing, and not because of the current economic crisis. Many of these plans have been on a downward spiral for quite some time. Some kind of “bailout” that would bring these failing pension plans back to life is at the heart of the union agenda.

In visiting and lobbying officials in the White House and Congress as frequently as he has, Stern has certainly shared these concerns with President Obama, Nancy Pelosi and Harry Reid.

The most recent data on pensions shows that 17 percent of union pensions were fully-funded, as compared to 35 percent in the private sector, according to economist Diana Furchtgott-Roth in a September 2009 Hudson Institute study. Also, “while 86 percent of non-union pension funds had 80 percent or more funds needed to pay expected costs, only 59 percent of union funds met the funding threshold,” according to the study. Also of note, pension plans for union officers were almost always better funded than those of their rank-and-file union members

And this is where policies like Project Labor Agreements (PLAs) make their introduction. PLAs require that non-union contractors – assuming they compete and win a bid under the project – pay health and pension benefits twice – once to their employees and once to the local union. Unless the workers decide to join the union, they will not become fully vested and will never see the benefits of those contributions. That’s money down the drain for the non-union shops and their workers, but money that will help to fill union pension coffers. Labor bosses must be salivating at the thought of more bailouts for their failing plans.

There is a great risk for non-union shops in contributing to these pension plans though. If one of the companies in a multi-employer plan goes bankrupt, the liability rests with the remaining companies as the costs are shared among those in the pool. In addition, signing a PLA could bankrupt a non-union shop or prevent it from qualifying for construction bonds needed for future projects. Those are just a few of the reasons why non-union shops do not want to compete for business under a PLA – the risk to their companies outweighs the benefits of winning a bid for a project that will employ their workers.

Failing pension plans represent another reason why Big Labor is so focused on the forced unionization of workers across the country. It’s a primary reason that labor bosses still hold out hope that the Employee ‘Forced’ Choice Act will be passed. An administration which campaigned on the slogan of “Change We Can Believe In” should resist the urge to practice politics as usual and reward political cronies with taxpayer dollars and policies that are painful to our nation’s small business owners. If they fail to do so, they shouldn’t be surprised when voters this fall tell them to “keep the change.”