Life Must Not Be Devalued

Kathryn Lopez  |  Jul 18, 2020
The opinions expressed by columnists are their own and do not necessarily represent the views of Townhall.com.
Top Columns
Trending on Townhall Media 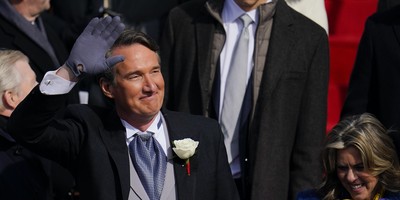 Michael Hickson should be a household name. From best I can tell, he was a tender soul. He was living in a residential home when he contracted COVID-19. He was transferred to a hospital and was, by all indications -- including a recording of a conversation a doctor had with his wife -- not cherished as a patient with rights and dignity. His cognitive impairment and physical disability marked him, for at least that one doctor, below a quality of life worth fighting for.

It is a miserable story. Due to family rifts, his wife and the mother of his children no longer had any say about how he was treated. She had to be allowed to see him, had to plead for her seriously ill husband to be treated like a human being, deserving of love and care.

Hickson, a quadriplegic, died in the hospital after being withheld treatment for six days, in accordance with the decision of his court-appointed guardian.

And, oh, by the way, Michael Hickson was a black man. He didn't die on the streets but in a hospital bed. And if we're concerned about the need for reform in law enforcement, we ought to be concerned about what's happening to our medical culture, too. Because there is a similar dehumanization that is taking place, and it's increasingly systematic.

This is one of those stories that is easier not to know about because by refusing to look away, action is required. Acknowledging it forces a commitment to something better, to a change in how we value all human life. But it's a difficult commitment to make, and it's even more difficult to carry out.

There's a lot of unprocessed grief in the United States of America today. Take my Empire State. We don't even know how many thousands have died of coronavirus because of a decision made by Gov. Andrew Cuomo to have patients with COVID-19 transferred from hospitals to nursing homes. In this pandemic moment, we could drown in numbers and misery if we paid too much attention. But how is this all going to change the way we operate in our own families? How is this going to change us?

It's been especially galling having to listen to Cuomo talk about the value of every human life while knowing that he has celebrated expanding abortion in New York.

This is of a piece with a recent op-ed in the Los Angeles Times that applauded California's assisted suicide practice, urging its extension for patients with dementia. First, physician-assisted suicide was about terminal conditions. But suicide is suicide, and the law is a teacher. Once we make it legal and acceptable and even preferred in some circumstances, of course, not only does it encourage suicide across the board as it becomes a poison in our cultural bloodstream, but we may just go ahead and expand it, just as with abortion.

It's impossible for us to know every person who has fallen victim to what Pope John Paul II described as a culture of death, which dehumanizes and makes us anesthetized to a casualty toll that is too much to take. But when we become aware of a case like Michael Hickson's, we can't look away. When we do, we align ourselves with the culture of death.

Do we value life? COVID-19 is a time for a cultural examination of conscience. Let's take the opportunity.