Kathryn Lopez
|
Posted: Mar 11, 2017 12:01 PM
Share   Tweet
The opinions expressed by columnists are their own and do not necessarily represent the views of Townhall.com. 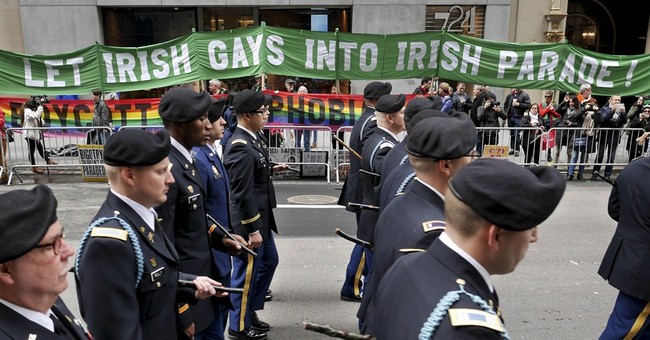 This St. Patrick's Day marks the one-year anniversary of something of a miracle. It was on March 17 of last year that then-Secretary of State John Kerry surprised the world -- not the least activists pleading the cause -- by recognizing that Christians and other religious minorities in Iraq and Syria are targets of genocide. It was an exercise in truth-telling, one that has since been wrapped up in all sorts of electoral and post-election political media frenzies.

I've come to think of St. Patrick's Day as a springtime Thanksgiving because of it. It was only a few days before that Father Douglas Bazi, a Chaldean priest from Iraq, celebrated a small Mass in Aramaic, the language that Jesus Christ spoke, at the Catholic Information Center, about a stone's throw away from the White House. As we prayed, Bazi was only filled with gratitude, despite the fact that the erratic nature of U.S. foreign policy had contributed to people having to flee their homes, at best, in his part of the world. Having spent some time in terrorist captivity, he could have had bitter and harsh words for us. Instead, he exuded gratitude for the Americans who care about what happens to his people. At the time, he was running a parish filled to the brim with people who had left Mosul rather than convert to Islam, living in temporary housing on Church grounds, trying to look ahead to an uncertain future.

Despite his gratitude, Father Bazi's presence and testimony demanded contrition from his audience. How many of us take political positions without ever looking people in the eye who might be most severely affected by the unintended consequences? I remembered publishing and writing myself all sorts of commentaries in defense of the war in Iraq not so long ago, without ever giving someone like Bazi a call.

There were bipartisan contributions on to the road to genocide. Encountering people both at home and on the other side of the globe who might otherwise be lost and forgotten can go a long way to humanizing and broadening our political outlook. It also might make Americans a beacon of hope for otherwise forgotten people.

And it's not just the victims of genocide in the Middle East, of course, who still see the United States as a light where lives can flourish. Melinda Henneberger from the Kansas City Star just went over to Sudan, hosted by the Sudan Relief Fund. There, even churches can't protect the people seeking safe havens, as they themselves become targets. One priest recounted an attacker's promise to crucify a Christian who got in his way.

As for the St. Patrick's Day miracle, a joint statement from human-rights advocates for religious minorities in the Middle East notes: "One year later, nearly all of the survivors of the ongoing genocide remain uprooted from their communities, either as refugees or internally displaced persons. Without security, aid and economic revitalization, these communities may never be able to return and rebuild. To date, few, if any, of the survivors have received assistance from the American people through U.S. government and UN programs." There's more that must be done.

A new book on the Catholic history of New York begins with the portrayal of a missionary priest to what would become the capital of the world. In "Sons of Saint Patrick," George Marlin and Brad Miner describe the native Mohawks as being "impressed" by the "courage" of Jesuit Isaac Jogues who they dubbed "the indomitable one," although his neck was eventually "hacked through with a tomahawk" in 1646. If the blood of martyrs is the seed of the Church, as Tertullian said, we have a rich past and present and could afford to mark "St. Paddy's Day" with not only corned beef, Guinness and parades, but prayer, and action of the sort that gives honor to those who do not have the religious freedom we enjoy -- even with current challenges and controversies -- and to the God the major monotheistic faiths profess to live for.