'Simple Messages' Often The Most Important 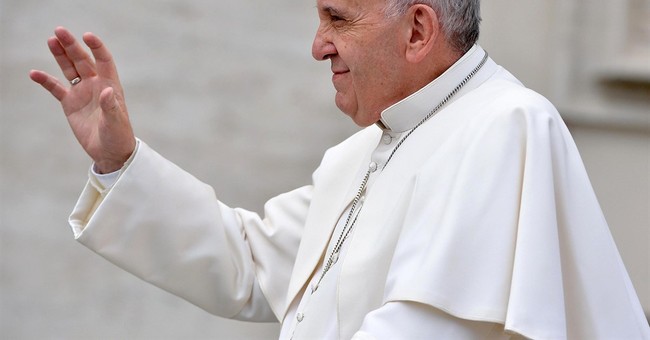 Pope Francis came and went, and our headlines remained the same. Congress missed an opportunity to make progress in our intractable abortion debate. Oregon families mourned loved ones killed in another shooting.

We yell about laws to address all these things, but there's something more that is needed. Something more foundational.

Bryan Carter runs the Gesu School, a Jesuit school in Philadelphia. He is one of many Catholics I met in Philadelphia last week who wanted to tell their Catholic stories as the world descended on the City of Brotherly Love.

Some of Carter's students tangoed for the pope during a festival welcoming him to town. Students at the Gesu School know how to tango because of a woman named Sue Shea, who founded the nonprofit Dancing With the Students to offer ballroom dancing to students, parents and teachers in impoverished areas of the city. Students learn a skill, have some fun -- occasionally getting gigs like a Phillies or 76ers game -- and learn respect, manners and confidence.

Carter explains that, in addition to "learning the tango, meringue, swing and waltz, our young men understand how to approach a young lady to ask for a dance; the young ladies now know how they should be approached by young men." And Shea, he says, "is not only a true champion for Gesu School and our children, but also hundreds of children throughout Philadelphia." Her program, founded 10 years ago, is currently in 10 schools around the area.

Needless to say, the visit of the first Jesuit pope from the Americas was a big deal for Gesu. But for Carter, it was much more than some of his students on center stage: It was an opportunity for renewal.

When the dancing stopped, there was prayer. Pope Francis passed Carter and raised his hand in blessing. This was not a close encounter with a celebrity so much as an experience of the universal Church, right at home. Carter was particularly moved by praying the "Our Father" on Benjamin Franklin Parkway with Catholics and non-Catholics alike.

While some dismiss Pope Francis for his seemingly simple messages, there is power there. Gospel power. Power that gets people to do unselfish things that don't always make sense by worldly standards. These messages get to the heart of what we're missing in our daily lives.

Reflecting on what the pope said that Sunday during Mass, Carter said, "The homily emphasized how small gestures of love help cultivate faith, and how those small gestures could serve to create a better, more loving world. 'Like happiness, holiness is always tied to little gestures,' he said."

Francis' sermon continued: "These little gestures are those we learn at home, in the family. ... They are the quiet things done by mothers and grandmothers, by fathers and grandfathers, by children. They are little signs of tenderness, affection and compassion."

And so, on Monday, a tired Carter built some daddy-daughter time, involving a playground and milkshakes, into his day. Little gestures may not seem heroic, but they are. They build habits that inculcate virtue.

A good Jesuit, Pope Francis leads people in examining their consciences, identifying their motivations and responses, and making changes in the light of faith. Carter prays the visit helps people be "men and women for others," as a Jesuit tenet puts it. That might not be a political manifesto, but it has the power of a revolution when put into practice.

"Our various religious traditions serve society primarily by the message they proclaim," said the pope. "They call individuals and communities to worship God, the source of all life, liberty and happiness. ... They call to conversion, reconciliation, concern for the future of society, self-sacrifice in the service of the common good, and compassion for those in need."

That's why the pope coming here was important: It gave us a moment to stop and remember. Reflections on his words are in order for anyone who wants someting better than distractions and incivility. People who are doing good, energized to do more: That's freedom at work, and that's the fuel of a healthy society.

Whether we're talking about policy or daddy-daughter time, "love one another" is a message that never gets old, and one that we have not yet perfected.