The Power of Radical Forgiveness 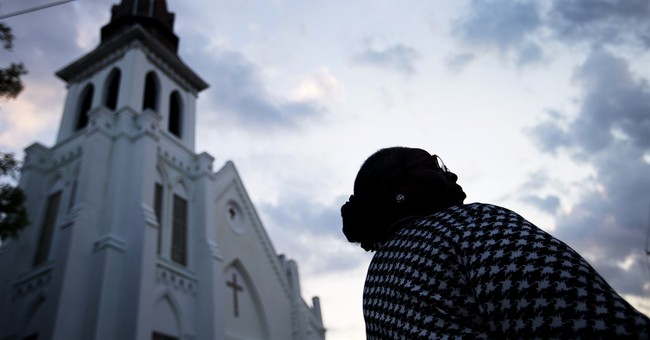 The power of love recently on display in Charleston, South Carolina has been stunning. For a nation beset by hate in recent months, from one city to another, the blood shed there has led to something better.

What a deep reserve of love there must be among the family and friends of those murdered at Emanuel African Methodist Episcopal Church that they forgive the man accused of killing their loved ones. This is the Christian way, and it is quite dazzling to behold.

Remember Pope St. John Paul II, saying this from Gemelli Hospital in Rome in May of 1981? "I pray for the brother who shot me and whom I sincerely pardoned."

Where does this come from? The kind of love that forgives what to any reasonable person would seem unforgivable?

It has something to do with freedom, and it's worth reflecting on it as we approach another Independence Day. Across the pond, at Stonyhurst College in England, there resides a treasure trove of history that predates the United States, but, in many ways, is a part of our story.

One of Stonyhurst's many gems is a poem written by the Jesuit St. Edmund Campion, who was ultimately imprisoned in the Tower of London and martyred for refusing to renounce his Catholic faith. He probably never intended for his "Anima" to be read by others, so intimate a plea it is to his Savior. In the midst of terrible persecution and imminent pain, he wrote: "O where would I now be, Had Your Grace not rescued me from my loathsome failings, Filled me with a better light, And exchanged, for the eternal Fires of Hell, The holy fires of Love."

See the tremendous depth of his gratitude? His very life is a gift. Everything is a gift.

Evil isn't senseless so much as it is a reality in our fallen world.

One of the hymns of praise that have been recently heard from Mother Emanuel, as the Charleston church has been dubbed, is "Be Thou My Vision." Its lyrics include:

"High King of Heaven, my victory won, May I reach Heaven's joys, O bright Heaven's Sun! Heart of my own heart, whatever befall, Still be my Vision, O Ruler of all."

When God's will reigns in one's life, there is a freedom this world cannot fully make sense of. It's a union with eternity.

Nine people were murdered. And Nadine Collier, the daughter of one of the slain, Ethel Lance, said to the man who killed her mother: "You took something very precious away from me. I will never get to talk to her ever again. I will never be able to hold her again."

And yet, she added: "But I forgive you."

This is the love we've seen from Egyptian Coptic Christians whose loved ones were beheaded by ISIS some months back. This is the gratuitous love of God, which keeps us honest and generous and drawn out of self-centeredness and indifference. This is the indispensible support to any experiment in ordered liberty. This is the seed for renewal.

For every news story of burnings, murders and hatred, remember this. Remember the nine who died in Charleston as they were getting to know their Lord better, nailed to the cross they were, in the end. Remember the passion of a soul who longs for the Heaven he or she does not deserve. Remember where our liberty comes from, and pass it on -- for another Independence Day. Giving thanks for those who live life out of love and hope for an eternal one.