Kathryn Lopez  |  Mar 11, 2011
The opinions expressed by columnists are their own and do not necessarily represent the views of Townhall.com.
Top Columns
Trending on Townhall Media 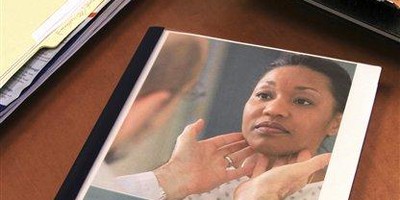 "Wife number three and I made a movie about the Pope, so my divorces and adulterous affairs don't count." That's how one person greeted Newt Gingrich's recent announcement that he is seriously considering the possibility of running for president. Most followers of the presidential-primary scramble figured as much already. But Gingrich's press conference ushered in an open season on the man and his personal life.

The negative comments have focused on more than the former congressional speaker's personal infidelity. They've gone after his professional record, too. It's always hard to divorce one from another.

Especially when it's morality that Gingrich talks about on the campaign trail. "Morality matters in economics because balancing the budget is an essentially moral, not economic, question about whether or not politicians ought to follow the same rules as the rest of us," he told a Faith and Freedom Coalition forum in Iowa recently. He went on to say, "There should be no distinction between economic, national-security and social conservatives. We should all base our principles on fundamental questions of morality."

I happen to wholeheartedly agree. Iowa caucus voters tend to agree too. But when Gingrich muses about morality, people are reminded of his less than stellar record in that field.

Gingrich, mind you, didn't help matters when he told the Christian Broadcasting Network: "There's no question at times of my life, partially driven by how passionately I felt about this country, that I worked far too hard and things happened in my life that were not appropriate."

That sounded a bit like he was walking away from responsibility. But, in that same interview, he added: "And what I can tell you is that when I did things that were wrong ... I found that I felt compelled to seek God's forgiveness. Not God's understanding, but God's forgiveness."

Simultaneous to his comments, many were gearing up for the Christian season of Lent. As it happened, Gingrich was being ridiculed -- "Patriotism made me do it!" was the most common barb -- on Ash Wednesday, a day focused on sin and repentance.

I don't know the heart of Newt Gingrich. I probably know him about as well as many folks who have sounded off regarding his reappearance as a potential candidate. Since we last saw him as an elected official, he has converted to Catholicism, and yes, made an excellent documentary about Pope John Paul II and the fall of Communism. Needless to say, none of these things excuse moral turpitude, and people have certainly been known to do things for politically advantageous reasons.

Yet 'trust but verify' is a political proverb. Gingrich's recent years appear to have involved a commitment to public policy, as well as to family and his newfound faith. Confessing our failure, demonstrating a purpose of amendment, these are at the heart of Christianity. Of course, the voting booth is not the confessional, and for the most prudent reasons, voters can't be as merciful with their elected officials as they are with their neighbor.

Gingrich is just a man, too. And his lack of finesse about his sins may simply result from a discomfort with speaking about his failure publicly. Nevertheless, he has to. And in being publicly reflective, he, probably inadvertently, is doing what he does best: teach.

Back in January I wrote a piece with Seth Leibsohn, co-author with Bill Bennett of the upcoming book "The Fight of Our Lives," welcoming freshman members of Congress to Washington and urging them to be good and decent. For legislators, our capital can be a city of temptation: you may be away from your family; in many cases, you're keeping irregular hours, attending a whirl of social events. There are no excuses for slip-ups, but there is value in knowing the enemy is very much there, and that you need to protect yourself against it.

In this way, Gingrich actually provided a little bit of a public service in one of his least articulate moments. If you can get past the ridicule, he serves as a cautionary tale: That boundlessly powerful feeling you get when you're doing things you deem important for the world can get you into trouble. Beware. As he told the crowd in Iowa, Newt Gingrich 2011 hits the stage "with maybe a little more wisdom" than the Newt Gingrich who was king of the 1994 Republican revolution.

As for that whole presidential dust-up: It's not the craziest idea ever. And, if we can all put cynicism aside just for a moment, maybe, just maybe, the fact that Gingrich can seriously consider such a notion is testimony to a little, amazing, transformative thing called redemption.