You Can't Get There From Here 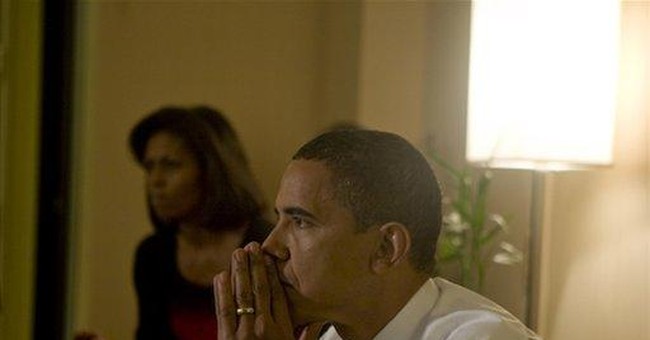 Election Day has produced fresh fury from self-proclaimed "conservatives" promising never again to read me or fellow apostates who criticized the Republican ticket.

This is, of course, their right, but is this really the way to go about salvaging the Republican Party?

Yes, absolutely, let's start censoring people who entertain ideas and opinions that make us unhappy. Now there's a sure path to enlightenment!

Columns will survive or not as the market dictates, but the blistering response to a dozen or so fellow turncoats reveals something deeply wrong with the conservative movement, such as it is. Or was.

First, from my own mail a quick sampling for context:

"It's time you made it official and jump on the liberal bandwagon for good," writes Tammy. "Bow down to your 'messiah,' who you helped to crown. And prepare for the 'left-wing change' you have brought upon us. I join 57 million loyal American patriots in asking you to please announce your departure from conservatism and Republican Party."

Then comes this from Bill: "I would like to ask you politely to go away from the Fort Worth Star-Telegram. Conservative Republicans in Tarrant Co. will no longer read your column. You would save us the expense and headache of a boycott against your column if you would simply keep your column in The Washington Post where it obviously will pass for a conservative opinion piece."

Finally, and representative of more than a handful, come these pearls from Stephen, a beacon of Socratic equilibrium: "I weep to see a------s like you telling us how grateful we should be to see this piece of s--- rule our great country. Go to h---you dumb piece of s---." Point taken, Steph, though a tad redundant.

Where to begin? As the circular firing squad commences and Republicans begin seeking answers to what went wrong -- and who will lead them through the desert -- here's one for the suggestion box: Don't shoot the messengers.

The impulse to blame someone -- anyone -- for what went wrong last week reminds parents of when a toddler falls down. Hurt and embarrassed, he will often walk up to his mother (or caregiver, as the case may be) and slap her to shift attention and assign blame.

In similarly childish behavior, those disappointed by Obama's election are slapping the heretics who expressed doubts about the McCain/Palin ticket. It's their fault that Obama won.

Good thinking. And turning on the kitchen light creates a roach problem.

Although flattering to consider, most people in the opinion business would never presume that they can change anyone's mind -- or direct the outcome of a presidential election. To stimulate conversation without drifting off into Lunesta Land seems a lofty-enough goal, if seldom achieved.

The most common complaint I've heard lately is that when people on the right criticize each other, the left uses that to their advantage. (The right would never do such a thing.) Also, I'm told, the left doesn't eat its own the way the right does.

The alternative to criticizing, several friends have mentioned with perfectly straight faces, is to say nothing at all. Alas, I've always been partial to Alice Roosevelt Longworth, who said, "If you haven't got anything good to say about anyone, come and sit by me." Not only is the conversation likely to be livelier, it is also likely to be truer.

Whether assertions about the left's sturdier loyalties are accurate, I can't say. But one could argue that eating one's own -- that is, being willing to say what's true even when not in one's immediate self-interest -- is not a defect, but rather an imperative that conservatives might wish to claim as their own.

Blind faith might work on a given Sunday, but some interior fact-finding might do the GOP more good in the coming months. Exit polls conducted by The Associated Press found that one in five voters who consider themselves "conservative" (34 percent of the electorate) voted for Obama.

Does anyone really think that silence among critics would have altered that outcome? There must be something else, as Freud was fond of saying.

Among probable causes for the GOP defection, conservatives might consider the right's tendency these days to banish into the darkness those who were merely looking for the light.