Clearing the Air on Climate Change 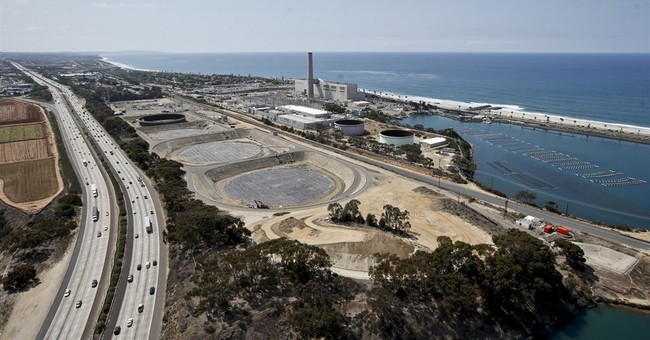 Pope Francis’s visit to America this past week is a reminder of the extent to which pure propaganda now circumscribes public discourse about climate change. The climate issue, in all its many dimensions, is not about air pollution as Pope Francis’s recent speeches labeled the issue and as the media parroted his words. The climate change issue is about energy derived from fossil fuels.

No matter how many times, the President, EPA and the media rant about “dirty carbon pollution,” there is no pollution about carbon itself! As a dictionary will tell you, carbon is the chemical basis of all life. Our flesh, blood and bones are built of carbon. Carbon dioxide (CO2) is the gas of life on this planet, an essential nutrient for plant growth on which human life depends. How craftily our government has masked these fundamental realities and the environmental benefits of fossil fuels!

CO2 is an odorless, invisible, beneficial, and natural gas lacking any characteristics of a pollutant. CO2 in no way contaminates or defiles the air as genuine pollutants can. A trace gas, CO2 accounts for only around 0.04 percent (400 parts per million-ppm) of the atmosphere surrounding the earth that is dominated by nitrogen and oxygen. Even the IPCC’s most recent Assessment Report admits that the dynamics of our climate may not be as sensitive to the relatively small addition of man-made CO2 as official science previously assumed. Notwithstanding the unscientific declaration of absolute certainty surrounding the politically official science, the climate’s sensitivity to the relatively small increment of human-induced CO2 remains the central unsettled question surrounding the climate issue.

Yet, one fact about CO2 is settled. Ambient levels of CO2 in the air we breathe have zero adverse health effects in contrast to genuine pollutants such as benzene and sulfur dioxide, as listed in the Clean Air Act. With good reason, EPA has set no health-based limits on the ambient concentration of CO2. The Occupational Safety and Health Administration (OSHA) does set some advisory levels at 5,000 ppm for prolonged exposure to CO2 in a tightly enclosed space -more than ten times the current level to which humans are exposed. To put this in context, the Navy sets the safety limit for breathing inhaled air in a submarine at 8,000 parts per million!

Although the EPA rarely admits it, the U.S. has achieved a dramatic reduction in real pollution over the last few decades. Between 1990 and 2010, EPA’s most recently compiled data shows a 59 percent reduction in total emissions from the six major “criteria,” pollutants regulated under federal law. Reductions of many individual pollutants are much higher. Air emissions of benzene, a well-known carcinogen and the most widespread hazardous air pollutant, has declined by more than 88 percent since 2013. Tailpipe emissions from vehicles—the predominant source of pollution from particulate matter and ozone —was reduced by 95 percent from 1980 to 2013. This is an astonishing environmental success.

The industrialized nations that utterly depend on the consumption of fossil fuels have not amplified environmental degradation of the natural world, as the Pope’s speeches and encyclical claim. In fact, the highly concentrated energy in carbon-rich fuels have decreased human encroachment on the natural world. For a radical departure from the current canon of political correctness, consider that mankind’s carbon footprint has shrunk mankind’s physical footprint on the glorious earth.

Agriculture has now converted 1.5 billion hectares of the surface of the earth to cropland. Without the productivity achieved through natural gas-derived fertilizer and other energy inputs dependent on fossil fuels, the amount of land devoted to cropland would be as much as 3.8 billion hectares—enlarging the physical human footprint by almost three-fold.

In 1910 before the internal combustion engine replaced animate horse power, almost 30 percent of the U.S. crop harvest was devoted to feeding the 27.5 million horses used for muscle power on the farm and for transportation. Cars and trucks soon replaced the horse. Although U.S. food demand has grown with the population over the last 100 years, the number of acres of American land devoted to agricultural crops and pasturing horses has not increased since 1910.

Policies to replace fossil fuel-based electric generation with wind and solar generation necessitate massive land modification and habitat destruction. Renewable installations can require hundreds to thousands more acres of land than a coal, natural gas or nuclear power plant to produce the same power. In contrast to pre-industrial eras when forests were a primary source of energy, the density and efficiency of fossil fuels have been kind to trees -shrinking mankind’s physical footprint on the surface of the earth.

The meaning of “climate change” now includes so many disparate matters that the phrase is virtually meaningless. Stretching the phrase to include pollution is factually incorrect and grossly misleading to the public. As the evidence for unprecedented warming temperatures, extreme weather events, declining arctic ice, and rising sea levels wanes, the entrenched warmists’ grasp for familiar tags such as “pollution” or “environmental protection” to sanitize their grand schemes to decarbonize human societies. Consideration of the fundamental physical realities about energy and the environmental benefits of fossil fuels, which enrich human well-being across the world, are dangerously absent from the public square.