Why Won't They Just Say It? 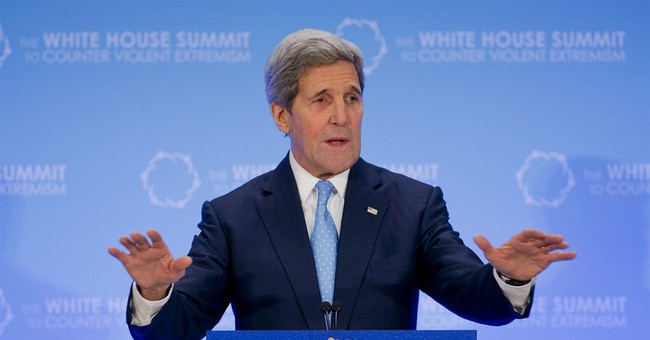 The White House is holding a summit this week titled “Countering Violent Extremism,” but you won’t hear them using the words “Islamic extremism”—and that’s on purpose.

ISIS, the most notorious and dangerous Islamic extremist group today, does not hesitate to invoke the name of “Allah” when it beheads its innocent captives. Make no mistake: These terrorists are fighting in the name of religion.

For three years our family has been pleading with this administration to simply name the enemy—call evil “evil.” Our only son, U.S. Navy SEAL Aaron Vaughn, was killed on the battlefield of Afghanistan in 2011. He gave his life fighting Islamic extremists. He had great clarity regarding the threat their ideology posed to western civilization and was willing to do anything necessary to keep that threat from our shores. This administration’s refusal to acknowledge the truth dishonors the sacrifice our son and so many others made.

President Obama, stop blurring the message. America cannot defend itself from an enemy it refuses to name. We have watched our troops return from the bloody battlefield consumed with anger over this president’s refusal to address their foe.

So let us lay this out clearly. This is a war about religion, and it will not end by pretending it does not exist. President Barack Obama’s refusal to admit it leaves the entire globe vulnerable, and his semantics are costing lives.

While America seemingly turns its face in denial, the Middle East is in upheaval. The Islamic State controls much of Iraq and is recruiting heavily in Afghanistan. The previously somewhat stable governments of Libya, Tunisia, Yemen, and longtime ally, Egypt, are in chaos. Islamic extremists have overthrown once-stable governments, forcing us to evacuate embassies throughout the region.

The clear and present danger of Islamic extremism is worthy of our focused attention and must not be watered-down by political correctness.

Caged humans burned alive, American policemen viciously attacked in the street by a hatchet-wielding psychopath, an Oklahoma grandmother beheaded in her place of work, bombs detonated at the Boston Marathon—killing three and injuring another 300, 21 Coptic Christians gruesomely beheaded as the cameras rolled. And still, this administration cannot bring itself to zero in on Islamic extremism?

So why the distraction? Why does this president so defiantly resist the truth? One is left to wonder if this summit was meant only to silence the millions screaming for some sort of strategy from this administration—some sort of direction in defeating this grisly adversary.

It’s time for this president to put the selfie stick away and offer unambiguous direction. We are the last, best hope of man on earth, and we must lead. But we can’t do that if we won’t even call our enemy by its name.