J. Warner Wallace
|
Posted: Dec 07, 2018 12:01 AM
Share   Tweet
The opinions expressed by columnists are their own and do not necessarily represent the views of Townhall.com. 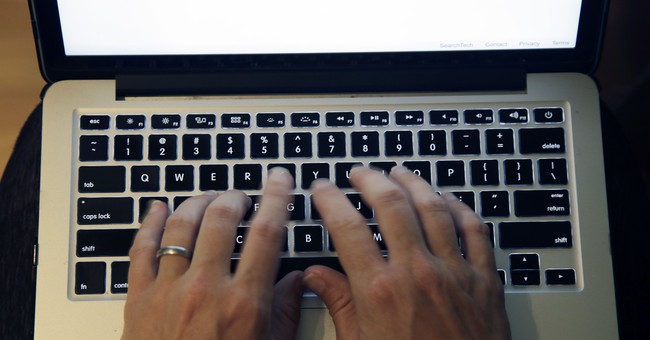 Many Christian leaders are concerned about the impact visual media is having on Christianity in America. Their concern centers largely around the moral messaging in contemporary movies, television series, and commercials – most of which runs contrary to the teaching of the New Testament authors. But that’s not the biggest threat our media consumption poses to the Christian worldview. Of far greater concern ought to be the way we consume information, news and entertainment, rather than the content of this media.

A recent article in USA Today illustrates the problem. Young people (ages 18 to 34) are fleeing traditional television networks in record numbers. “For the four weeks ending Oct. 28, coinciding with the start of the official TV season, the number of people ages 18 to 34 using TV has plunged 15% and is down 36% from 2014. The drop-off among teens – 18% from last year and 48% since 2014 – is even more pronounced.”

It's not that young people are consuming media less than their older counterparts – far from it. Instead, "Younger generations are growing up with more choices at their fingertips.” This reality threatens Christianity in America, just as it threatens nearly every other overarching worldview. Why? Because given our changing habits as media consumers, Americans are less likely to share the same metanarrative.

Oxford Dictionary describes a metanarrative as “an overarching account or interpretation of events and circumstances that provides a pattern or structure for people’s beliefs and gives meaning to their experiences.” Media often shapes our metanarratives. When there are fewer media voices – fewer choices in the smorgasbord of worldviews – we are far more likely to share a view of the world. In fact, before the information age dawned in America, few people were even aware of competing worldviews.

But that’s all changed.

Now, everyone has access to information on competing social, political and economic systems, as well as the entire palette of religious worldviews. More importantly, we can custom tailor our media consumption to amplify or ignore whatever view of the world we prefer (or reject). We don’t have to watch the same relatively unified media choices our parents did. Instead, we can retreat to our own crafted media realities – as individualized as those may be – and saturate ourselves in narratives and stories that fit our personal whims and fancies.

We live at a time in history when overarching cultural metanarratives, like Christianity, are less pervasive and influential than ever before. The technology of choice allows us to create our own “micronarratives.” We still love stories, but we are less likely to share the same story.

That’s why our current ability to freely consume media poses a threat to Christianity. It encourages us to isolate and steep ourselves in micronarratives at the expense of shared narratives. These shared narratives used to unify us as a people group, providing common language, common values and common expectations.

To be sure, Christianity isn’t the only overarching worldview that will be impacted by the shift away from shared story. Other political, social and religious metanarratives will also diminish in importance. In fact, any effort to provide a shared “pattern or structure for people’s beliefs” to give “meaning to their experiences” will be impeded by our growing desire for autonomy in our media consumption.

So, the next time you’re inclined to complain about the division you feel in America, or about the declining state of common values, take a minute to examine your own media consumption. Our unlimited, personalized access to media is slowly destroying our sense of shared narrative, whether that narrative is a Christian one or not.